Five Minutes at MUTEK With FaltyDL 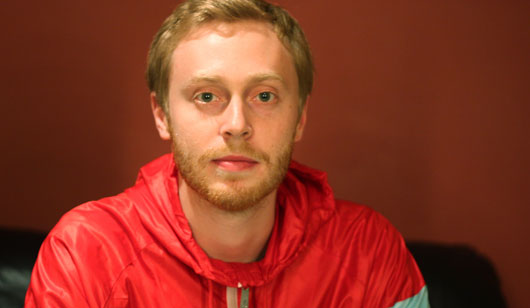 Five Minutes at MUTEK With FaltyDL

Amidst the hustle and bustle of this year’s MUTEK festival in Montreal, we snagged a few of our favorite artists for a quick chat about their impressions of the festival, the city, and, of course, some chatter about their music. Here, NYC producer FaltyDL dishes about his latest album, the growth of the bass scene, Montreal’s appreciation for meat, and why poutine is best in the middle of the night.

XLR8R: Is this your first time playing at MUTEK?
FaltyDL: Yes, it is.

As an artist who doesn’t strictly make techno, were you surprised when you got invited to play?
I don’t know the history of MUTEK that much—is it a techno festival? [laughs] Of course, I’ve always heard of it, but I remember seeing some lineups in the last couple years—I remember Actress and Pangea were playing MUTEK—so it’s not inconceivable that I would come play, too.

Lots of times you get lumped in with bass music (or post-dubstep or whatever it’s called). Do you feel like that scene is becoming more accepted, or at least more examined, by the greater electronic music community?
I think it definitely is. You see DJ charts by big techno DJs, and they will chart a Julio Bashmore tune or an Addison Groove tune; it’s definitely on the radar and it has a much larger audience than it’s ever had, a larger platform than it’s ever had. It’s still a pretty young type of music. There are so many different micro-aspects to it, and every producer is sort of doing his own thing, for the most part, so the ones that are getting more play are the ones really trying to do their own sound, and that’s being appreciated I think.

You recently put out a new album. How has the response been so far?
You guys really liked it. [laughs] The response has been really good. Reviews are funny. I’ve gotten better at not reading them all. I look at it a couple of different ways. First of all, it’s impossible for everyone to like something, so you’re if you’re only getting good press, someone is lying. It’s like, “Really, you thought it was that great?” Also, everyone has their own blog and their own tumblr and everyone is writing reviews, so there are just so many out there. And to decide what is more credible and what makes something a credible review is really difficult, so I don’t put a lot of weight into press as a whole. But then again, it’s completely necessary and it’s got to get published somewhere and people need to know about a release. There are some journalists and some reviews that have been really amazing, and I feel like they’ve really connected with the music, which is, at this point, I think further than they have to go. Anyone can write up a quick review and then whoever runs the website (or magazine) can be happy with it, and they’ll run it and that’s it, but when you get a reviewer who is really connecting with it—it’s sort of the way it always should be—but it feels like they’ve done more than they need to.

Have you been playing tracks from the record at your shows?
A few of the dancier ones, yeah, I definitely have. There’s more of a confidence for myself, internally, to play my own music these days. I feel think people are starting to come to my shows to see me and hear some of my music, which is a difficult thing to wrap my head around. It’s like “this is about my music.” I forget sometimes why I’m there. It’s important to have the confidence to play some of your own music, too.

What do you have on the horizon? More releases, touring, both?
A little bit of both. I have a couple more 12″s that will come out this year. I think I’m going to do another one with Planet Mu probably, another one with Swamp 81, a couple remixes are going to come out. I did a remix for Photek that’s going to come out really soon. If there is another album, and I hope there will be, it will probably be in about a year or so.

Is this your first time in Montreal?
No, it’s not. I was actually here a month ago, just on vacation. I was just up here with a bunch of friends, but this is my first time playing.

What’s your favorite thing about Montreal?
I went to this restaurant, Au Pied de Cochon, which I think means “pig feet.” I just feel like the restaurants up here have such an appreciation for meat, it’s ridiculous. I went to this amazing tartar restaurant, too, when I first got here. I brought a friend of mine who was vegan and he had a hard time deciphering the menu, but we had a good time. The food is great, the weather has been amazing, and the air seems pretty clean up here, especially compared to Brooklyn. I’m smelling things differently; it seems really nice, like a healthy place to live.

Have you tried poutine?
Yes, and I do like it, but it’s so incredibly heavy. I understand why people have it at four in the morning when they’re out of a club. It definitely will soak up a lot of alcohol in your stomach. I like it, but it’s too heavy to have all the time.

For more about FaltyDL at MUTEK, check out Part 1 of our festival wrap-up.