Five Minutes with Dabrye at Movement 2013 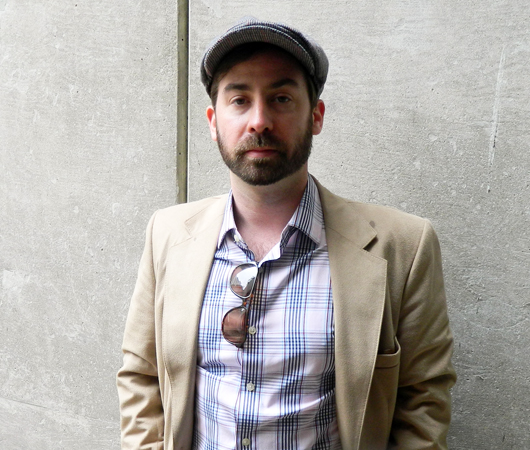 Five Minutes with Dabrye at Movement 2013

As XLR8R was getting ready to head to Detroit for this year’s Movement festival—which we wrote about and photographed extensively—there were many acts we couldn’t wait to see, and Ann Arbor native Dabrye was very high on that list. Maybe it’s because we’ve been seriously missing his kind of leftfield hip-hop beats since his last solo album dropped in 2006, or perhaps it’s because he was one of the few producers of that genre to play Movement, but we quickly went after a chance to interview the artist born Tadd Mullinix while we had the chance. During our quick chat, Dabrye recalled some of his early memories of the first Movement festival, shared his thoughts on the so-called “beat scene,” and gave us an update on the third installment of his LP trilogy.

XLR8R: That was a good set you just played. How did it feel?

Dabrye: It felt good. The rain was coming down a bit, so I had to fight that, but it was good.

When you play, do you normally do DJ sets, or do you also do a live PA?

I used to do a live PA, but I’m transitioning to new software right now. I’m in the middle of moving from All Sound Tracker to Renoise, which is also a tracker. It’s really great and up-to-date—meaning it supports VST and all that kind of stuff.

Being from the Detroit area, do you remember when Movement started?

I actually played the first Movement festival [then called Detroit Electronic Music Festival, or DEMF] in 2000.

I played as Tadd Mullinix, my birth name. At that time, I had an album out on Ghostly under my birth name, so they wanted to book me under that name. So when I played back then, I played all different kinds of music from my various aliases.

Having been at the first Movement festival, have you noticed much that has changed since then?

Well, the crowd is younger. Being in my mid-30s, I’m now seeing the difference between myself and young people. Especially because now they’re going out, throwing shows, and all that kind of stuff. So, that stands out, because you see the new styles and new attitudes. The other thing is that the [sound] rigs seem to be bigger. And, of course, back then it was free.

Was it about the same size, same number of stages?

There might’ve been fewer stages, but not that many, if there were. I’m not sure. It was a similar set-up. I played the Underground stage, and there were a lot of people there. I was a really young artist at the time, but the thing about festivals is that there are tons of people everywhere. So, if there is good music happening, they just kind of gravitate to it. Of course, more gravitate toward well-known artists, but the cool thing about festivals is that if they book a young, up-and-coming talent, people are there to hear it. It’s a different environment that way.

There was a bit of a lull for a while with Dabrye, but recently your name has been around a lot more. Is this at all leading up to new music?

Well, there’s new music coming, but if there’s any campaign or hyping for it, I have nothing to do with it. Like, Ghostly released these t-shirts and tweets and stuff that said “Free Dabrye.” I think Michael Cina had something to do with it. He was kind of like, “It seems [Dabyre] is locked up somewhere. There’s no new music coming out.” But all the while I was doing remixes and stuff like that, but there was no new album yet.

And you were doing a lot of James T. Cotton stuff, as well.

Yeah. There was like a blast of three EPs of all very different styles for a bunch of different labels: Shaddock did Beats in Space, Killekill did Sonic Criminal, and HoyaHoya did the Park Days EP.

Does this mean that the third part of your trilogy is on its way?

It is on its way, just a lot slower than the other ones, obviously. I’m building beats, but we’re yet to really get MCs on the beats.

So you are looking for MCs?

Yes. I really want to. We’ll see what the label wants to do, but my ideal situation would be that I can release an album, rather than like an instrumental EP or something.

Are you trying to move away from that “instrumental hip-hop” scene?

The way I feel is, like, I’m doing my thing. The LA beat scene, you know… Although I’ve done shows with a lot of those guys, like Ras G and Kutmah, they’ve totally, like, gone on stage with a microphone and told the audience, “Hey, Dabrye was doing this [kind of] stuff a while ago. You guys have to listen to him.” So, in a way, I feel like an outsider. I feel like I had something to do with that scene, but I’m not really connected with it.

Any final thoughts about Movement 2013?

It’s fantastic, young people coming out and discovering music. It’s great. To me, it’s important that, especially in our American capitalist culture, people embrace art and identify with it as a sort of cultural experience. It’s something that I think needs a lot of reinforcement in our society.