The LA-based genre mashers tell us about the major influences on their new album, Boys […] 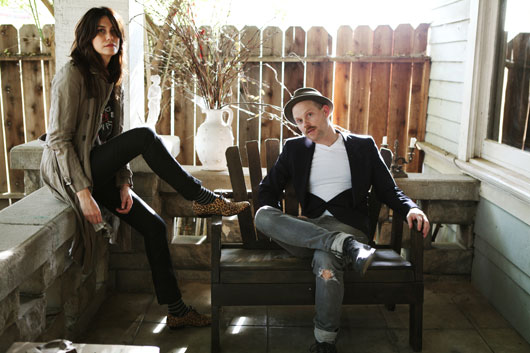 The LA-based genre mashers tell us about the major influences on their new album, Boys […]

The LA-based genre mashers tell us about the major influences on their new album, Boys and Diamonds.

DJ Beppe Loda’s 1985 Mix
DJ Loda was part of the Italo-disco scene, and a resident at the Typhoon club from 1980 to 1987. This mix goes through a collage of electronic sounds mixed with funky guitar riffs and Kraftwerk synth leads. He has a way of going off into totally different tangents, which he somehow makes flow perfectly.

OMD’s Orchestral Manoeuvres in the Dark
OMD‘s keyboard sounds are points of reference when adding sounds to our songs. The opening to “Almost” is probably the best opening synth line in a song, and we love how they use hissing hi-hat sounds. And “Electricity” is one of our all-time favorite songs.

Scientist’s Scientist Rids the World of the Evil Curse of the Vampires
Scientist has his signature sound in dub with his bleeps and reverb crashes. He made dub almost sound like electronic music. This album has probably some of the best production of drums, and is also filled with evil laughs and lines like “I want blood.”

Congotronics 2: Buzz ‘N’ Rumble From the Urb ‘N’ Jungle
This was the second release of the Congotronics series. It is filled with electrified likembes and makeshift percussion instruments, like spray cans and car parts. All of this is played through their homemade soundsystem. It has the sound of primitive electronic trance music.

Giorgio Moroder’s “From Here to Eternity”
This song kicks ass. The ultimate dance song, with a tight beat and an arpeggiation that fades in, bringing you to Moroder‘s futuristic disco sound. Plus, he had such smooth, cool style.

Boys and Diamonds is out this month on Kompakt
ranbowarabia.wordpress.com