A wrap-up of the best on offer at the annual gear convention. 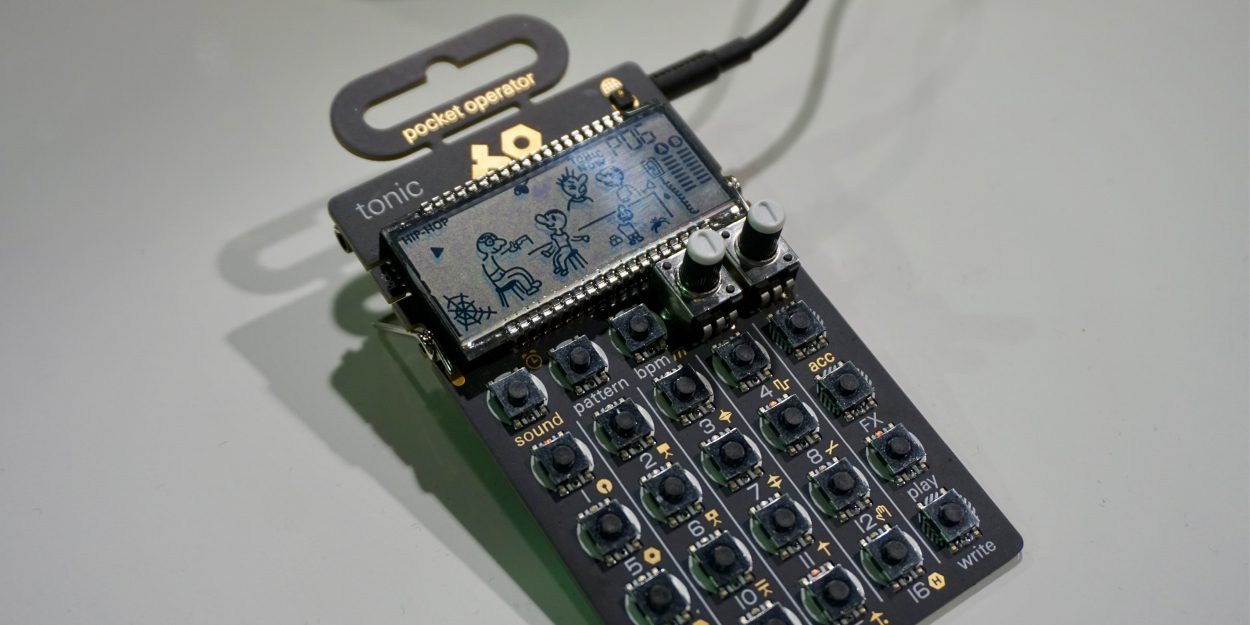 A wrap-up of the best on offer at the annual gear convention.

NAMM 2017 has come and gone, amidst a series of rather torrential downpours in traditionally sunny Anaheim, California. Though there was perhaps less emphasis on throwback products and re-releases than we’ve seen in recent years, the show once again saw a great deal of focus on hardware, with plenty of both modular and outboard gear on display. We’ve gathered together some of the most interesting developments and products below.

Elektron Digitakt
While it showed up in only a single, unfinished unit behind a protective glass case, it’s tough not to be excited about Elektron’s Digitakt. The newest from the Swedish manufacturer is an eight-track digital drum machine and sampler, and extremely capable one at that with its compact size, extremely beckoning back-lit buttons, and crisp OLED screen. It’s even got eight dedicated MIDI tracks (with Elektron’s tried-and-true sequencer onboard), meaning it can potentially serve as the hub for your other hardware machines as well. While we weren’t able to hear or use it, the device is expected to cost $650 when it launches in April.

CLICK A PHOTO TO ENLARGE AND ENTER GALLERY BROWSING

Teenage Engineering PO-32 Tonic
With the PO-32 Tonic, Teenage Engineering’s Pocket Operator line gets its most advanced member yet. The PO-32 features tight integration with Sonic Charge’s excellent MicroTonic plugin, and lets users transfer sounds and pattern sets over the air between their computer and the PO-32 using its onboard microphone. It accomplishes this through the same technology used by old modems (complete with data screeching), and the result feels like something akin to magic. The company also showed an updated prototype of its OP-Z synthesizer, which continues to thoroughly impress. Among other things, the device will allow users to program custom audio and video patches using a special iOS app, connect to DMX lighting and laser setups, and more—all in a device that fits in your jacket pocket. The OP-Z is expected to be released in September 2017.

Bitwig Studio 2
A surprise from the company attempting to give Ableton a run for its money, Bitwig Studio 2 brings an incredible amount of modulation power to the table. Redesigned from the ground up, there is now a host of new tools: effects chains are opportunities for infinite modulation via modulators, which are incredibly fun and easy to use. There’s a navigation toolbar that’s now fully customizable and results in a cleaner interface, as well as new hardware integration options: brand-new CV and MIDI devices, as well as integration with Bastl Instruments’ new Klik device for easily syncing your modular to your DAW. Bitwig Studio license holders can apply for a beta license here, and the expected release date for Bitwig Studio 2 is February 28, 2017.

Moog
Pulling a trick out of Patagonia’s Black Friday playbook, Moog used NAMM 2017 as an opportunity to show off precisely zero new products. Instead, the company used its space to celebrate some of the great musicians and music technology innovators we’ve lost in recent times, essentially transforming its rather large booth into a museum installation focused on the likes of Pauline Oliveros, Don Buchla, Keith Emerson, and Bernie Worrell. Show-goers were also able to enter into a draw to win Moog gear, by posting a photograph of a quote from one of the featured legends to social media. Amidst the commercial frenzy that is the NAMM show floor, Moog’s tasteful counterpoint served as a friendly zone for contemplation and inspiration.

Apple’s big news from NAMM 2017 is that its music production ecosystem continues to grow and evolve, from iOS to MacOS. Perhaps most interesting is iCloud sync for projects, letting you open Logic projects on your iOS device, make edits, recordings, and additions, and then see them reflected back on your desktop machine running Logic, automatically. There’s now multi-take recording on GarageBand, as well as integration of Logic’s Alchemy synth. Apple has updated Logic with a new, flatter, cleaner UI, and the Touch Bar on the new MacBook Pro now lets you move through arrangements, access Smart Controls, and keyboard shortcuts, and even play instruments and drums. Logic’s mixing engine has been updated, as well, with a 64-bit summing engine and true stereo panning. Both updates are free and available now.

While there were too many cool modules on display at this year’s show, 4MS unleashed a couple of beasts that were tough to ignore. Its Stereo Triggered Sampler has an onboard SD card slot for loading and saving samples, and stereo inputs for live sampling. Samples can be selected via knob or CV, and there are knobs for pitch, sample start point and length and a reverse button—essentially all of the parameters can be addressed via the patch points at the bottom, and it can be used as either a stereo unit or as two independent samplers which can also be synced to one another. The Tapographic Delay, meanwhile, is a mono in, stereo out multi-tap delay effect, supporting up to 32 taps. The buttons along the top of the module select presets, and the delays transitions between them; the pad responds to velocity, which can be assigned to VCA, filter and other parameters, while time, feedback, wet/dry, and modulation controls are on knobs and also available via CV.

Bastl Instruments KLIK
Bastl Instruments’ KLIK is a tiny sync device, enabling users to create solid analog sync signals between their computer and hardware synths. It’s old-school but effective, using audio tracks for synchronization purposes, and enabling the recording synths exactly on the grid while compensating for your sound card’s latency. You can even add groove to your clock. Bitwig 2.0 supports this device natively with a HW CLOCK device, but Ableton should work fine as well using a simple device that can be downloaded from the Bastl website. For around $50, this tiny device should be an extremely useful bit of glue for modular synthesists.

Akai MPC Live and MPC X
Akai returns to the production machine ring with two new MPC models: The MPC Live is the smaller of the two, with multi-colored LEDs, a seven-inch touchscreen where you can browse, edit and arrange, and 16GB onboard storage for samples (which can be expanded with a 2.5-inch SATA SSD/HDD). It even has a built-in battery, making this a truly portable production machine. For its part, the hefty MPC X features a 10-inch touchscreen, more controls, additional MIDI ports, as well as CV connections that allow the MPC X to control modular and legacy gear. Both the MPC Live and the MPC X will be available around March costing $1,199 and $1,999 respectively.

Pioneer TORAIZ AS-1
While the AS-1 is the first analog synthesizer from Pioneer, it’s actually a collaboration with Dave Smith Instruments, based on the well-known Prophet-6; in fact, the voice is exactly the same as the Prophet-6, with the same VCOs and filters. The AS-1 automatically syncs with Pioneer’s DJM mixer and CDJs, and the portable form factor and touchscreen keys are similar to those on Roland’s AIRA TB-3. Releases in March for $499.99.