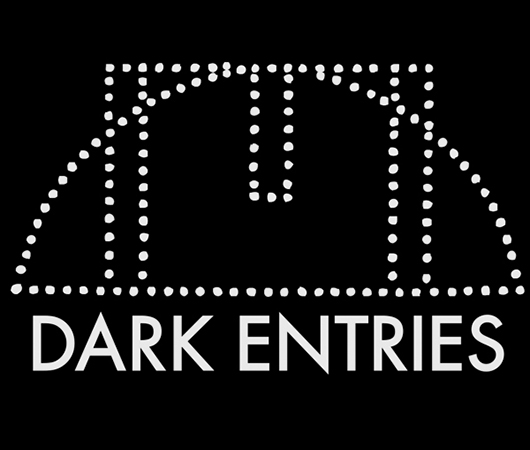 In the rapidly evolving world of electronic music, it’s all but impossible to keep track of every new artist, label, party, and genre. At the same time, certain names will inevitably pop up again and again at the XLR8R office, some of which we’ve only given passing mention to on the site. In an effort to get our readers up to speed with some of the things—both new and old—that we’ve been digging lately, we’ve launched a new feature series called ‘Get Familiar,’ which aims to shine a spotlight on subjects we think are worthy of a little more attention.

Josh Cheon is passionate about the music he loves. That much ought to be obvious to anyone who’s even passingly familiar with Dark Entries, his label. Over the past five years, he’s created an imprint that reflects a serious devotion to the darker and more obscure side of ’70s and ’80s electronic music—the label’s name is actually an homage to “Dark Entries,” the first single released by canonical UK goth rockers Bauhaus. Splitting his time between reissuing lost classics and releasing new material in the vein of the industrial synth-pop of the past, the imprint has gradually become a major guiding entity in the continuing exploration of the formative years of electronic dance music.

That status was solidified last year with the release of School Daze, a moody and tripped-out compilation of previously forgotten gay porn soundtrack work and collage sketches created by late San Francisco Hi-NRG pioneer Patrick Cowley. (In truth, the record was jointly released by Dark Entries and HNYTRX, the label offshoot of San Francisco’s Honey Soundystem crew, which counts Cheon as a member.) The music’s rarity was obviously key to its appeal, but there was more to it than that; like all Dark Entries releases, School Daze was a beautifully executed artifact, complete with a silkscreened double-LP gatefold, a fresh re-master courtesy of Fantasy Studio’s George Horn, and a memorial article penned by Jorge Soccaras, Cowley’s one-time bandmate and friend. That level of attention to detail runs through the entire Dark Entries catalog.

Cheon started the label in 2009, three years after moving to San Francisco from New Jersey. (It was there that he had developed his taste for synth-pop via trips to a Manhattan goth club called The Bank and also built industry acumen while interning at Beggars Banquet and DFA.) The first Dark Entries release was a reissue of Bas Relief, an extremely rare LP recorded in 1986 by obscure New York darkwave group Eleven Pond. Though it was initially issued as a limited-edition, hand-numbered run of 500 copies, Cheon has since developed a less collector-centric philosophy. “I realized I was just reissuing this stuff to have it go out of print and go for collectors’ prices on the second-hand market,” he says. “Especially with the hand numbering—it becomes less about the music and more about the product and the vanity of it all. It’s not about the value, it’s about getting the music into people’s hands.”

This populist ethos can be felt in Dark Entries’ less obviously rare reissues—the label has released remastered Italo disco tracks, like Big Ben Tribe’s “Tarzan Loves the Summer Nights” and classic industrial, like Severed Heads’ “Dead Eyes Opened”—and also on its compilations, like the Bay Area Retrograde series, which features extremely rare tracks culled from the ’70s and ’80s Bay Area new wave, post punk, and industrial movement. “The synth-pop and darker stuff was always more marginalized here,” explains Cheon, “and they just kind of fell by the wayside. I mean, SF has never been a big city. There was a hippy backlash, and I think people thought, ‘How could industrial music come out of this city?’ People can name New York no-wave bands, but not one can name SF stuff.'”

Despite the volume of its reissued content, Dark Entries also releases material from contemporary artists—many of which are based in the Bay Area. “The original plan was to press one reissue and one contemporary record, but I couldn’t sustain that because I couldn’t find new bands. So my fanaticism for digging just kind of delved into finding bands,” Cheon says. Much like his reissue work, he has a knack for finding obscure modern groups that embody the spirit at the heart of his label; for instance, Death Domain‘s “Ethidium Bromide” sounds as bleak as anything recorded during the lows of the Reagan years. The same goes for the industrially tinged REDREDRED and the spikey proto-techno-leaning textures of Inhalt and Max + Mara.

As Dark Entries passes its fifth anniversary—which Cheon celebrated last month by embarking on a US tour with a few members of the label’s roster—the imprint is standing strong. Recent months have seen highly anticipated reissues of influential ’80s acts Severed Heads and Xymox, the second volume of Bay Area Retrograde is about to appear, and a double-vinyl reissue of Patrick Cowley’s and Jorge Socarras’ Catholic is in the works, along with more Italo reissues and the labels’ very first Detroit electro reissue. In short, Dark Entries’ seemingly endless procession of material—new and old—appears poised to continue unabated, and although Cheon is unwilling to speculate exactly where it’s all heading, it seems safe to say that there will be plenty of exciting things on the way in months and years ahead.