The Irish house producer is known for lush chords and gorgeous pads, but he's capable of much more than that. 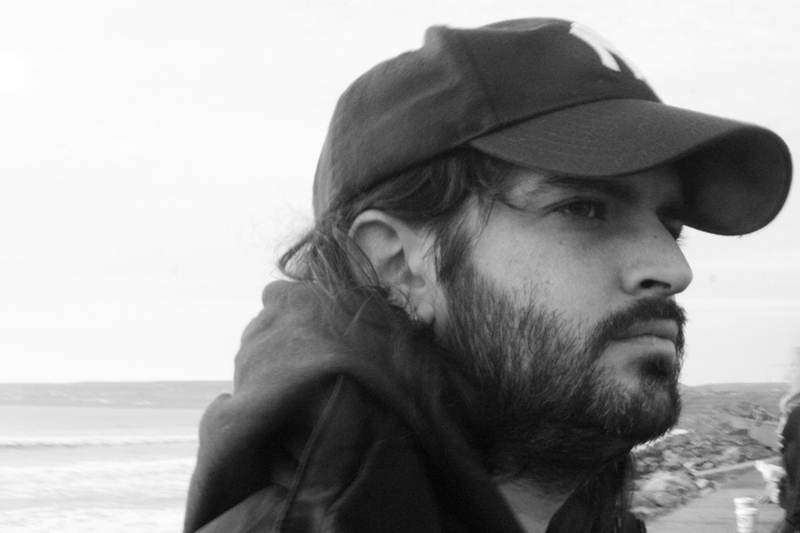 The Irish house producer is known for lush chords and gorgeous pads, but he's capable of much more than that.

The ocean has always been there for John Daly. “The house I grew up in, our first house, was literally 100 meters from the ocean. Our door, the street, and the beach,” he says. Growing up in a small town in Ireland, it was the main source of entertainment for him and his friends as teenagers. “Only for one year, when I lived in London, it wasn’t there. I was definitely an edgier person—I wasn’t myself,” he adds. To this day, the sea is a constant presence in the life of the Irish producer, a place he returns to multiple times everyday with his dog in Galway, Ireland.

Its influence can be heard in his music. The chords and pads in his house tracks—whose titles regularly reference water—are often calming, as they hypnotically wash over listeners like endless tides. Sumptuous synth tones evoke mental imagery of deep bodies of azure water, the ripples on the surface echoed in the delay and reverb effects Daly applies to his various sonic elements. There are more aggressive moments as well, with synth progressions churning and crashing in ways that delight dancers and DJs alike.

Daly’s musical education began in local pubs, where his father performed in amateur folk bands. Perhaps in response, his youth was spent binging on heavy metal. But as house tunes like 2 Unlimited’s “Get Ready for This” found their way onto Irish radio and dance-adjacent rock bands like Stone Roses and the Happy Mondays received praise in the pages of NME, Daly’s tastes widened as a teenager. “I remember buying [The Orb’s] UFOrb, The Prodigy’s Experience, and The Charlatans’ “Up to Our Hips” in the same weekend with my Christmas money,” he recalls. In college, the music of Super Furry Animals and Grandaddy inspired him to incorporate synthesizers and a sampler into his musical repertoire, opening the door toward purely electronic music.

Daly spent the next eight years honing his craft, working through a hip-hop phase but keeping the genre’s love of sampling at the core of his sound. “All my drums are samples, always have been,” he attests. “There’s something about taking a sample and pushing and pulling it until it sounds right. When you work with samples, you have less of a preconceived idea of where the music’s going to go. There’s only so much you can do with a drum machine.”

After a few attempts to shop his tracks to record labels went nowhere, Daly and a friend decided to start their own label, Feel Music. His first release, Birds, arrived in 2006. Cooking at a local restaurant to pay the bills—which he still does today—Daly spent much of his time in the studio exploring the possibilities of his sound, writing four albums and more than 30 singles and EPs to date. He’s recorded for a who’s who of the world’s top house and techno labels, with multiple releases on Secretsundaze, Drumpoet Community, International Records Recordings, Plak Records, and Wave Music, and has also penned notable outings for Mule Musiq, Further Records, and Tanstaafl Planets.

However, Feel Music and Daly’s more recently launched imprint, One Track Records, continue to be the most consistent homes for his music. The latter, which started after Feel Music went dormant due to creative differences between Daly and his label partner, showcases multiple versions of a single track. “I really like it because it forces me to stretch my creativity,” Daly enthuses. “I could spend three-four months working on the a-side, but I could have the b-side done in an afternoon. The other versions are often better than the original!” Daly also intends to reboot Feel Music this year, and already has a clutch of new records scheduled for release in the months ahead.

In the midst of issuing all of this music over the past several years, Daly has naturally evolved as an artist, gradually expanding the boundaries of his sound. After finishing his Sunburst album for Drumpoet Community in late 2011, making more house music wasn’t as appealing. “[I was telling myself], ‘This is shit, this is formulaic.’ I’d just had an overdose,” he says. “So I decided to lash down the tempo and see what’d come out of it.” This was the birth of his new alias, The Smoke Clears. “These tracks just came together incredibly quickly because I was having so much fun with them.”

Running the musical gamut from pensive downtempo to eccentric IDM and gorgeous ambience, and drawing upon Manuel Göttsching’s kosmiche explorations and Aphex Twin’s Selected Ambient Works as influences, the tracks eventually became the album Listen for Further Records. “I have a second The Smoke Clears album sketched out, demo-ed. I’m not really ready to go back to it yet,” Daly notes.

Nevertheless, Daly’s forthcoming releases do suggest that he continues to enjoy getting out of his comfort zone. The 11 51 26 41 2 EP for Running Back contains five 135-plus bpm techno tracks, while an as-yet-untitled One Track Records single offers both hip-hop and banging techno mixes. But as the Shine EP, which dropped this week via the Love Fever label, reminds us, Daly has no plans to leave deeper house behind. Like the ocean, these timeless sounds will likely be with him always.