How You Can Help, Donate, Learn, and Advocate for the Black Lives Matter Movement

A resource to aid in the fight for racial equality. 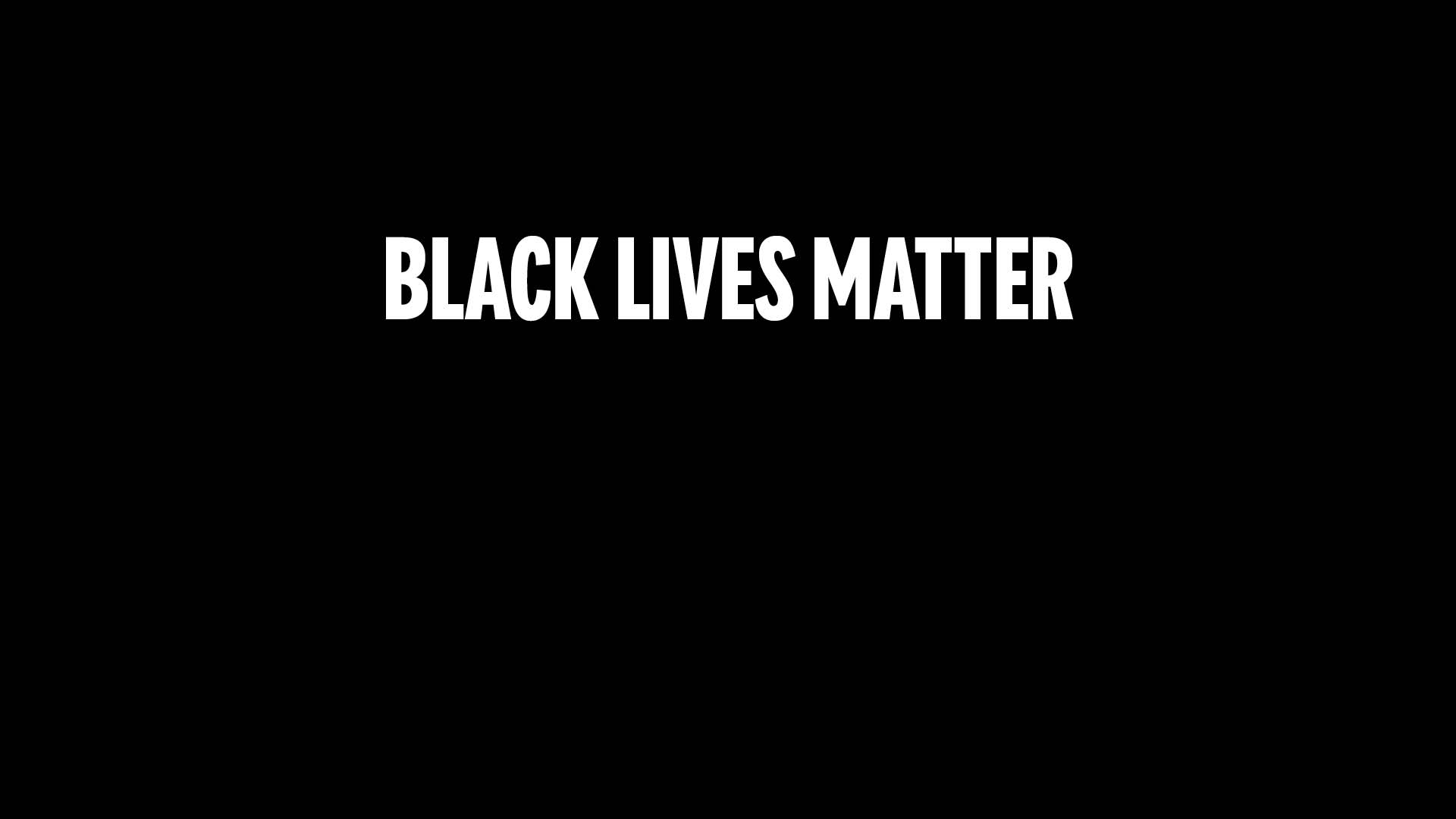 How You Can Help, Donate, Learn, and Advocate for the Black Lives Matter Movement

A resource to aid in the fight for racial equality.

As protests continue in response to the recent deaths of George Floyd, Breonna Tayler, Ahmaud Arbery, and Tony McDade, and the centuries of murder, oppression, and police brutality directed at the Black community, we’ve compiled a resource list to use in this fight for justice and equality.

It’s not up to the Black community to continually teach the world—they are rightfully exhausted for doing so for hundreds of years. The onus is on everyone to educate themselves and support the Black community—to be resourceful and reliable allies—so we can dismantle the systems of oppression, injustice, violence, and systemic racism they have been facing for centuries.

We all must use what resources we have to aid in this fight. If you can’t attend a protest, donate; if you can’t donate, educate yourself and your family and friends, and share vital information with your communities.

If there is anything you think should be added here, or if you have any thoughts you want to share, please email us at operations@xlr8r.com

A helpful and exhaustive document linking and providing resources, including lawyers donating/offering their service, bail funds, tips if you attend a protest, action items for people who cannot donate or protest in person, and much more.

A movement and global organization fighting for freedom, justice, liberation, and to eradicate white supremacy. BLM also works to build local power and movements to intervene in violence inflicted on Black communities by the state and vigilantes, and to create a safe space for Black imagination, innovation, and joy.

A fund set up by George Floyd’s brother Philonise Floyd to cover funeral and burial expenses, counseling, lodging and travel for court proceedings, and family assistance in the seek for justice. Some of the funds will also go to the Estate of George Floyd for the benefit, care, and education of his children.

I Run With Maud

A gofundme raising funds to assist Ahmaud Arbery’s mother and immediate family with financial support and to aid in their struggle for justice for the murder of Ahmaud Marquez Arbery.

A resource to aid in the fight for justice for EMT and first responder Breonna Taylor, who was murdered by Louisville Metro Police, who shot Breonna’s home with 20 bullets, hitting her eight times, and killing her in her bed. The killing took place looking for a suspect the police already had in custody and who didn’t even live in the complex Breonna lived in. No explanation was given to any of Breonna’s family.

Black to the Future

Black to the Future is a city-supported, community-driven call to action for Black empowerment in San Francisco. The collaborative strengthens the city in areas of family support and advocacy, health and well-being, education, workforce development, and violence prevention.

This page will split a donation to all the bail funds, mutual aid funds, and activist organizations listed on this page, or allocate specific amounts to individual groups.

Color Of Change is the largest online racial justice organization in the US. Color Of Change designs campaigns that will challenge the corporations and politicians who need to be challenged.

Through art, culture, and media, Sankofa educates, motivates, and activates artists and allies in service of grassroots movements and equitable change. The organization fights injustice that disproportionately affects the disenfranchised, the oppressed, and the underserved.

Reform Alliance aims to dramatically reduce the number of people who are unjustly under the control of the criminal justice system, starting with probation and parole.

An intersectional social justice organization made up of organizers, lawyers, artists, and survivors of injustice that address systemic and racial injustice. Until Freedom focuses on investing in those most affected by poverty, inequality, and state violence.

America’s premier legal organization fighting for racial justice. The LDF works to secure the political, educational, social, and economic equality of rights in order to eliminate race-based discrimination and ensure the health and well-being of all persons.

Through camps and initiatives, Know Your Rights Camp advances the liberation and well-being of Black and Brown communities through education, self-empowerment, mass-mobilization, and the creation of new systems that elevate the next generation of change leaders. The organization also has a legal arm, The Colin Kaepernick Know Your Rights Camp Legal Defense Initiative, that has teamed up with top US defense lawyers to provide legal services for those in need.

Loveland Foundation, through therapy, fellowships, residency programs, and listening tours, provides opportunity and healing to communities of color, and especially to Black women and girls.

Racial Equity Tools is a platform that supports individuals and groups working to achieve racial equity via tools, research, tips, curricula, and ideas. This applies to systems, organizations, communities, and the culture at large.

Black Lives Matter has put together an easy-to-navigate resource on ways you can educate yourself and be an ally to the Black community, including documents on anti-racism, talking to your parents, Black history, prison abolition, and many other vital lessons and resources. We implore our readers to use this as a daily and vital knowledge base.

Through the lens of being a person of color in Britain today, Reni Eddo-Lodge’s book provides a framework for how to see, acknowledge, and counter racism. It explores issues such as eradicated black history, the political purpose of white dominance, whitewashed feminism, and the link between class and race.

Austin Channing Brown’s “I’m Still Here” is an account of growing up Black, Christian, and female in middle-class white America.

“Me and White Supremacy” by Layla F. Saad

“Me and White Supremacy” is essentially a guide that takes readers through a journey of understanding their white privilege and participation in white supremacy, so that they can stop inflicting damage on black, indigenous and people of color

“The Fire Next Time” by James Baldwin

Consisting of two essays written on the occasion of the centennial of the Emancipation Proclamation, “The Fire Next Time” is a powerful evocation of James Baldwin’s early life in Harlem and a disturbing examination of the consequences of racial injustice

“How To Be An Anti-Racist” by Ibram X Kendi

In “How To Be An Anti-Racist,” Ibram X Kendi uses ethics, history, law, and science to point the reader towards liberating new ways of thinking about ourselves and each other and to think about what an antiracist society might look like, and how we can play an active role in building it.

An eye-opening and startling film by Ava DuVernay that gives an in-depth look at the prison system in the United States and how it reveals the nation’s history of racial inequality. The film shows how through law and amendments, the US continued slavery as a punishment for a conviction of a crime.

“The Black Power Mixtape” gathers 16mm material shot by Swedish journalists who came to America to document the civil unrest and revolution. The journalists gained unprecedented access to leaders of the Black Power Movement, capturing them in intimate moments and interviews.

“When They See Us” by Ava DuVernay

Another heartwrenching film by Ava DuVernay depicting the true story of five Black teens from Harlem who are falsely accused of a brutal attack in Central Park, New York.

Aside from the funds and organizations found at the top of this page—most of which have active pages on social media—below is a list of activists, academics, and teachers to follow on social media for daily updates, knowledge, and protest information.

Tamika D. Mallory is an activist, civil-rights leader, and co-chair of Women’s March.

Indya Moore is a Trans activist, model, actor, and director. They were named by Time as one of the 100 most influential people in the world in 2019.

Rachel Cargle is an academic, activist, lecturer, and writer who provides intellectual discourse, tools, and teaching in regard to race and womanhood.

A grassroots organization aiming to radically transform policing and justice in America.

An education, research, and policy organization dedicated to parenting and education through a critical race lens. This organization is especially important for parents and includes resources, books, and relief for families.