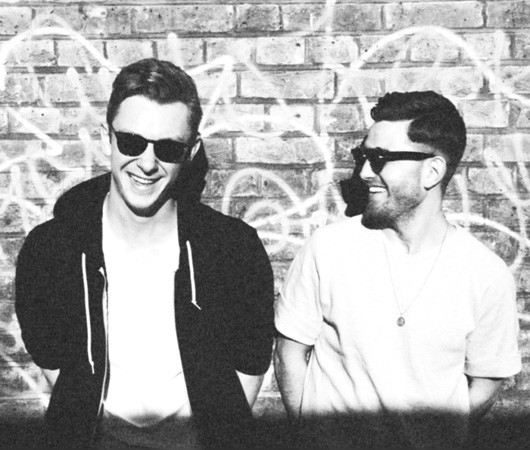 Although Bicep is now garnering plenty of acclaim for its production work and newly minted label, the house-obsessed duo of Andy Ferguson and Matt McBriar first built its name on the pair’s crate-digging abilties. This talent has been most clearly been exhibited via the two Irishmen’s long-running Feel My Bicep blog, but has increasingly been on display via their unabashedly euphoric and often retro-flavored DJ sets. Given the now London-based pair’s penchant for unearthing old-school gems, we figured that the members of Bicep would be excellent candidates to participate in our ongoing High Five series. Fresh off a US tour—one which also included a stop at the famed Beats in Space radio show for a rare live set of completely unreleased material—the boys have put together a list of five tunes that they’ve tabbed as “vocal vices.”

This one caused quite a stir on our FADER and Boiler Room mixes. It’s gone from $8 when we bought it four months ago to $150 on Discogs since the track ID was discovered! This is MK’s brother bringing the sizzle. For us, it sums up the that early-’90s sound perfectly. Supremely positive and summery, the track brings a smile to every floor it hits. Classic Rhodes keys and a vocal that gets stuck in your head. This is HOUSE!

Big, big house track from back in 1991. Fans of Tony Humphries should know this one for sure, as it appeared on quite a few mixtapes from that early-’90s era. (The “Slammin” remix is actually by house legend David Morales.) The snare patterns in this totally kills it, and they’ve been matched with the perfect end-of-the-night vocal. This one rarely leaves the crate, it’s more super positive house music.

Be it the tiniest back-room club or a full-capacity festival tent, when this bad boy goes off so do our tops! We’ve played this in clubs all over the world and it gets the same reaction everywhere. And… It’s Stanton Warriors!!! What?!?! The first drop causes pandemonium; proper, proper UK garage vibes first released in 1999.

Smoldering, soulful, shuffling house at its very best. It’s a perfect tune for the warm up! We have had to buy this on wax twice after warping our first copy. It’s actually a house interpretation of the Jill Scott and Mos Def classic “Love Rain.” Fans of Masters at Work and Mood II Swing are gonna be diggin’ this.

This track is a tip of the cap to that carefree, positive ’90s vibe that we love so much. The funny thing is that it was actually created very early one Sunday morning around 7 a.m., when we were super hungover and probably not feeling the most positive. It may have been an attempt to cheer ourselves up! For us personally, as much as house music will evolve and develop, NOTHING beats a nice piano riff and some chopped-up vocals.