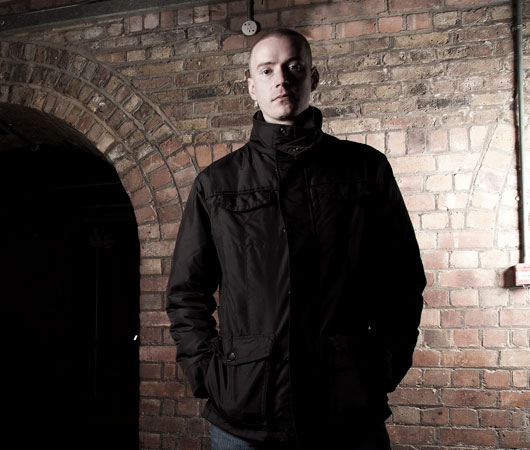 Recent years have seen dubstep largely leave behind its modest beginnings while growing into a commercial and global force, but XLR8R hasn’t forgotten the music’s early days, a time when just a handful of producers were turning out speaker-rattling tunes and altering the UK landscape. Pinch (a.k.a. Rob Ellis) was one of those artists; between his own production work and role as founder of the Tectonic imprint, it’s fair to say that dubstep wouldn’t have been quite the same without his input. Earlier this week, the Bristol-based beatmaker released MIA: 2006-2010, a collection of rare and hard-to-find tracks. Given that the record found him looking back through his past, we figured now would be the perfect time to enlist Pinch for our High Five series. The veteran producer was more than happy to comply, and picked out five of his favorite old-school dubstep classics. The twist? None of these tunes actually saw an official release.

In Ellis’ own words:
The following five tracks are all old-skool dubstep cuts that never made it to vinyl and all came from a time when the main dubstep players were still UK based and cutting acetate. All are personal favorites of mine that I cut (and still have) on dubplate. Sadly, there are a number of other ‘lost dubplate’ tracks that I couldn’t include here, as they’re not on YouTube (or I couldn’t find them at least), especially when looking for some of the older ones.

I had to limit myself to just one Loefah-related rhythm, as there are quite a few that never made it off acetate, like “Midnight,” “Natural Charge,” “Just A Beat,” “Woman,” “Babylon,” and so on. This was one of the key tracks that really saw Loefah cement his infamous sound, following the devastating “Horror Show” on DMZ002 (2004). As far as I can remember, this is generously titled as a remix of D1‘s demented original (also a classic), simply because Loefah liked the 2001: A Space Odyssey vocal sample D1 had used in his version, which I believe is the only part the two versions of the track share. An important part of dubstep history.

Given away around a year ago as part of one of Skream‘s Freeizm free downloadable albums, this otherwise unreleased track first popped up in mid/late 2004 (if my memory serves me right), and was one of my favorite Skream tracks of the time. Simple, dark, brooding, and cinematic, this one is more than the sum of its minimal parts by far and is one of his earlier ventures in half-step. (Yes, it was new back then!)

Magnetic Man “Alright, What Happened – Is Everything Cool?”

Following on then, topically, is my all-time favorite Magnetic Man track that also never saw a release. It’s one of the first combined efforts between Skream, Benga, and Artwork and still sounds fairly fresh to this day! I guess they didn’t want to clear the vocal sample—I can’t think why else they wouldn’t have released it, as it was a massive tune on dubplate back in the day (circa 2007 I think) and always used to tear up the dance. I’m not sure what the proper title of the track is either, so this is a bit of a guess based on the main sample it features.

I think this was put together around late 2007 and is a definite old favorite of mine—so much so that I had to re-cut it after wearing out the original dubplate and I have since gone on to wear that dubplate out, too! Tough congas and punishing subs carry this rhythmical roller in a heavyweight meditational stylee. The mood and movement of this track encapsulates a lot of what I looked for in a tune to play out at the time—dancefloor energy through percussion rather than wobble/mid-range bass. It’s also the only collaboration I’ve heard between Mala & Pokes (both on the buttons, by the way).

This is a VIP version of the first track Distance and I wrote together (the original was written in 2006, released in 2007, and the VIP followed some time in 2008) as part of our Deleted Scenes project, which is still quietly (for now!) ongoing. I still play this VIP occasionally and it always goes off, four years on from when we made it. The breakdown goes quiet for slightly longer than you think it will, so when the bass does come back in, it hits surprisingly hard, catching you off guard every time.