Tom Jenkinson, the man behind the roughly 17-year-old Squarepusher guise, is something of a jack […] 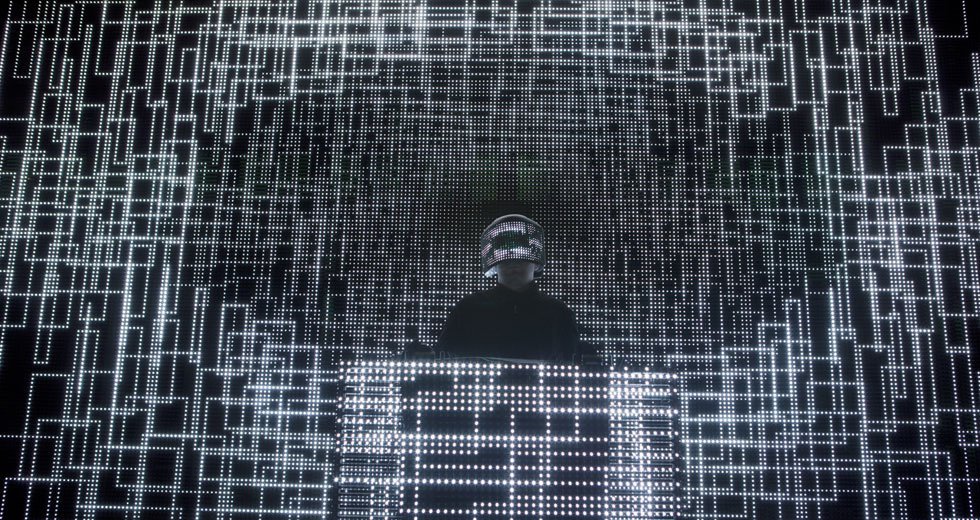 Tom Jenkinson, the man behind the roughly 17-year-old Squarepusher guise, is something of a jack […]

Tom Jenkinson, the man behind the roughly 17-year-old Squarepusher guise, is something of a jack of all trades. His musical output runs the full gamut of electronic sounds, touching on IDM, jazz, acid, ambient, breakbeat, and beyond, though it was all born of a distinct love for jungle and drum & bass. It’s a love he returned to time and time again throughout the late ’90s and early 2000s, but inexplicably abandoned for his other obsession, the bass guitar. On Ufabulum, his brand-new album for Warp, Jenkinson makes a long-awaited return to the realm of hyperreal electronic music, and brings a bit of those classic UK hardcore sounds with him.

As such, we thought now would be an opportune time to have Squarepusher indulge us with a few choice selections from his veritable wellspring of knowledge of drum & bass’ salad days. We expect you’ll enjoy navigating these five examples of how to perfectly utilize the Amen break as much as we did, so we’ll just let Jenkinson take it from here.

The hardcore, jungle, and drum & bass which stretched from one end of the ’90s to the other has had so much impact on my work that I pretty much owe my career to it. I don’t do lists of “favorites,” so these are simply the first five d&b tracks that spring to mind.

I didn’t know this track at the time of its release on No U-Turn in 1995, but it’s no less important to me for that. In 1998, I bought it as a random purchase from Adrian’s, a record shop in Wickford, Essex, whilst checking out the d&b that had been forgotten and not sold from the time. I was into Ed Rush’s stuff with Nico, including the album Torque, which contains some seriously skunked-out paranoia and bass. So this track came as a bit of a surprise. It was moody, but not as hammed-up as the later tech-step stuff. The samples of what sounds like an electrical sub-station going into meltdown hooked me in. Then the Amen [break] enters with some pitch mod, a nice touch. But then the drop, with the time-stretched vocal, knocked me off my feet. It really sounded like Ed Rush was blowing the studio up when he made this one. Loads of compression on the break and a huge sine-wave bassline immediately locked it in as a regular feature of my DJ sets at the time.

This track is printed on my memory from a particular moment in 1995. It was a hot summer, and music was just getting better and better. At that time, I lived in a shared house in Haringey where I wrote much of the material that was to feature on my first releases. It was an amazing time. Going out to clubs, buying tunes at Black Market Records on Saturdays, pirate radio all night, and loads of parties. At the last party we had before we left, I remember being in quite a novel state of mind, sitting at the top of stairs listening to whoever was DJing downstairs. Then this track started echoing up the stairwell, and I was blown away. It was a tough-sounding production, but the fluidity of the Amen [break] was stylish beyond anything I’d heard, even outstripping his own “You Don’t Know (The Remix).” At the time, I was mainly into trying to make music completely lose its cool and go insane, whereas Dillinja had a way of making his tracks sound hard as fuck without ever losing their cool.

Bizzy B & Equinox “7 Minutes of Maddness”

I remember popping into the local specialist record shop in Chelmsford one day in summer 1994. I asked the guy behind the counter what he had in that was absolutely mental. I was on a search for the most out-of-control jungle I could find. I was hearing it in my head, but in those days, I didn’t have the dosh to get myself a sampler, which made doing anything with breaks impossible. He said, “This is pretty mental. In fact, it’s too mental. I don’t really like it. It’s a mess.” I knew “Darkness” by Bizzy B & D. Lux, but wasn’t massively into it. Nonetheless, I was intrigued. I listened to 30 seconds in the shop and the rest is history. I always loved this track for its fearlessness. It is almost the inverse of Dillinja’s ‘cool’ sound, but I love both ends of the spectrum. It’s a lot of ideas in one track, moving from one to the next rather than using a more traditional intro-breakdown-drop-etc. structure.

This piece, as far as I know, was only issued on the Kemet/3rd Party compilation album entitled Champion Jungle Sound. I originally bought the record for the track “Vibe Out,” which I’d recently recorded off a local pirate. I took the cassette into Vinyl Rhythms in Chelmsford, the track was identified, and I strode home itching to blast it to the rafters. However, when I checked out the rest of the record, “Vibe Out” took a back seat for this track. The detuned vocal in combination with the super-compact Amen rinsing sounded decidedly more tripped out to me, and become my fave cut on this record.

Drum & bass snobs might object to the inclusion of this track, and I’ve always enjoyed winding up snobs, so here it is. I will always remember hearing this track for the first time. Some friends and I were listening to Kiss FM, driving up to London to go out. This track came on and, amongst the road noise and chatter, I heard what I thought was some sort of hip-hop track being played by a band. As the track progressed, I became more intrigued, as it sounded like they were trying to play as if it had been programmed. Then the Amen [break] came in, and I was floored; it sounded like a drummer playing breakbeats, and made me totally rethink my ideas of programming breaks. It became an absolute staple at the parties of summer 1995. In fact, it seemed to follow me around. It was everywhere that year!