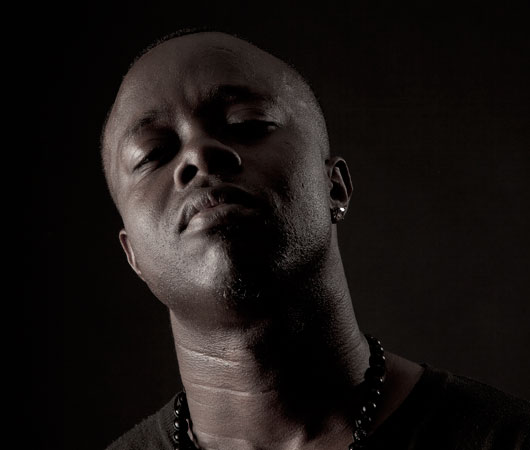 This week, UK grime don Terror Danjah released the excellent Dark Crawler, his latest full-length and a clear signal that the sound is alive and well in 2012. Granted, Terror Danjah has been in the game for about a decade now, so few artists are better equipped to help pilot the genre’s resurgence. He’s witnessed the grime scene go through a lot of ups and downs over the years, so we figured the London producer would be a good candidate to select five key moments in its history. Flexing his knowledge both as a veteran artist and as someone who’s consistently open to new sounds, Terror Danjah has assembled a list of clips—most of which he had a hand in creating—that spans from grime’s earliest days up through the present, and it’s hard to find fault with any of his selections.

This was one of the first grime tracks from the Channel U era (it’s now known as Channel AKA in the UK). This was one of the grime videos alongside Lethal B’s “Pow” and Bruza’s “Get Me.” I was behind the ingenuity of the track “I Can C U.” I showed the track to Crazy Titch—[it was] produced by D.O.K—which led me to release it on my old label, Aftershock. The video showed the real side of Straford & Plaistow in East London.

This is another historic one. I also released this record on Aftershock, and it was also produced by D.O.K. (Just like I did with “I Can C U,” I executive produced it.) The video was directed by Mo Ali, who did the original Lethal B “Pow” video and Jammer’s “Murkle Man.” I had input into the video, and had the idea to invite everyone from the grime scene at the time, including Lethal B, Jammer, Bashy, Teddy Music, DaVinChe, DJ Ironik, Scratcha DVA, etc. During the last minute of the video, the track switches to “Bruzin,” which I produced.

Dizzee Rascal “I Luv U”

This was the first track that introduced grime to the world. Need I say more?

Champion has gone from strength to strength since I released his Motherboard EP last year on Hardrive. The video was shot at the second Butterz & Hardrive [party] this year at Club Cable in London. The video features cameos from myself, Swindle, JME, Elijah & Skilliam, D.O.K, etc. If you come down to London, this video shows you how we put on parties.

Last but not least is “Dark Crawler.” I called for longtime friend and grime veteran Riko Dan, and I took it back to the 2003-4 era of grime. [It has] the dark sinister moments and that raw energy grime was once known for.