In the Studio: Vril 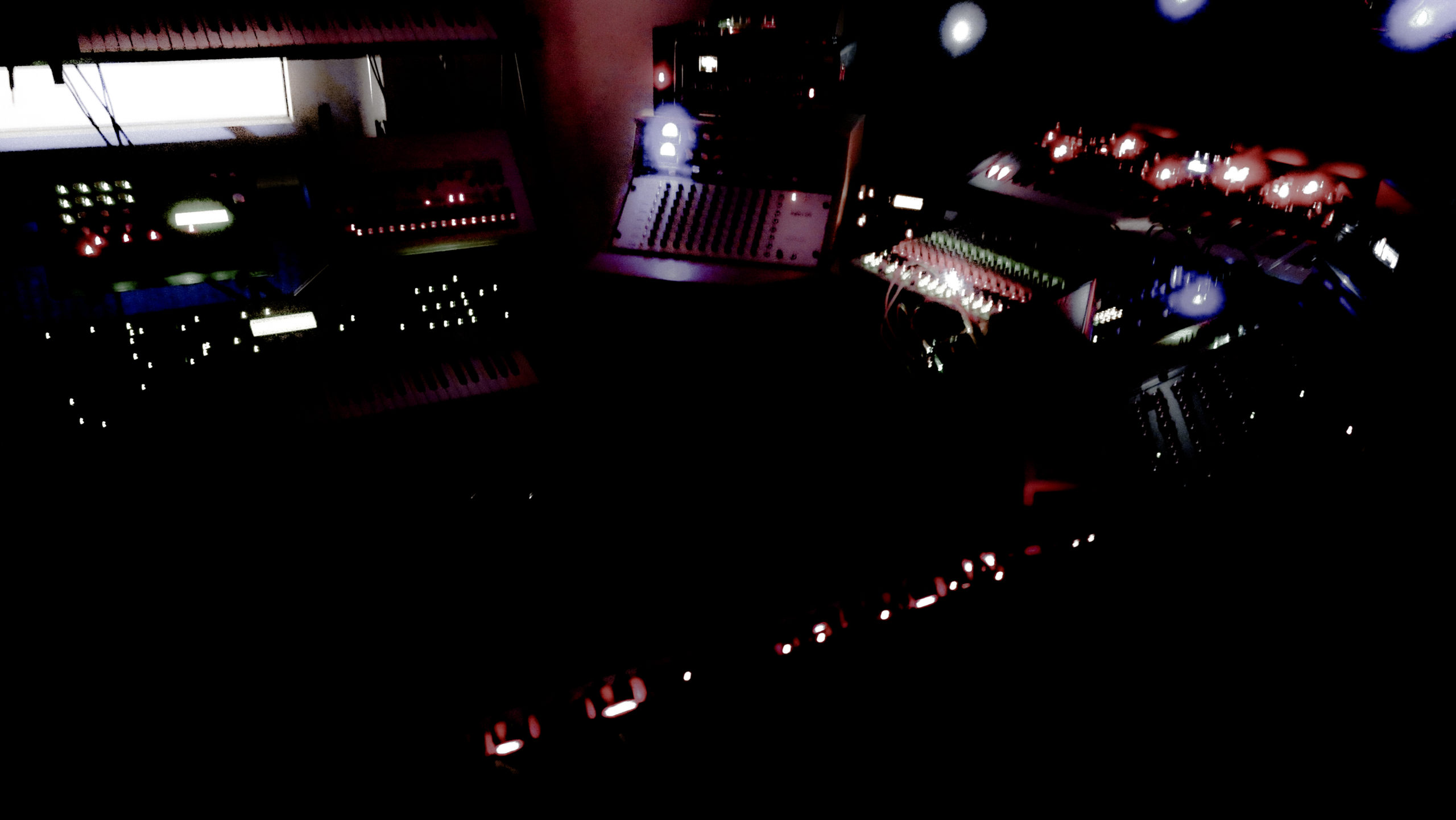 In the Studio: Vril

Vril doesn’t really speak—we established that several months ago when he contributed to our XLR8R podcast series. And it’s a great shame because it’s difficult to think of too many more intriguing artists in contemporary techno—an unidentified and faceless character whose work many consider to be unparalleled in the genre.

Writing an introduction on Vril, therefore, is not particularly easy as there are so few details to work with. Collating all that has been shared in previous media outings with his discography, it’s possible to affirm the following: he’s German and really began to garner attention in 2011 when his “UV” track appeared on Marcel Fengler‘s Berghain O5 compilation and Marcel Dettmann ended his fabric 77 mix with the blissful “Torus XXXII”—a jewel in the crown taken from Vril’s fine 2014 Torus LP. Since then, he continued to release via Semantica and Giegling, while touring the world with a simply stunning live set.

It’s no surprise that almost nothing is known about the processes behind his work, which spans from ambient and downtempo to various breeds of techno. It is a surprise, however, that he agreed to speak on it at all.

When did you first begin producing your own music? Can you remember when you produced your first track?

25 years ago. I used an Amiga 500 like a few other kids at that time. I still have the tapes where I recorded the first songs. Also, this Protracker Disks was passed to me accidentally by another kid that wanted to give me computer games normally. This was the start.

What style of music were your first productions?

How much music did you make before your first release?

Where is your studio? What do you look for in a studio space?

It’s at home in a separate room. In a studio place, I mainly look for music, but I think the acoustics of the room is one of the most important things.

Describe your setup for making music. Is there a certain machine at the center of it all? What are the key pieces of gear?

Roland TR-909, Juno-6, Chandler Compressor (to name only a few), and plug-ins

What are your favorite plugins?

What software do you use?

I use two different DAWs and a lot of new freaky small things. What I really like is that UAD Apollo concept.

What DAW’s do you use?

Do you record your synths by playing them, or do you normally use MIDI?

Both. But I mainly play stuff by myself and loop it.

How do you decide when you buy a new piece of gear?

From a feeling that I have. If there is that special excitement then I often buy gear. Testing out new stuff has been one of my biggest inspirations since I started.

How frequently do you add gear to your studio?

Does the unpredictability of this equipment often lead to some surprises in your music?

Yes. I really search for that and have some machines that do this but you can bring nearly every machine to its extreme and edge of functioning. I like that errorinstruments.com website, too (No, they are not paying me).

What’s your opinion on software versus hardware?

Not so relevant. But…hardware is more beautiful and creates more of those important “mistakes” and the noise I search for. But you can realize your music with nearly all kind of gear /software these days.

Is there any piece of equipment that you feel like you’re currently missing?

A Spaceship maybe…no, I am looking out for an API Stereo EQ, maybe.

“Magic is science before it is explained, right?”

Would you say your production process is always changing, or do you have a basic formula?

It’s changing but mostly I start with drums, a noise idea, or, classically, a keyboard riff. But I try to let all that feel like a magic trick to myself. I don’t want to know too much theory. Fifty percent magic; fifty percent science is a good mix. Magic is science before it is explained, right?

Would you say that most of your tracks are conceptualized prior to writing and recording, or are a lot of these a result of spontaneous jamming and random ideas?

How much of this creative process is based on instinct and how much on conscious analysis?

50 / 50 too. I think that is a good value for a creative process like I said. “V3” for example. Really mysterious studio story. It was a little noise idea first and then with a bang, the track was there.

Can you tell us what happened?

That special feeling appeared and I knew that the song could change something. Also, a bit of cosmic combined elements in the song and “V3 “appeared extremely fast and made me a bit dizzy.

You’ve produced a number of special tracks in your career—like “Torus XXXII.” Do you know also these are special when you’ve made them?

I would say yes. There is something special in the air then.

Do you go to the studio every day, even if you haven’t got an idea in your head?

No, not every day, but when I am in the mood I sometimes stay in the studio up to 15 hours making music.

How do you find the motivation to go the studio when you’re feeling low?

It’s always worth going in the studio. You never know what’ll happen. Don’t miss this one moment.

Do you think it is important that you have a workspace (i.e. a studio) clearly defined from your home space?

Individual decision. I had both. Having the studio really near these days is what I like.

Production block is a well-known problem for music artists. How do you try to combat it?

No need to force.

One thing that strikes me about your work is the emotion: you’re able to produce this melancholic, dark material that sounds so different to almost anything else. Do you think it’s your setup or the methods you use?

Thank you. It is definitely not a setup. Over the years the connection between me and my music was recessing more and more.

How much time do you give a sketch before you decide whether it’s something you want to develop or put to one side?

In between seven minutes and seven years.

How do you determine whether a track is going to be released or not?

Sometimes with a friend or group and sometimes alone.

Do you show your tracks to anyone before you release them?

How do you approach your live set—do you write tracks specifically for it or do you pick from unreleased ideas?

I use my analog recorded stems (not groups) to put together to a new spontaneous ongoing piece of arrangement.

What gear do you use for the live set?

I record all elements of my songs separated and loop them. Then, I do a big live megamix with AKAI APC and more controllers, drum machines, and pads. It’s always a different set and story. Also, I choose different tracks and elements for each Liveset.