British punk legend Ari Up (a.k.a. Arianna Forster) takes her breakfast with XLR8R’s Inbox in […] 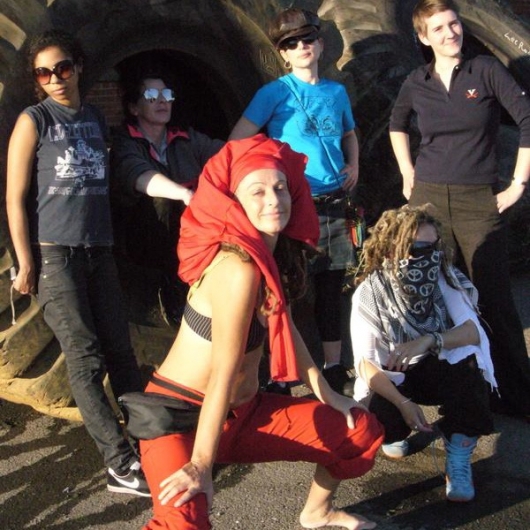 British punk legend Ari Up (a.k.a. Arianna Forster) takes her breakfast with XLR8R’s Inbox in […]

British punk legend Ari Up (a.k.a. Arianna Forster) takes her breakfast with XLR8R’s Inbox in this edition. The heavily dreadlocked Slits leading lady recalls one of her band’s rocky early shows, revisits living nude in the jungle, and pours a little out for Michael Jackson. The Slits’ latest album, Trapped Animal, comes out October 20 on Narnack.

XLR8R: What are you listening to right now?
Ari Up: My own music.

What’s the weirdest story you have ever heard about yourself?
That I was dead. People called me asking if I got shot in England.

What band did you want to be in when you were 15?
I was in The Slits. That’s the band I wanted to be in.

Worst live show experience?
When people stormed the stage and attacked us violently in England, and we had to run off with our instruments. They were racist. They were upset we were women, and that our bodyguard was a Rasta—1976 or 1977.

Favorite city in which to play?
All of them.

How much do you think your hair weighs?
My locks are very heavy, and I’ve never weighed them. They’re down to my feet.

Name one item of clothing you can’t live without.
My collection of clothes—but I can actually live without them, naked in the jungle.

What did you eat for breakfast today?
I didn’t have breakfast yet. I just woke up.

What did you always get in trouble for when you were little?
For being totally myself, which brought me to being in The Slits when I was still little.

What other artist would you most like to work with?
There are so many, but a lot of them have died. Michael Jackson would have been one of them.

What’s the last thing you read?
Some old magazine clips about The Slits.

What do you think of Major Lazer?
I don’t know them.

Complete this sentence: In the future…
…The Slits must accomplish their unfinished mission.