Bar none, XLR8R‘s favorite compilation of 2009 was DJ Koze‘s Reincarnations remix collection on Get […] 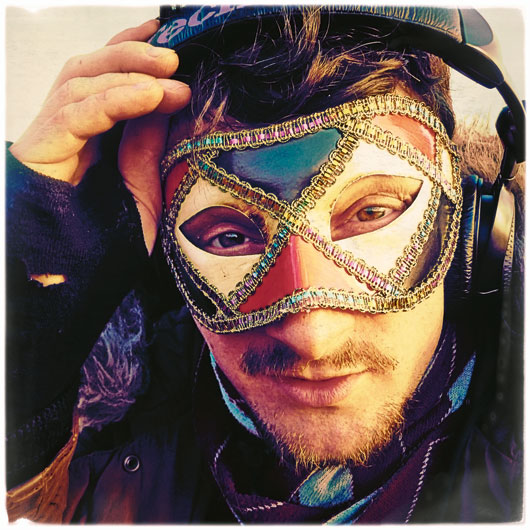 Bar none, XLR8R‘s favorite compilation of 2009 was DJ Koze‘s Reincarnations remix collection on Get […]

Bar none, XLR8R‘s favorite compilation of 2009 was DJ Koze‘s Reincarnations remix collection on Get Physical—hell, it ranks up there amongst the year’s best records period. The Hamburg DJ/producer gave his signature treatment to tracks from artists as disparate as Chilean house god Matías Aguayo and ’60s German torch singer Hildegard Knef. Everything Koze touched—Matthew Dear, Wechsel Garland, Nôze—turned to gold, and he left our tongues wagging in anticipation of his upcoming 2010 full-length. So we shot Koze a quick email with the hopes of exploring his idiosyncrasies, his colorful past, and discovering what lies ahead.

What’s the weirdest story you have ever heard about yourself?
That I will be the leader of a new generation and I can change the world with my wonderful music and stuff like that.

What band did you want to be in when you were 15?
Public Enemy. I was thinking maybe I could replace Terminator X ’cause I can scratch better than him, and fight shoulder-to-shoulder racism.

Worst live show experience?
I don’t know, but my last strange experience was in Bogotá three days ago, where two minutes after I started my set, the technician tangled himself in a cable and completely wiped out the DJ set-up, breaking the table. We were able to fix it a few minutes later, and the sound came back, and the atmosphere was even better than before. Let’s all make mistakes!

Favorite city in which to play?
Bogotá.

What is one thing you couldn’t live without?
I have a small favorite soft pillow. I can’t sleep without it.

What is your favorite item of clothing?
I have a clothing problem.

If you could reduce your music to a single word, what would it be?
Warm.

If you had to listen to one song on repeat for the rest of your life, which one would you choose?
Maybe a part of Steve Reich’s Music for 18 Musicians. It’s so long and there is so much to discover.

What did you always get in trouble for when you were little?
Being honest.

Which other artist would you most like to work with next?
Iwillnotsay. If he/they read it now, it would be a bit embarrassing for me.

What’s the last thing you read?
Tom Wolfe’s I Am Charlotte Simmons.

Complete this sentence: In the future…
I want to paint more and become a better person.

Stupidest thing you’ve done in the last 12 months?
After [many] years I bought myself a new laptop. It was not easy to get all the stuff copied from the old one, but finally I got it. Three days later I put my laptop on the security belt at London City Airport and forgot to take it after scanning… but—Swahimi-style—they found it and I got it back.

What’s next?
Starting our the PAMPA label, which I just founded with my friend Marcus Fink to release good music from nice human beings.