For this week’s Inbox, XLR8R steps into the ring with Berlin-based U.S. expat Jay Haze […] 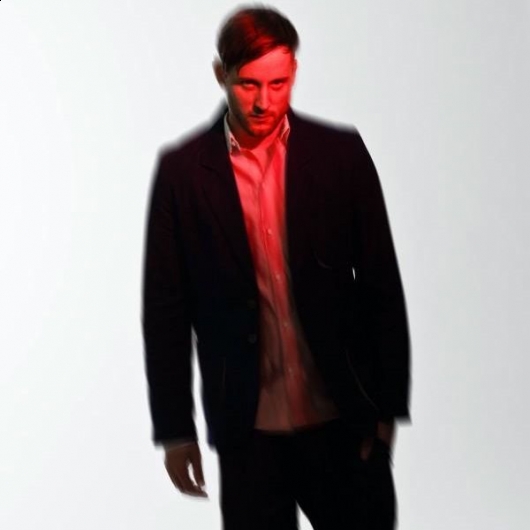 For this week’s Inbox, XLR8R steps into the ring with Berlin-based U.S. expat Jay Haze […]

For this week’s Inbox, XLR8R steps into the ring with Berlin-based U.S. expat Jay Haze (a.k.a. Fuckpony). The many-monikered producer and label owner coos about his Roland 808, Otis Redding, and London, swims (unsuccessfully) with dolphins in the Amazon, and deftly brings justice to his oppressors. Check out our recent in-studio sesh with Mr. Haze or catch his latest offering, Let the Love Flow, which is out now on BPitch Control.

XLR8R: What are you listening to right now?

Jay Haze: Otis Redding—”I’ve Got Dreams to Remember.” Otis just hits the right spot for me.

What’s the weirdest story you have ever heard about yourself?

That before I played a gig, I demanded to receive two grams of angel dust and some crack cocaine—and that when it wasn’t delivered, I threw a diva episode. (Unfortunately, I have never had the chance to try crack or angel dust.)

What band did you want to be in when you were 15?

A Tribe Called Quest or Beastie Boys. It was the music I skated to.

I guess it’s still London. I just feel so comfortable there, and not only playing at Fabric; the other parties I play there are always wicked. Such a varied mix of people and open-mindedness just makes for a special night every night I party there.

Roland 808. I can sit there and mess with it for hours in headphones. I just love the sound. I’m a sine-wave junkie, always have been.

What is one thing you couldn’t live without?

What is your favorite item of clothing?

This ’60s surfer shirt I found in Tokyo, of course, at a specialty shop for ’60s surfer clothes. The shop has since been closed and I have never seen a shirt like this again! I just feel good wearing this shirt.

If you could reduce your music to a single word, what would it be?

If you had to listen to one song on repeat for the rest of your life, which one would you choose?

Pink Floyd—”Wish You Were Here.”

What did you always get in trouble for when you were little?

Which other artist would you most like to work with next?

What’s the last thing you read?

I hope all people on earth will come to embrace the power of love and free ourselves from the profit-driven society we currently live in, one which only promotes slavery and further divisions between us.

I went traveling in the Amazon in February. I was in the river and tried to play with the pink river dolphin (huge dolphin; not Flipper), and, as he was coming up for air, he bashed me and broke two ribs! I was out in the jungle with no medical facilities other than shamans! I would say trying to play with wild dolphins was really stupid.

Collecting the money from my charity project DJs for DRC and planning a trip to the Congo in early 2010 to shoot a documentary and work with local charities. Once I finish this, I will think about more music. I am nearly finished producing three albums from three different rappers. Oh, and I will take my annual five-week trip to Brazil, of course. 🙂