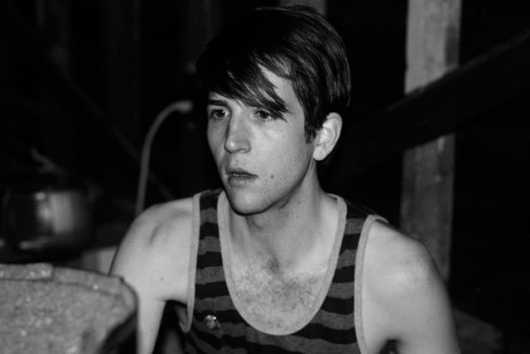 XLR8R: What song is guaranteed to put you in a good mood?
Owen Pallett: “Feelin’ Groovy” by Simon & Garfunkel.

What bands or musicians did you listen to when you were 15?
Jean Michel-Jarre, Björk, Russian classical music, local punk bands.

What has been your most unusual live show experience?
I played an incredible set at the Montreal Jazz Festival one year. The tension in the room was incredible; people were on the edges of their seats. At the end of the last song, I started playing a melody from “Rhapsody In Blue.” I put pregnant pauses between the final few notes. Just before I hit the last note, somebody on the balcony yelled, as loud as he could, “You fucking suckkkkkkk!” The crowd erupted in the loudest applause I’ve ever heard.

If you could play a song using only three instruments, which would you choose?
ARP 2600, Minimoog, Nord Lead 2X.

Where do you go for killer poutine?
I like poutine Italienne, where they replace the gravy with marinara sauce.

When was the last time you told a lie?
Such personal questions!

What is your favorite item of clothing?
I splurged on this beautiful nylon Ann Demeulemeester hoodie, and I wear it every day. I even sleep in it.

If you could reduce your music to a single word, what would it be?
Bups.

Which musical are you the most like: Starlight Express, Phantom of the Opera, 42nd Street, Rent, or Avenue Q?
None of the above. I’m South Pacific all the way.

What did you eat this morning for breakfast?
Nothing.

Which other artist would you most like to work with next?
Gus Van Sant.

What’s the last book you read?
I just finished a book of Foucault essays, but it wasn’t very good. I’m reading the new book by Tracy Kidder right now.

Complete this sentence: In the future…
We will run out of LOLs.

When was the last time you kissed someone?
I kiss ass all day. What about you?

What’s next?
Our tour bus has just arrived. I’m going to take my first shower in three days.