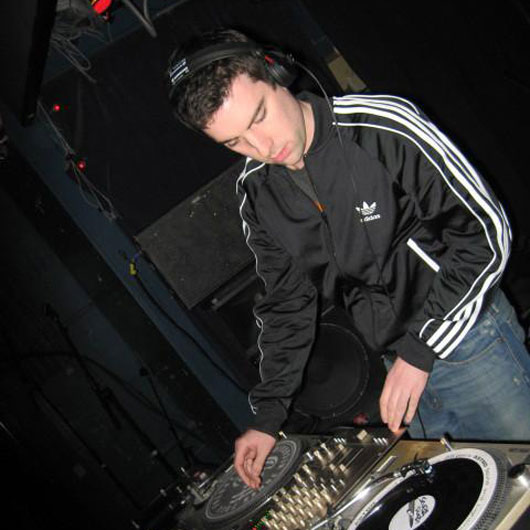 Paul Rose, experimental dub producer known as Scuba, hangs tough with XLR8R in this week’s Inbox. Rose (also founder of Hotflush Recordings) remembers early rock aspirations, dishes up some killer bolognese, proclaims his creative isolation, and gives some love to his main squeeze and Andy Warhol. Scuba’s second album, Triangulation, will be out in March on Hotflush, but you can peep his hot remix of Emika in the meantime.

XLR8R: What was the last song you listened to?
Paul Rose: “Brown Eyes” by Fleetwood Mac.

What’s the weirdest story you have ever heard about yourself?
There’s a fair few conspiracy theories about why I moved to Berlin, none of which are anywhere near the boring truth.

As a child, what did you want to be when you grew up?
I wanted to be a rock star.

What has been your worst live show experience so far?
There was one recently where I played after a well-known female DJ, who got a fairly hysterical reaction from the crowd. When I came on they just looked confused. It got worse when I put a record on.

If you could spend a day in any city, which would you choose?
New York: so much fun stuff in such a small area.

What is your favorite studio toy?
My condenser mic. There’s nothing like making your own audio. Not enough producers do that.

What is one thing you couldn’t live without (excluding the obvious essential, i.e. air, water, etc.)?
Recently I’ve begun to realize that I’d have a lot of trouble without my girlfriend.

What is your go-to comfort food?
When I get home from a gig it tends to be pizza; but, if I’ve got time I make bolognese. To do that properly it takes about four hours, and then you have to leave it for a day before eating.

If you could reduce your music to a single word, what would it be?
Contrary.

What is something guaranteed to make you blush?
I blush pretty easily. It can be quite embarrassing.

What’s the best thing about being from the UK?
Instant musical credibility, although I have no idea why.

Which other artist would you like to work with?
I’ve never worked with anyone on music ever.

Describe your current surroundings in one sentence.
A warm house [on] a wet street in a big city.

Complete this sentence: If I’d have known…
…that hard work makes a difference, I’d have started doing it earlier.

What’s the last good piece of advice you received?
From Andy Warhol, on the subject of reviews: “You don’t read them, you weigh them.”

What’s next?
Finish album, go on holiday. It has to be in that order, unfortunately.