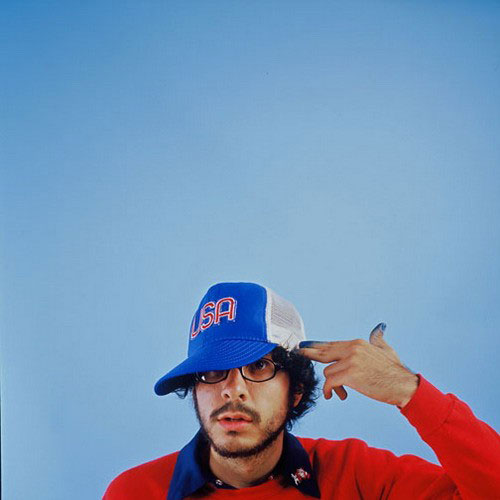 Cheeky Bay Area expat Yoni Wolf pays a visit to XLR8R’s Inbox this week. The lead man of indie-rock outfit WHY? touches himself at work, remembers the Olsen twins’ humble beginnings, gets stabbed while moshing, and misses San Francisco. WHY?’s Eskimo Snow is out now on Anticon.

XLR8R: What are you listening to right now?
Yoni Wolf: I am listening to an as-of-yet unreleased album by my friend Austin Brown and enjoying it quite a lot.

What’s the weirdest story you have ever heard about yourself?
I once read in a music periodical (to remain nameless) that I am “former studio auxiliary percussionist for Hoobastank and Rusted Root.” Excuse me?! I’m like, Then where’s my royalties, bitch!?

What band did you want to be in when you were 15?
Rusted Root.

Worst live show experience?
Getting stabbed in the hand in the mosh pit at Warped Tour. It took me more than a minute to figure out whose blood it was.

Favorite city in which to play?
San Francisco; Anacortes, WA.

Favorite studio toy?
Dis dick. I like to touch myself while I work.

What is one thing you couldn’t live without (excluding the obvious essentials, i.e. air, water, etc.)?
My Dictaphone, tofu.

What is your favorite item of clothing?
Red-hoodie/red-and-blue-flannel-combination layered top.

If you could reduce your music to a single word, what would it be?
Lionsandtigersandbearsohmy!

If you could revive any dead musician to spend the afternoon with, who would you choose, and WHY?
The Olsen twins. I liked when Michelle would say, “You got it, dude!”

For what did you always get in trouble when you were little?
Sexual assault.

With which other artist would you most like to work next?
The cast of It’s Always Sunny in Philadelphia, MF DOOM, Bonnie Prince Billy.

What’s the last thing you read?
What Is the What by Dave Eggers.

Complete this sentence: In the future…
…where we’re going, we won’t need roads!

Stupidest thing you’ve done in the last 12 months?
Moved away from the Bay area.