Rod Modell explores the influences behind his upcoming album. 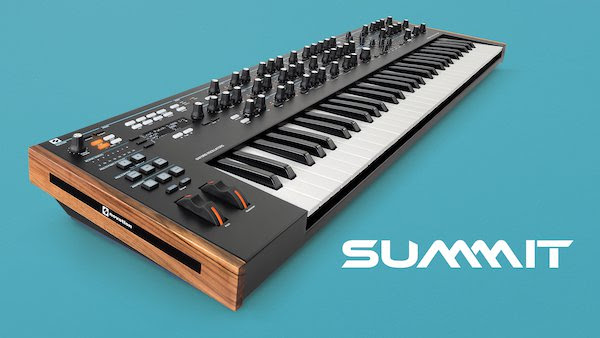 Rod Modell explores the influences behind his upcoming album.

Influences is a new XLR8R podcast series, of sorts.

As many of you know, we run the weekly series and have done so for more than a decade. It was only a few months ago that we celebrated our 500th submission with a rare studio recording from Derrick Carter. That series will continue running, each Tuesday of the year, but we’ve decided to start Influences, too, and the basis for it is simple: it will focus specifically on the music on which the featured artist was brought up. What musical recipe conceived the music that they play/produce now? In this way, it’s different to the weekly submissions that normally consist of a DJ mix or some sort of live studio recording, featuring more or less the music that artists perform or play out to the public en masse most weeks of the year. Influences is designed as much as a history lesson into music as it is something to bring pleasure to your ear. Expect ambient, non-dancefloor material; expect the unexpected, from punk rock to Italo-disco, for an artist’s roots are as unpredictable as they are interesting.

And we start with Rod Modell (a.k.a. DeepChord), a dub techno luminary and sound-designer with 25 years involvement in electronic music and over 50 releases under various aliases and styles.Having kick-started with more “industrial” and “ambient” forms of sonic experimentation, he attended Art School for Photography, living in Detroit’s Eastern-Market district, the location of the infamous “techno boulevard.” The area was home to Derrick May, Juan Atkins, and Kevin Saunderson during that time. Submersed in the blossoming Detroit techno scene (the early 1990s), a journey from a more experimental sound into the city’s techno-world was inevitable. Modell cofounded the DeepChord project and the record label with Mike Schommer during the mid-’90s, and respected fellow Detroiters Underground Resistance for their D.I.Y. attitude and independence. It was because of this admiration that he declined offers from top techno labels of the time, in favor of doing it alone.After 16 releases on DeepChord, Rod went on to co-found Echospace. Echospace released two full-length albums and five 12″ singles on Modern Love and a slew of releases on the Echospace imprint. 2007’s The Coldest Season and 2010’s Liumin are critically acclaimed electronic music classics. Rod also operated an audio-mastering facility in the Detroit area from 1995-2005, employing his services to many electronic record labels, including Richie Hawtin’s M-NUS imprint.On October 20, he will be releasing a new album, Auratones, on Soma Records, and also offered to put together our first influences mix, scanning through some of his favorite records that made him who he is today.

This is what he had to say:

So here’s a little mix of stuff that I listen to in my home or on the iPod. I’ve been on a HUGE Andy Williams and Perry Como kick lately. I think this stuff has inspired Auratones more than anything contemporary or electronic. I think if Andy Williams or Perry Como were alive today, they could really appreciate Auratones. As mentioned before, the last record that I bought was Untrue by Burial about 10 years ago. I like digging through my grandparents’ old records. Music that they listened to in the car when I was a child. They sound like mysterious, low-fidelity transmissions picked up by an old AM radio. Beamed from another era. I find this so much more exciting than any kind of modern music. I really like the nostalgia of this stuff. It’s music that makes me happy. I channel elements of this stuff into my music. I could listen to this stuff 24/7 (and sometimes do). So much music today is dark, depressing, and overly aggressive. It actually harms the nervous system. Lots of modern techno is more brutal than SWANS or Fushitsusha Records from the 1980s. It’s unnecessary and somewhat irresponsible on the part of the artists. I think being aggressive is easy. Keeping it darkly beautiful is more difficult. This stuff is great for listening to while smoking a pipe on a beach at dusk and watching sailboats pass by. —Rod Modell