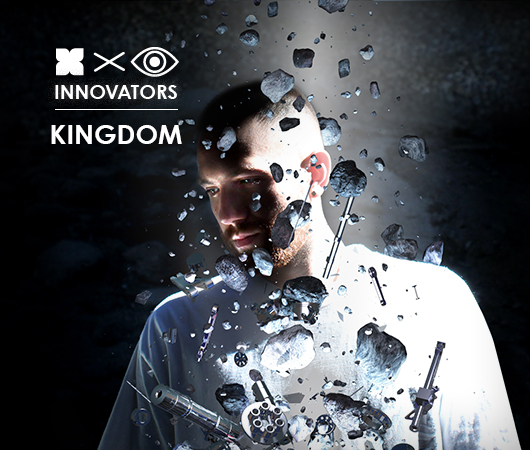 XLR8R always makes an effort to cover music that we think is new and exciting, but certain acts have proven themselves to be especially adept at breaking the mold. The Innovators mix series, presented by Cigna, is designed to spotlight one-of-a-kind artists that we think are particularly innovative and unique. We kicked things off last week with an exclusive mix from Todd Edwards, and have elected to keep it going by enlisting Los Angeles DJ/producer Kingdom (a.k.a. Ezra Rubin). Raised in Massachusetts, Rubin first made a proper name for himself while living in New York, where he quickly gained a following thanks to his DJ prowess, along with a series of innovative mixtapes and singles for labels like Fool’s Gold and London’s Night Slugs. His relationship with the latter crew has been particularly fruitful, as Kingdom’s inventive brew of R&B, hip-hop, grime, rave, and twisted bass sounds has found a real kinship with the music being generated by the Night Slugs camp. The exchange of ideas continued even after Kingdom relocated to Los Angeles and started his own Fade to Mind label and collective, which he runs alongside similarly experimental artists Nguzunguzu, Total Freedom, and Prince William. This year has seen Kingdom release a new EP, Vertical XL, and also contribute production to the freshly released Cut 4 Me mixtape by Fade to Mind songstress Kelela. In the midst of all this activity, he somehow found the time to assemble a mix for our Innovators series, and it finds him pulling heavily from the Night Slugs and Fade to Mind catalogs while showcasing the top-flight DJ skills that helped him catch our attention in the first place.