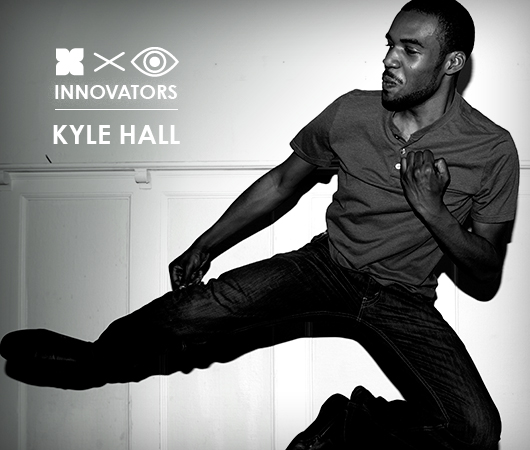 XLR8R always makes an effort to cover music that we think is new and exciting, but certain acts have proven themselves to be especially adept at breaking the mold. The Innovators mix series, presented by Cigna, is designed to spotlight one-of-a-kind artists that we think are particularly innovative and unique. Last week, we featured a mix from a member of Detroit’s old guard, Kevin Saunderson, and for this week’s installment—which happens to be the final edition of the Innovators series—we’ve tapped an artist who’s often touted as one of the Motor City’s brightest hopes for the future. Kyle Hall has been active in electronic music since his teenage years, and was a staple of the international DJ circuit well before he was old enough to drink in his hometown. He’s also an artist who’s fiercely independent, as the vast majority of his work has been released on his own Wild Oats label, which is increasingly home to other up-and-coming Detroit producers. Though he now seems like a veteran presence in the DJ world—especially after releasing his debut full-length, The Boat Party, earlier this year—Hall is still only 22 years old, which means he’ll be releasing tunes and affecting the electronic sphere with his increasingly raw takes on house and techno for years, even decades, to come. For his Innovators mix, he’s dug deep into his crates and put together a nearly two-hour-long session that showcases many of his own tunes along with choice selections from a number of his Detroit compatriots. It’s an exciting listen, and another sign that Hall is a truly special talent.

To view the complete tracklist, go here or click on the title of the mix in the player above.