Producer/MC Jneiro Jarel prefers not to call any one city his own. Not wanting to […] 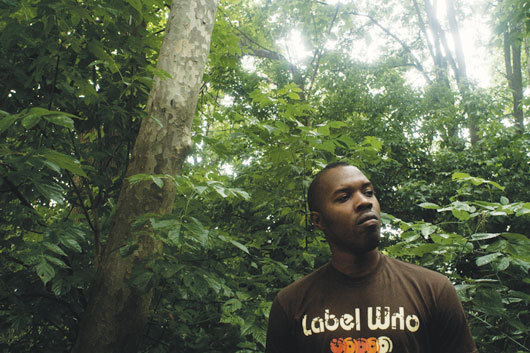 Producer/MC Jneiro Jarel prefers not to call any one city his own. Not wanting to […]

Producer/MC Jneiro Jarel prefers not to call any one city his own. Not wanting to fall into hip-hop’s territorial obsession, Jarel is more concerned with pushing his various leftfield projects forward than claiming certain area codes. “The thing about me, I always brought my vibe anywhere that I go,” he explains. “That’s why you can’t really put a finger on where I’m from. I call it a Viberian vibe—this is my own world.”?

While mentally chilling in the sonic utopia of Viberia, Jneiro now physically lives in L.A. The recent move out west from his longtime residence in Philly was made partially to be in closer proximity to his friends and collaborators Flying Lotus, Daedelus, and others from L.A.’s bubbling beat community. With Jarel, though, no move is permanent. “I’m in Cali for a minute, but I’m still Philly, though. You know how it is—I’m everywhere.”

After growing up across the country, Jarel began sharpening his MC skills in Houston and then moved on to Atlanta, back to his hometown of NYC, and then to Philly in 2004. And it was there that he ultimately began to make noise as a MC and producer. Thanks to a push from Philly selector Rich Medina, Jneiro opted not to let his financial troubles on the East Coast get the best of him. “I was gonna go to Texas and then eventually come back to New York, but I went to Philly, met King Britt, met Bahamadia, and hung out with all these Philly legends.”

Living in PA amongst established greats, though, Jarel didn’t follow in anyone’s footsteps. Instead, he began letting loose in the studio, and recording projects under different aliases like Dr. Who Dat? But in 2007 he pushed his creativity a step further with his debut as Shape of Broad Minds, a group made up of four of his aliases and one actual rhymer, Jawwaad. Approaching this project from so many angles allowed for a raw assortment of cosmic boom-bap, jazzy broken beats, and a little Brazilian funk.

Jarel made no less of an impression on his collaboration with Goodie Mob MC Kuhjo, called Willie Isz. The duo’s 2009 debut, Georgiavania, evoked listeners to re-think their impressions of Jarel and Khujo with this self-dubbed “digestible but still different” LP.

Staying in tune with his rapidly shifting sonic vision, his recent collaborations include remixes for DOOM, a song with Dave Sitek from TV on the Radio, and tracks with fellow shape-shifting act Blu. No matter the locale, Jarel strives to not repeat himself. “I’m all about reinventing for my own personal stimulation [and] for my audience,” he says. “I feel like a lot of my audience gets that now.”