With the recent death of the Icelandic composer, what exactly have we lost? 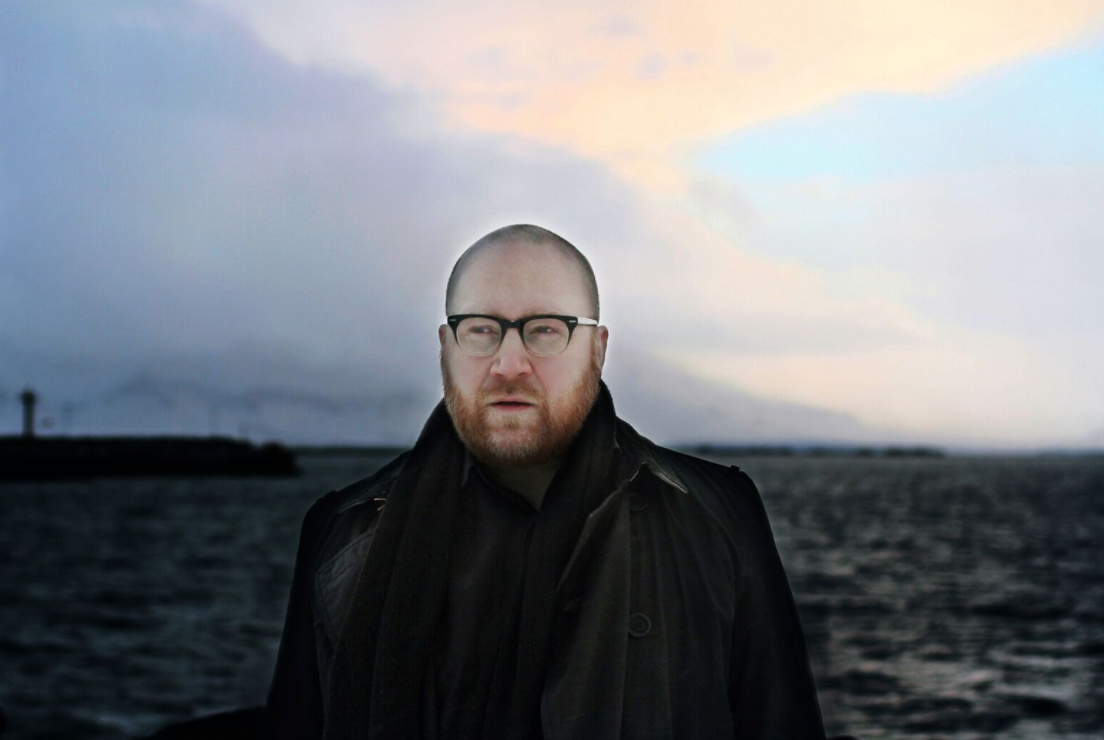 With the recent death of the Icelandic composer, what exactly have we lost?

Two weeks have passed since Jóhann Jóhannsson’s untimely departure. The Icelandic composer passed away in his Berlin apartment for reasons unconfirmed. He was aged just 48. Much has been written about his life and work, and there’s been a lot said in memory, with many mourning the death of what many regard as one of the finest musicians of a generation. Upon reflection, Marc Rowlands digs a little deeper to consider what exactly we’ve all lost.

A triumphant swelling of brass recedes, taking almost two minutes to ebb away, slowly, beautifully, into nothing. As it dwindles to leave only a churchly organ, the music seems to have no choice but to accept its inevitable, approaching fate. But in the otherworldly electronic treatments that accompany the organ, it also fights, as if desperate still to convey something that remains unsaid.

“The Cause Of Labour Is The Hope Of The World,” one of the highlights of Jóhann Jóhannsson‘s The Miners’ Hymns soundtrack (2011), took even longer to subside when performed live in 2014 before audiences largely in the north east of England. They sat enraptured by the Icelandic composer’s score and Bill Morrison’s film documenting the region’s mining industry which it accompanied.

The emotion was palpable among the attending local audiences. They included many descendants of those captured in the images and indeed latter day workers from the industry itself. At the performance in Easington, the small colliery town at the centre of the mid-’80s miners’ strike, it received a standing ovation.

As the black and white images of a lost time, community, and industry flashed by, it was the music of Jóhann Jóhannsson that truly tugged at the heartstrings of those assembled. Within his sympathetic re-imagining of brass band possibilities, backed by percussion and strings, feelings of pride and loss, purpose and sorrow were brought to the fore. His score complimented and never overpowered the depiction, speaking perhaps unknown new words to its audience in a language they already understood.

Jóhann Jóhannsson, who has died at the age of 48, excelled in combining experimental sounds and classical orchestration. That he managed to do so in a way that such non-mainstream sounds became so broadly accepted, enjoyed, and influential is no small achievement. This tremendous ability to convey emotion and meaning to absolutely everyone who heard him makes his untimely death a tragedy of the highest degree.

His live performances in mining communities and in prestigious capital city arts centres alike were lauded by classical reviewers in broadsheet newspapers. Jóhannsson’s six solo albums and many soundtracks were similarly praised by critics in the loftiest echelons of intelligent and often impenetrable music journalism. Due to his combination of electronic music techniques with traditional orchestration, he was even beloved by the dance music media. And rightly so. But Jóhann Jóhannsson did not belong to the world of music critique; he belonged to us all.

Jóhannsson’s art was much more accessible, enjoyable, and popular than that of many who sang his praises. Its reach transcended the regular audiences and environs in which classical, experimental, or minimal music was appreciated, not least thanks to the many popular film scores he was commissioned to write. His body of work stands as a timeless testament to an overwhelming yet humble talent capable of touching us all.

“We’ve lost one of the best musicians our generation will know,” says Tim Husom, owner of the management company to which Jóhannsson was signed. “His experimental approach to making music for films and his studio albums was unique and inspired a sea change in the way music in movies is created,” he adds. “My favourite example is how he manipulated all of the many vocal recordings he did for the movie Arrival. His music created a narrative in films. The Washington Post said it best when they compared his cut “The Beast,” found in Sicario, with the main theme for Jaws. There was something evil coming but you couldn’t see it. You could only hear it.”

“He always wanted to be open to new interesting projects, whether it was commissioned work or working on smaller indie/European/genre films instead of just focusing on the big Hollywood scores,” says Siggi Finnsson, who worked directly with Jóhann at the management company. Yet those big Hollywood scores were becoming all too frequent requests in recent years, marking Jóhannsson as one of the true heavyweights of contemporary soundtracks.

In the last half-decade alone, his music had caught the widespread attention of moviegoers thanks to the scores he delivered for Denis Villeneuve’s popular films Prisoners (2013), Sicario (2015), and Arrival (2016). For the latter, he was nominated at the BAFTAs, the Academy Awards, and The Golden Globes; while the dark, often industrial sounding pulse of Sicario‘s compelling music also picked up BAFTA and Academy Award nominations. With each of these releases, Villeneuve’s profile was raised and, as a result, Jóhannsson’s music gained a huge amount of attention.

So successful was the collaborative run that film buffs were shocked by Jóhannsson’s 11th-hour removal from Villeneuve’s subsequent Bladerunner 2049 project. But Jóhannsson’s success continued unabated. His often joyful and highly melodic score for Stephen Hawking biopic The Theory Of Everything (2014) was a sharp contrast from the dark, foreboding work with Villeneuve but won a Golden Globe and was similarly nominated for an Academy Award, a BAFTA, and a Critics’ Choice Movie Award.

“Considering his prolific work rate and rise in popularity, there’s no way of knowing what heights Jóhannsson could have reached within just the next few years.”

At the time of his death, Jóhannsson was working on a score for the new Disney movie of Christopher Robin, with three of his last scores still yet to be released, one for Panos Cosmatos’s Mandy, the biblical drama Mary Magdalene, and a return to working with The Theory Of Everything director James Marsh on The Mercy. Considering his prolific work rate and rise in popularity, there’s no way of knowing what heights Jóhannsson could have reached within just the next few years. And herein lies perhaps the other greatest tragedy of losing Jóhannsson at this point; the stolen potential of an artist removed in their prime.

At 48 years old, Jóhannsson had already amassed a sizeable back catalogue of work. But it’s fair to say that, because of his varied interests and the pursuit of different disciplines, it had taken him a while to enter the medium in which he would become best recognised. His route to becoming a singular composer of modern classical music and one of the pre-eminent soundtrack composers of the day was by no means direct.

Although he learned piano and trombone as a pre-teen, it was language and literature theory that Jóhannsson chose to study at Reykjavik University. Perhaps these studies influenced his work on the soundtrack for Arrival, where he utilized wordless vocals in conjuring the backdrop for a film that was centred around communication. Certainly, it was this background that contributed to Jóhannsson’s masterful abilities as a storyteller and collaborator of such.

“Many of his albums show he liked to give his work some thematic structure,” confirms Finnsson, “no matter how abstract it could be.”

When creating his own themes to a work, Jóhannsson was capable of mining unexpected depths and ranges of emotion. He had the ability to lead the listener through a journey with a distinct narrative to which you were still free and indeed compelled to assign your own imaginary visual backdrop.

At the end of the ’90s, Jóhannsson had co-founded Kitchen Motors, an art organisation and music label intended to fuse punk, jazz, classical, and electronic music endeavours. He found his own sound in these musical experiments and almost immediately began supplying music for Icelandic TV and film. By 2002, though, he was ready to release his debut solo album, a work bereft of another’s visual imagery. Yet the narrative of a skillful, engaging storyteller remained.

On IBM 1401, A User’s Manual (2006), his fourth solo album, he took the computer’s unlikely whirrs and workings as a base drone from which he built elegant, soaring riffs and melodies. The piece served not only as a requiem to the obsolete machine but also, of sorts, to his father, who had been one of Iceland’s first computer programmers and himself an amateur electronic composer. It also served as the first part of a trilogy which, via the string and electronics-heavy Fordlandia (a far greater achievement than its subject matter, the American industry town Henry Ford attempted to build in the Amazon in the 1920s), ended with the best of the lot, The Miners’ Hymns.

This proficiency with themes and storytelling is why Jóhannsson excelled at movie soundtracks. His contributions could sometimes go unnoticed, or only subconsciously so, as he recognized that the overall effect on the viewer was far greater than any ego-driven desire to stamp his own signature on a film.

The perfect collaborator, devoid of ego, this selflessness is perfectly illustrated by his decision to convince director Darren Aronofsky to completely remove the soundtrack Jóhannsson had spent months producing for the harrowing Mother (2017). Jóhannsson, who was known to send sound snippets and early ideas to the directors he worked with while they were in the course of filming, simply thought the film was better served without his music. He ended up instead contributing to the sound design of the disturbingly surreal allegory.

Along with his rejected Blade Runner 2049 score, his unused soundtrack to Mother is yet another missing Jóhannsson piece that fans can only hope may at some point emerge.“It’s impossible to say,” answers Finnsson when asked at what stage these pieces exist and if they are likely to be released. “Since Johann always worked on multiple projects simultaneously, there is a lot of unpublished music at different stages which he left behind.”

What does remain though is a considerable body of timeless work. Even without reference to the countless Icelandic punk, synth, and indie bands he played with and/or produced since the late 1980s (some of which he continued to work with concurrent to his classical career), over the last decade and a half Jóhannsson managed to create a spellbinding catalogue.

Combining modern electronic and sound manipulation techniques with minimalist yet engaging and emotionally wrought classical structures, he opened up what is often thought of as a high brow art form to the everyman.

We can appreciate his imagination, deft touch and storytelling every time we play his music or watch any of the films he has left us with. And we’re lucky that so many of the latter are of sufficient quality to warrant repeated views. Upon revisiting, the narratives may not always hold their initial surprise, but Jóhannsson’s intriguing, often subtle scores always have something more to reveal.

While this legacy continues to offer us an opportunity to gasp in wonder at Jóhannsson’s singular imagination and revel in music perhaps far removed from our regular streaming playlists, there remains a bitter taste: the sorrow and regret of what might still have been left to come from as compelling an artist taken far too soon.