All week long, XLR8R‘s Labels We Love series has found us speaking at length with […] 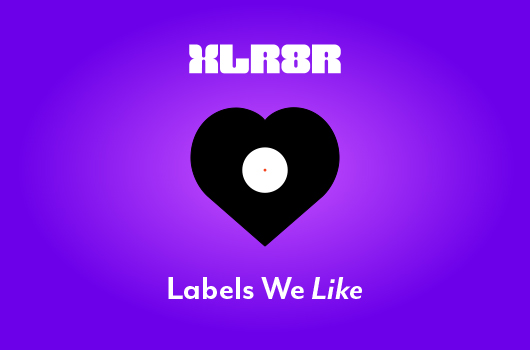 All week long, XLR8R‘s Labels We Love series has found us speaking at length with […]

All week long, XLR8R‘s Labels We Love series has found us speaking at length with the people behind some of our favorite imprints. So far, those features have only focused on well-established labels, outfits whose names are likely already familiar to the majority of XLR8R readers. That being said, when it comes to labels, we’re interested in more than just the obvious candidates. Although it’s hard to truly love a label until it has a proven track record and a relatively large body of work, we find still ourselves salivating over new imprints all the time. The world of electronic music is one that moves rather quickly, meaning that interesting new upstarts pop up on what often feels like a daily basis. Granted, many of these will ultimately be flash-in-the-pan operations, but that doesn’t make our excitement about their current output any less tangible. In celebration of that rush, we’ve assembled a list of six Labels We Like. Most of these imprints are new, and some only have a handful of releases to their name, but they’ve all been turning out music that’s piqued our interest and left us wanting more. If they keep it up, perhaps they’ll be able to crack the Labels We Love roster somewhere down the road.

Audio Culture
Since its founding as a label last year, Amsterdam’s Audio Culture imprint has put together a small but effective catalog of high-quality 12″s and EPs that loosely fall within the confines of bass-loaded house music. (The label’s recurring SoundCloud tag—”House?”—may actually say it best.) Early on, the collaborative efforts which paired up Presk and Cinnaman as well as Hackman and Tessela (not to mention the accompanying remixes from heavy hitters like Jon Convex and Doc Daneeka) made for a solid initial showing. However, 2012 has seen the label really hit full stride with Belgian duo GoldFFinch leading the charge before newcomers South London Ordnance and Iron Galaxy provided Audio Culture with its best showings yet in just the past few months. To its credit, the imprint hasn’t yet landed on any exact stylistic guidelines per se, but the Dutch operation has certainly earned our trust in a short amount of time, simply by supplying essential tunes that fall somewhere between all the rigid genre lines out there. Glenn Jackson

Love Fever
Despite having just two records to its name, the vinyl-only Love Fever label is already showing loads of promise. Born out of the London party of the same name, the pair of founders behind the effort (who are simply referred to as Alex and Andy) have released some of the most sensual and alluring house music to appear on wax this year, offering a handful of tunes they colorfully describe as “cross-genre, with a heavy leaning on sleaze,” and presenting them inside some of the most provocative packaging of recent memory. Between Bicep’s sultry and shuffling anthem, “$tripper,” and Citizen’s deep Room Service EP, the label’s output has quicky become a staple for soul-minded, low-end hungry dancefloors. With its limited catalog and genuinely low-key presence, what exactly the future may hold for Love Fever is still unclear at this point—aside from word of an eventual return to the label by London producer Citizen—but a continued dedication to soul-touched grooves and the vinyl format are likely to yield similarly enticing bits of audio. Glenn Jackson

ManMakeMusic
It’s reassuring that “zeitgeisty” is already a word, lest anyone have to coin it whilst discussing George Fitzgerald‘s ManMakeMusic label. Launched in 2011 with Fitzgerald’s own “Fernweh” b/w “Hearts” single, the imprint still has that new-car smell. Actually, that smell might be the point: the label’s five releases to date have straddled the line between house and bass music better than most, liberally incorporating the cut-up vocal samples, smokey synth pads, and peg-leg rhythms that have bewitched UK dance music for the last several years. Lean, mean, and stylistically diverse, it’s a testament to Fitzgerald’s taste that ManMakeMusic’s singles hit so consistently hard. Newcomer Leon Vynehall’s “Gold Language” b/w “Don’t Know Why,” for instance, is a rhythmic monster, layering drums on top of drums until the vocal interjections sound like they’re suffocating. On the other side of the spectrum, U’s porous, foggy MMAKEU01 seems to float by. ManMakeMusic can hardly make up for all the sniffling, weak-kneed house knockoffs that are coming out of UK producers these days, but it’s a start. Andrew Gaerig

Spectrum Spools
Whether it’s the art-addled Oberlin kids that head north after graduation, the pervasive grayness of its skies and factories, or perhaps the homonym-assisted state of mind that develops when you own shoreline on Lake Erie, Cleveland has always had a foothold in experimental music that’s perhaps disproportionate to its overall music scene. So it really shouldn’t be a surprise that Emeralds’ John Elliott partnered with Vienna’s Peter Rehberg (Fenn O’Berg, KTL, et al) for Editions Mego offshoot Spectrum Spools, one of the most diverse and potent underground music labels currently operating. What makes the imprint even more impressive is that despite their considerable talents, Spectrum Spools’ founders haven’t populated the label’s discography with their own releases. Instead, they’ve reached out to experimental electronic musicians of all stripes, from the synth-punk squall of Gary War to Bee Mask’s media deconstructions to the glacial drone of Motion Sickness of Time Travel. An album-focused label, Spectrum has dropped 11 long-players so far this year, with Bee Mask’s feverish When We Were Eating Unripe Grapes and albums by Forma, Container, and Three Legged Race still to come. It’s an impossible pace, but then again, music fans have been underrating Cleveland for decades anyway. Andrew Gaerig

Turbo
“We started out singing into plastic bags and shipping them to stores as quickly as possible,” explains Turbo Recordings head Tiga on the label’s Soundcloud page. Presumably, those years were well before the Montreal-based imprint started its life in 1998, but either way, it’s gone far since then. Clearly, Turbo is not a new label, perhaps making its inclusion here seem strange. However, what was once an outlet for electro-pop artists like Boys Noize and Chromeo has recently repositioned itself as an advocate for a form of purist’s techno, and the transformation has noticeably caught our attention. Turbo’s new outlook was firmly established earlier this year with the release of New Jack Techno, a mission statement disguised as a compilation that featured works from a diverse cast of up-and-coming artists: Sei A, Gingy & Bordello, Locked Groove, and Nautiluss. Though broad in scope, the shared element is a stylistic mixture that blends the sonic experimentation of London with the aesthetic purity of Berlin. Still in the nascent stages of the shift, we’re excited to see where this new direction will lead. Derek Opperman