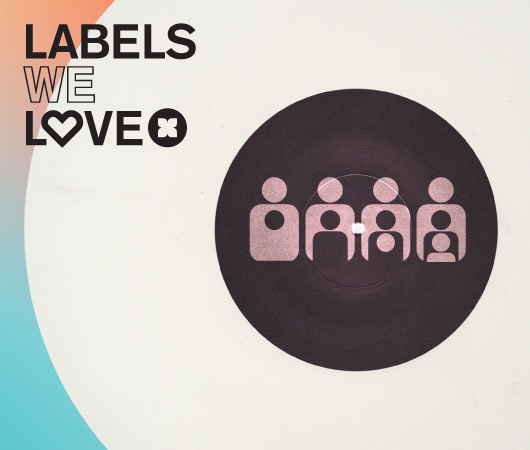 All week long, XLR8R is presenting its annual focus on Labels We Love. Click here to check out the rest of the series.

The story of Clone Records‘ early days is a familiar tale in electronic music. Label owner Serge, a DJ and occasional producer seldom referred to by his surname (Verschuur, for the record), started the label in 1993 because he could, and because it was easier for him to release records by himself than rely on others to do it. Clone’s success is a well-trodden story of self-reliance and a DIY attitude to making things happen, and the name of the Rotterdam-based label is a tangential reference to this too, since many other labels in the US that Serge admired, especially in Chicago, were born not from grand ambition but through a pretty simple desire to get records out as quickly, and with as little fuss, as possible.

That is more or less Clone’s ethos to releasing music. It may not be the most dazzling blueprint ever conceived, but it’s worked for more than 20 years because the label has been a natural extension of Serge’s polyamorous relationship with electronic music. The music’s atomization in the years following the early 1990s is a topic that Serge circles around more than once, and is something that he’s evidently spent a long time fighting against.

Still, the Clone catalog up to about the early 2000s is a not dissimilar network of lean, body-moving sonic assaults. EPs from the imprint’s early years were Drexciya-inspired, 303-splashed techno records produced by Serge himself, under his Orx alias. Duplex and Funckarma, who put out records on Clone and its first sub-label, DUB (an outlet for more experimental, Rephlex-style records, originally known as Djak-Up-Bitch), were among those who expanded on Clone’s steely aesthetic. The release of Drexciya’s last album, Grava 4, in 2002 effectively made Clone the go-to electro label of that period, but by this time, the label was also releasing uncharacteristically warm disco from Finnish duo Putsch ’79 and ghoulish Italo from Clone-affiliated producer and studio engineer Alden Tyrell.

From there, Clone continued to grow. Alongside a distribution business and a record store in Rotterdam, which Serge opened a short time after setting up the label, Clone was releasing Prescription-esque house records from Reggie Dokes and Scott Grooves; Moroder-shaped disco from The Hasbeens (DJ Overdose and Alden Tyrell); and reissuing treasured 12″s of Chicago house (Mike Dunn, Tyree), obscure ’70s Italo (Gay Cat Park’s hitherto scarce “I Am a Vocoder”), and jet-black electro from Heinrich Mueller’s Dopplereffekt project. The label’s roster is a broader church than most; it’s not easy to identify records that personify Clone.

“We’ve never had a proper hit or a record that changed things, such as ‘LFO’ for Warp Records or ‘Tubular Bells’ for Virgin,” says Serge. “But I consider Adult.’s ‘Hand to Phone’ as the biggest hit we’ve had. That was probably one of a handful of tracks that defined the electro sound of that period.”

The name Clone was meant as acknowledgment, as Serge felt like he owed a debt to others who had lit the fire in him to start a label and release music. At the time, he may have been doing what “everyone else” was doing, but Clone has always been a label brimming with personality—or, more accurately, personalities. The trouble was, the label’s laissez-faire attitude to A&R and self-presentation sometimes left its audience a little cold. Regular visitors to the shop devoted to Clone’s Italo releases one week weren’t necessarily interested in the Drexciya stuff coming out the following Tuesday; DJs who would buy up Unit Moebius and Dopplereffekt records couldn’t always relate to the Scott Grooves EP the label had released earlier that month.

Serge talks like an idealist, but he’s also pragmatic. He recalls having sold a 909 unit he was using to produce music around two decades ago, dangling it in front of a high-earning gabba DJ who paid a “crazy amount” to use it as a stereo unit. (“I actually bought a very nice mountain bike for that money,” he says gleefully.) Five years ago, he was equally ruthless in his decision to shut down Clone as his confidence in the direction of the label ebbed away in the face of regular criticism and self-doubt.

“I thought I had to change something, but I didn’t really know what,” explains Serge. “For a while, I just put things on hold and reconsidered the way I wanted to run my label. And basically, that’s what I did. You have different styles, and different vibes, and also different user moments in different locations, so I restyled the label to those different moments. Maybe functionality is bit of a profanity—it’s a profanity using that word with music—but you know, the personality and the user moment, and the vibe, and atmosphere, it’s so different. I restyled the label just like I plan my DJ sets as well, and I think in locations and vibes. So I was like, ‘Okay, if I do it like I approach my DJ sets, then it’ll also make it more clear for a lot of younger buyers or people who are just getting into their journey in music.'”

He goes on to explain that his decision was made more in sympathy than exasperation with younger customers. “When I started listening to house and techno music, I already had some background information from disco and hip-hop… as a buyer, as a music lover, I was able to evolve slowly. But now you have 30, 35 years of electronic music history available at the same point. It’s almost impossible to understand everything right now as an 18-year-old kid.”

In the end, the closure only lasted a few months, but when Clone re-emerged, it had taken on a new, multi-headed form. Serge had divided Clone into a series of sub-labels—Clone Jack For Daze, Clone Basement, Clone West Coast, Clone Royal Oak, Clone Loft Supreme, and Clone Aqualung—in an effort to make Clone releases easier to navigate. Furthermore, having these different channels helped restore Serge’s freedom to release music by young artists who themselves are still growing in their “musical journey,” as he often puts it. As such, he’s continued to put out “strange records, that are maybe not perfect but have a certain fingerprint from the artist, and have this kind of freshness about [them].”

Clone’s passion for showcasing new artists is at the core of its mission, but the label’s reverence of dance music history is arguably just as important; moreover, it’s at the heart of some of the label’s most admirable output. Through its Clone Classic Cuts sub-label, previously unknown or prohibitively expensive house classics from artists such as Mike Dunn, Jovonn, and Roy Davis Jr. have found their way back into record bags. Its most significant undertaking, though, has been the curation of Drexciya’s redoubtable back catalog, an effort which, over the course of four compilations, has reissued 57 tracks taken from various EPs on Underground Resistance, Rephlex, and Submerge. (If that seems like a lot, consider that an additional 41 tracks from the Detroit duo’s three albums—Neptune’s Lair, Harnessed the Storm, and Grava 4—were left out.) Released between 2011 and 2013, the Journey of the Deep Sea Dweller compilations retain almost nothing of the original look and feel of the EPs. Each LP is a minimalist white slate featuring a small, electric blue frogman hovering above the word “Drexciya.” While the records produced by Gerald Donald and the late James Stinson are so revered that they can sometimes feel like sacred cows, Clone elected to set aside some of the duo’s mythology and extensively rearrange the music, bringing a unique curatorial touch to a reissue culture that is still finding its feet when it comes to (re)presenting music from another era.

“Those records are magical,” says Serge. “They had such an influence: the look, and the feel, and how they sound and everything… even if it’s just an item from the past, people have a lot of memories about those records. I think those memories and those feelings about those records shouldn’t be disturbed. I don’t think that those records should be re-released [in the same way], and a lot of the music from Drexciya was made specially. Basically, we had a clear vision of how we wanted to do it. We didn’t want to disturb those memories, and those magic feelings of the original records on Submerge. So we said, ‘Well, okay, we have to present it as like the whole collection from Drexciya, but take it away from those original ones and present it as a new listening experience.'”

He adds: “But if you want to have the original way how it was presented, you still need the original records. Those contained original stories, and original artwork, all of which are very important parts of the records as well. If you want to have a completely different view of the music of Drexciya, you can listen to the compilations. And, you know, they sound different. We mastered them again and we kept the artwork very minimal so that people can make their own images, and they know about the story that Drexciya had.”

The unseen fingerprint on the original Drexciya EPs and albums was that of Ron Murphy, the late, legendary sound engineer responsible for cutting so many of Detroit’s greatest techno and electro records. The Drexciya records on the compilations have a different sonic character than the distinctive Murphy originals, a decision that Serge arrived at via a desire to protect the character, both sonic and visual, of the original pressings.

“Ron Murphy has a very typical way of mastering, and that is part of Detroit techno music history,” says Serge. “But, you know, this is just about the music… we could [have] come closer to how [Drexciya] recorded it. [But] the whole frequency spectrum that we could use was bigger. I’m not a technical specialist, so maybe I shouldn’t comment on how Ron Murphy was mastering, but basically we were able to move away from that and have Alden Tyrell, who did all the mastering [on the compilations], just go at it. For example, we had a couple of tracks where we could hear parts which we were not able to hear on the Ron Murphy cuttings, this was like in the sub-bass and toms, and that’s also a thing. You know, if you wanted to have it really loud on vinyl, especially back then, you had to make some choices. But nowadays, and especially with the digital or CD releases, you don’t have to cut away all the sub and the very high-end levels.”

Over the past two decades, Clone has weathered storms familiar to most long-running imprints—a crisis of confidence, shifting musical trends, and a shrinking record-buying public—but has ultimately emerged as one of Europe’s best labels. Much of that can be traced back to Serge’s simple passion for putting out records. Clone shut down in 2009 because that passion had, for a short time, deserted him, but these days, the label appears to be operating with a renewed vigour. Clone is releasing more music—on a more regular basis—than ever before, and it’s still doing things its own way. For a label that was founded as an act of imitation, Clone has done a pretty good job forging its own path.