Future Times began simply with a 7″ from Maxmillion Dunbar, the solo alias of DC-area […] 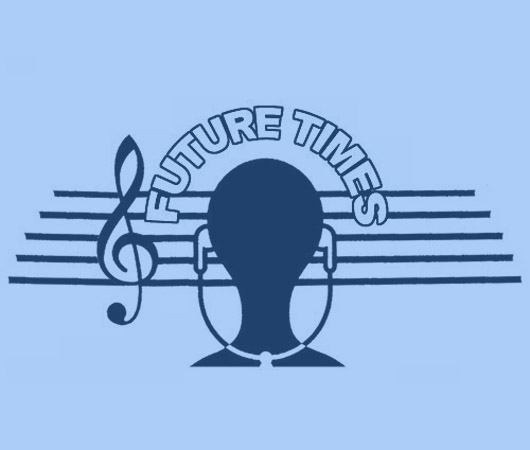 Future Times began simply with a 7″ from Maxmillion Dunbar, the solo alias of DC-area […]

Future Times began simply with a 7″ from Maxmillion Dunbar, the solo alias of DC-area DJ/producer Andrew Field-Pickering. After putting out the “Outrageous Soulz” b/w “Dreamerzzz” single himself towards the end of 2007, Field-Pickering eventually got to talking with friend and fellow DJ/producer Mike Petillo. Petillo explains further, “Andrew had put out a single of his own and had called the label Future Times. I really liked the music, and we were talking one day—literally shooting the shit on some bus ride—and we both said, ‘Let’s just put out more records, fuck it.'” Initially pulling from a fertile crew of local musician and producer friends, Future Times has built a reputation for continually evolving releases landing somewhere along the more adventurous threads which tie together disco, boogie, and house. Now on its 13th release, the label has established itself as a consistent hub for genuinely creative, fun, and often cleverly weird electronic music, christening outfits such as Beautiful Swimmers and Protect-U along the way.

Both men behind the label cite DC’s “ex-punk” scene as the origin of their friendship and, largely, that of the core group of producers, DJs, and beat freaks which made up the early Future Times crew. “We were just a relatively small group of friends working together and feeding off each other, getting each other excited about a track we were making,” says Petillo. Indeed that crew seems rather tight-knit when you consider the label’s first six offerings—five singles (two 7″s and three 12″s) and a four-track compilation—all of which stemmed from alternating combinations of only five people. Within that group of releases, Field-Pickering appears twice as Maxmillion Dunbar (alternately referred to simply as Max D), and three times as Beautiful Swimmers alongside Ari Goldman, while Petillo puts in time as one-half of Protect-U with his partner Aaron Leitko, and Jason Letkiewicz contributes under two different handles—first as Rhythm Based Lovers and later as Sensual Beings.

Perhaps that explains the sonic relation between the releases, though it is hard to pinpoint exactly what styles and themes each Future Times artist manages to touch on. Vibe 1, the label’s debut compilation, displayed this best, as everything from galactic funk and ’90s East Coast house to new-age beats and Herbie Hancock-style boogie popped up within the collection’s four cuts. Still, each tune seems to come from a similar place and is clearly aimed at some strangely inviting cosmic dancefloor. “The first comp [Vibe 1] was sort of our way of being like, ‘Yo, there’s a crew here and we have a sound that’s cohesive and different at the same time,'” notes Petillo.

Eventually, Future Times reached outside of its DC circle, tapping the unpredictable Brooklyn resident Slava for a pair of tunes together known as the “Dreaming Tiger” 12″. Meanwhile, new work from the rest of the crew was not far behind, and as the catalog expanded, so did the sonic territory—Slava’s explorations landed him on Latin-kissed, synth-heavy house; Protect-U dipped further into its dancefloor ready new-new age on the “World Music” 12″; and Beautiful Swimmers ran in three separate directions on its “Big Coast” 12″, turning in a title track that was one part slow-burning, ’80s-era electro, one part world-music boogie, and one part stoney island dub.

In short, pinning down the Future Times catalog to a specific genre is ostensibly impossible. The label heads acknowledge that there isn’t some sort of grand scheme or any specific sonic guideline behind their imprint. That said, their tastes do seem to lean towards the funkier side of dance music, especially those producers who are (or at least appear to be) well versed in classic electronic music. Field-Pickering offers a bit of insight as to what makes their crew tick: “We all like to DJ, it’s a heavy part of what we do. We’re all big devotees of certain parts of dance music and electronic music. Really, we’re freaks for it.” Petillo goes on to add, “We’re drawn to people that are straight-up music freaks. Straight-up heads—that’s who we want to surround ourselves with as a label and as musicians.”

The label’s 2011 compilation, simply titled Vibe 2, is the most comprehensive document of these statements. Culling from an international list of like-minded producers, the nine-track record again moved in almost too many directions to count, with Steve Summers (yet another alias of Jason Letkiewicz) and Steve Moore holding down the new-age side of things while NYC’s L.I.E.S. (in conjunction with Max D), Berlin’s Hunee, Amsterdam’s Juju & Jordash, the LA-based Tom Noble, and more delivered synth-heavy tunes from all different angles of dance music. “On the second comp,” says Petillo, “we wanted to branch out and extend the original idea, take it to the next step. We had made connections with people around the world and had a chance to expand on the original idea by working with these new people.” These were connections made through years of musical digging and through the Future Times crew’s travels around the world, and to Field-Pickering it was a logical extension. “There’s an inherent scene that is around it [the compilation], those guys are all extended family.”

Now two records past Vibe 2 (one being an anonymous white label and the other a recent 12″ from Max D, “Orgies of the Hemp Eaters”), the label is set to continue pushing on in much of the same manner. Asking the pair of men at the helm what’s next reveals a flurry of names with no exact dates settled upon—Beautiful Swimmers has plans for a 2×12″ made up of new tunes and rare cuts; Steve Moore and Huerco S are set to officially join the label with 12″s of their own; and DJ Sottofet of Sex Tags Mania will be reworking some of the label’s catalog for a release. Protect-U is also eyeing an LP-length release that will “most likely end up on Future Times” as well. Clearly, the label is primed to continue moving in an even greater variety of directions, and with the lack of any exact sonic focus, Petillo’s thoughts on the label’s inspiration seems a fitting blueprint for the imprint moving forward: “There are just really good, solid, like-minded people kicking out some seriously sick jams that need to get out there, and we’re doing our part.”