Over the last five years or so, UK label Hypercolour has steadily crept toward dance-music […] 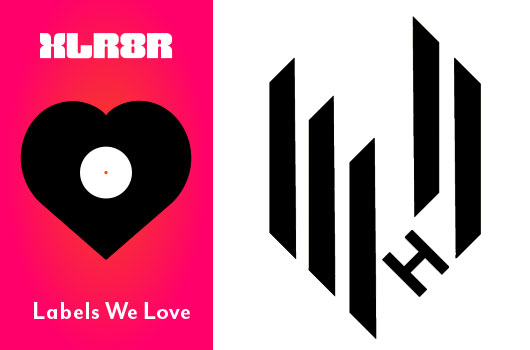 Over the last five years or so, UK label Hypercolour has steadily crept toward dance-music […]

Over the last five years or so, UK label Hypercolour has steadily crept toward dance-music prominence. In that time, it has built from tentative, occasional releases—largely from a homegrown roster—to something approaching an English variation on the conglomerate model employed by Dutch institutions Rush Hour and Clone. Chiefly run by Jamie Russell, Alex Jones, and Ste Roberts, Hypercolour is triangulated between Bristol, London, and Leeds. It incorporates the eponymous main label as well as three sub-labels: Glasstable, Losing Suki, and Hype_LTD, each of which represents a different facet of the management’s interests. But at the crux of the operation, of course, are the records. Beyond releases from that initial group of like-minded producers, the label has hosted sterling turns from a vast array of artists, and are poised to further that success in the future, both in terms of quality and diversity.

Hypercolour’s prominence didn’t happen overnight. The label emerged from humble beginnings in 2006, as Jones explains, “We officially started the label in 2005. It was an extreme case of bad luck. The day our first record came out, our distributor went into liquidation. We manufactured 1000 records that I imagine just got burned—a baptism of fire, I guess. We then went to Intergroove in Germany, so really, officially, [we started in] 2006 [with Glimpse’s Talking To Girls href=”http://soundcloud.com/glimpse”].” Jones and Russell describe that period as “transitional,” with the label growing out of its founders’ respective nightlife careers. While Russell put on parties in London, Jones was busy DJing in a duo called The Insurgents. It was in Russell’s hometown of Brighton that the two bonded, as Jones held down a residency at Big Beat Boutique; originally Fatboy Slim’s night, it was then in thrall to the likes of Radio Slave and DJ Touché (now better known as Fake Blood). “It was the height of minimal techno,” Russell remembers. “Minus was huge; Hawtin [had a] God-like status. There was a lot of pots-and-pans-sounding instrumental techno circulating.” “We thought we could do a better job than a lot of the stuff that was knocking around at the time,” Jones adds.

Early releases came exclusively from friends of the management, like Christopher Spero (who records as Glimpse), Tom Demac, Kris Wadsworth, and Laurie Shenoda (who records as Shenoda), as well as several turns from Jones himself. Those early years highlighted deep and quirky takes on tech-house, the music floor-facing but also making gentle nudges toward experimentation. The label has since branched out considerably, yet a sense of family still rests at its heart. Releases by newer recruits Huxley and Maya Jane Coles are perhaps more streamlined, not to mention more influenced by garage and the ever-nebulous UK bass, but those early idiosyncrasies—the “colour,” if you will—persist. “I think [a sense of family] is integral, really,” Jones says. “We’ve never jumped onto bandwagons—we’ve always stuck with our core artists and nurtured them, and having an outlet like us, to put their music out and have [our] support, means we get the best out of them.” The two are adamant that Hypercolour is still treated more like an art collective than a moneymaking enterprise. “There’s a close knit group of friends involved in the label, so we bounce [ideas] off each other or inspire each other,” Russell says. “Everyone’s on their own little journey. We’ve been there from the beginning for a lot of them—we put out their first records. If you look at the likes of Maya [Jane Coles] or Laurie [Shenoda], they’re doing really well for themselves, so it’s really positive and great to see.” Jones maintains that there’s also at least some level of critique occurring: “We wind each other up, take the piss, or are brutally honest about somebody’s music as well. It’s a viable business, but I don’t think we’ve ever treated it like that.”

Huxley “Let It Go” on Hypercolour

This sense of collaboration is furthered by the label’s distinctive artwork, which is designed by Jones. Every record receives an individual touch. “I’ll see what the title of the track is and try to make it around that,” Jones says. “Sometimes it can come out quite bizarre, but generally people warm to it. But we give the artists [room for input]… we take feedback or criticism, and I try to make the art as bespoke as the artists actually want. I’ll take that into account and do that for them. It’s just nicer to do, and makes them more involved with the label.”

Maxxi Soundsystem “Regrets We Have No Use For” on Hypercolour

For the sub-labels, Hypercolour takes a slightly different approach. Glasstable’s sleazy imagery is further gratified via picture disc. The Hype_LTD artwork features a modified variation on its parent label’s logo, while each Losing Suki cover is hand-sketched. These subtle modifications speak to their other differences as well. Each sub-label is less a vanity project than a necessity. With the volume of records Hypercolour has come to release, these other labels allow a diffusion of the less dancefloor-oriented material and avert a bit of confusion.

Russell explains Glasstable as, “a straightforward conceptual label.” Its entry in 2010 was, “based around the fact that we used to sit around this table in Alex’s living room and listen to demos and new music, and talk about the future of the label. It was a certain type of music we’d listen to around that table in those early hours, and it was less club orientated—it wasn’t peaktime bangers.” It was Jimmy Edgar’s demo for Hush that convinced them to mint Glasstable, as its, “high-end production… epitomized what we [wanted to do].”

Losing Suki has a similarly lackadaisical namesake: Jones’s grandmother’s cat was named Suki, and it died. Russell explains that its start, also in 2010, was principally about new artists: “We were getting sent demos from a lot of new and interesting artists that were perhaps slightly too risky to [be] put out on vinyl, so we started it off as a digital [label]. We started doing vinyl on the sixth release, and now we’re up to eleven [releases]. I think it’s got a distinctly UK sound.” He cites Last Magpie‘s No More Stories as an exemplary release, as it, “spans between UK garage and house, but is distinctly UK.” Hype_LTD, which began last year, has, “traditional roots,” as Russell says. “The Amir Alexander (Everybody’s Beautiful) and Murphy Jax (Acid Rapper) records were sort of retro house.” Jones adds, “we’re kind of forced to put out bigger sounding records on the main label. It’s not a compromise at all, but at the same time, we could put out techno on [Hype_LTD] if we wanted. And deeper stuff—slightly more mature.”

With cross-pollination being so rife over the last few years, one wonders how the Hypercolour braintrust goes about choosing which artist goes where. Mosca seems a prime example of a producer who could record for any of the sub-labels, and yet this year’s Eva Mendes EP ended up on Hypercolour proper. “We actually approached him prior to taking on this housier sound,” Russell remembers. “When I first came across him, it was Tilt Shift for Fat City, and that was straight-up grime. We just said, ‘send us some music and and we’ll see where it fits.’ It just turned out he made a record that was more tailored for us.” In that sense, Eva Mendes is symptomatic of a larger trend. “As a DJ, I guess his sound has changed,” Russell remarks. “There’s something happening in the UK. I don’t know if it’s spreading, but house and techno are sort of the premium genres that DJs seem to be playing in clubs. Look at Blawan and Joy Orbison.” He continues, “our heritage is rooted in UK club culture, so it was bound to rise to the surface at some point. That’s where the garage influence is coming [from]. It’s just been a natural progression. Those are the sort of producers, over the last couple of years, that we’ve been impressed by and have been tracking down to do music with. It wasn’t something we consciously set out to do.”

Be that as it may, Hypercolour does embody some part of the zeitgeist. Jones mentions that they’d like to parlay their success into branded events, and cites Dirtybird‘s worldwide parties as a model. Russell also prioritizes artist albums: “It’s an area that we would like to delve more into, and push our artists to take [the album format] into consideration.” Jones adds, “we want to grow into something perhaps a bit more than just a dance label. Warp and XL are heroes to us. We’d like to at least have a stab at doing what those guys do.” Nevertheless, they acknowledge that for the time being they are a 12″ label, rifling off a shocking variety of artists, new and old, preparing records for their company: George Fitzgerald, Tom Demac, Maxxi Soundsystem, Eats Everything & Justin Martin, Braille, Will Azada, Axel Boman, Glimpse, Alex Coulton, Youandewan, and Kris Wadsworth.

Even with such an extensive list of releases on the way, Russell and Jones agree that high standards are of the utmost priority, and are adamant in their refusal to let quality control slide. “If we stick to the same ethos that we started with, which is quality… initially it was quality over quantity, but now we’ve got lots of quality,” Jones offers. “Between me, Jamie, and Ste… I can’t really remember the last time we put out a dud record. We’re more critical of the music we’re hearing now, [more] than ever, so I think onwards and upwards. Say next year there’s a drought of decent music, and we’re not blessed with as much good music as this year, then I just don’t think we’ll release it, and you might see a slightly more sporadic release schedule from us.” In the end, however, Hypercolour is all about its artists. The label may be branching out and finding new names, but its core group of producers veritably ensures a sort of safety net. “The dream is to maintain these high standards that we’ve created for ourselves,” Russell says, “and with the caliber of artists that we’re working with, there’s no reason we can’t continue to do that.”