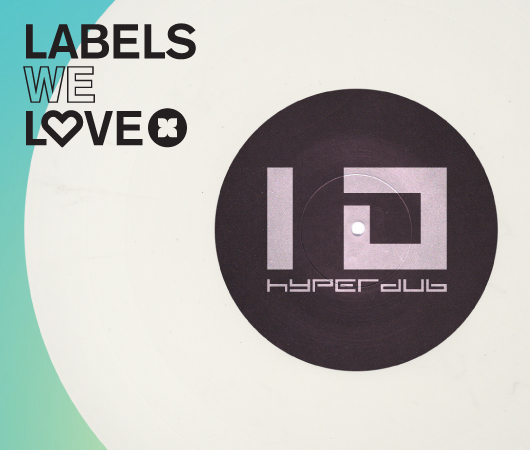 All week long, XLR8R is presenting its annual focus on Labels We Love. Click here to check out the rest of the series.

Without question, 2014 has been a year of extreme ups and downs for Hyperdub, the London-based label headed up by Kode9 (a.k.a. Steve Goodman). On the one hand, the crew has tragically lost two of its most beloved members, footwork pioneer DJ Rashad and innovative MC The Spaceape. At the same time, Hyperdub has spent the bulk of the year celebrating its 10th anniversary, both with a lengthy run of label nights around the globe and an extensive four-part compilation series. Furthermore, the imprint’s futuristic vision, which disregards traditional notions of genre while uniting seemingly disparate strains of bass-heavy soundsystem music from both sides of the Atlantic, has effectively become one of the most influential forces in the electronic sphere. As such, selecting Hyperdub for this year’s Labels We Love was an easy choice to make. We asked Kode9 to help us look back on his label’s legacy by selecting 10 tracks from the Hyperdub catalog—one from each year of its decade-long run—and explaining why they stick out in his memory.

A Sunday afternoon in 2002 or something like that. I’m sharing an apartment with Spaceape. We’re bored—I say, “Let’s make a track.” He’s never made music before or written lyrics. I ask him to pick one of his favorite tracks and we’ll do a cover. He dug out his copy of Prince’s Sign of the Times [and] re-versioned the lyrics in his best patois, which I then pitched ’til the voice was pure gravel. I quickly laid down a simple bass pulse and a couple of samples thrown in delay and reverb and that was that. Quickest track we ever made.

I had been playing “South London Boroughs” and “Southern Comfort” in my sets since 2002, but really, this beauty was the track that made me want to release Burial’s music.

Like with most sample-based tracks, this started with an earworm. I was humming that melody for months before I became conscious of where I’d heard it. I suppose what I had in mind with this track was a more funereal version of Method Man’s “Release ‘Yo Delf.”

The original is probably the biggest anthem we ever released. The Bug and I spent a couple of weeks in Japan recording taxi drivers and schoolgirls saying the word “skeng” and that ended up as the intro to my remix, with Goth Trad saying “You don’t want to see me get evil” just before the drop.

Definitely in my top five Hyperdub releases ever. I think I first heard this on a rooftop in Melbourne the day I met Flying Lotus for the first time. I love wavering pitches and generally everything slightly out of tune. I’d never heard a track that limped along in quite the way his drums do at that point. And those synths could even make a robot cry.

I always tend to prefer broken to linear techno—this track hits that nail directly on the head.

Sent a shiver down my spine first I heard this. Ice cold. There is something very “edge of the abyss” about the deadpan voice reading the poetry in this track and the contrast with the wavering backing track.

I had an out-of-body experience with this amazing track, and in fact, the whole Quarantine album on an amphetamine-charged flight from Cape Town to Johannesburg before the record came out. That’s my favorite time to listen to our releases—before I’ve got my head around something. It sounds at its freshest and there is a singular intimacy (in an era of networked overload) to listening to music which really only exists in a couple of locations and hasn’t yet been mastered and given that sheen.

This statement and track sums up the creative engine at the heart of footwork, which enables these guys to flip samples the ways they do. And when I saw Rashad pacing the streets of London in Ashes57’s video for the track, that just sealed my love for the tune. Those bleeps though—another icy classic.

I’ve been opening my sets with this track since I first heard it. I love those big brassy bass licks that Fatima uses and the contrast with the steel drums playing R&B melodies is incredible on a huge system.