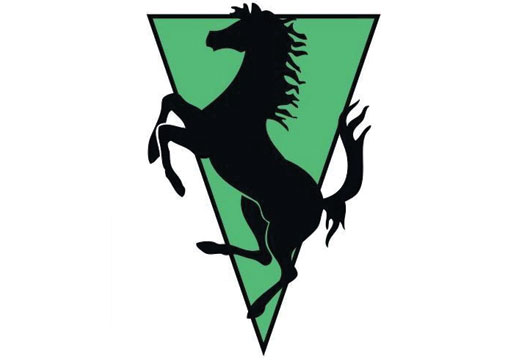 It’s hard to imagine the techno world of the late ’80s and ’90s without Belgium’s R&S Records. The Ghent-based label not only first introduced Aphex Twin to the world, but it was also the home of some of the era’s biggest names and releases, from Derrick May to System 7 to Joey Beltram, whose “Energy Flash” might be the label’s most famous single. The story of Renaat Vendepapeliere’s and Sabine Maes’ imprint is well-known by now: After more than 10 years of mostly excellent releases, the label succumbed to trends (such as D&B), oversaturated the market, and its founders became disgusted by commercial elements in the music industry. For nearly eight years, R&S lay dormant, though its legacy never decreased: It became the sort of label that’s talked about reverently by both producers and partygoers alike.

But in 2006, the label was reborn, and has been churning out new music and reissues ever since. Favorites like May’s Innovator best-of compilation and Model 500‘s Classics have been re-released in new packages, but they come along with exciting new work from Radio Slave, Shlomi Aber, Pariah, and James Blake. While the Radio Slave and Model 500 releases still assure that the label is entrenched in techno, it is perhaps the post-dubstep aesthetic of Blake which is most representative of the label’s new curatorial aim, as Blake’s skittering sonic experimentations and Pariah’s exemplary take on UK funky show that R&S isn’t resting on its laurels, something that can’t always be said of other imprints with such astounding history behind them. And wiith upcoming cuts from five-piece Vondelpark and wonky dubstep master Blawan, R&S has once again cemented its place in the electronic dance music pantheon. Here are a few of the label’s finest to date.

Various Artists
PCP EP (1992)
Though Joey Beltram and Aphex Twin might have more famous releases on the label, this EP of tracks by different pseudonyms of producer Marc Trauner was one of the key records of the era. “Nightflight (Nonstop to Kaos)” and “We Have Arrived” are classics of dark, minimal hardcore—some have even called the latter a proto-gabber track. The b-side embodies a sunnier Detroit vibe on “Illuminated” and gorgeous moodiness with “Energy Tanks,” rounding out an EP that has a bit for every techno taste, a prescient formula for its time.

James Blake
CMYK EP (2010)
The London producer’s third proper release made him into the poster boy for the more experimental intersections of IDM in the post-dubstep landscape. Thus, while the title track contains samples from Aaliyah and Kelis, it also rides a skittering 140 bpm beat and a crackling layer of sound that recalls Burial. Pieces like the gospel-tinged “Footnotes” sound like thoroughly dissected LA boogie. While not necessarily a dancefloor record, the EP’s subtlety and balance is mesmerizing, especially considering Blake’s youth.

Model 500
“OFI” b/w “Huesca” (2010)
One of the artists that made R&S so well-regarded in the 1990s recently returned with a new 12″. It goes without saying that Juan Atkins is one of techno’s undeniable geniuses, and this record brilliantly displays his Motown colors to a new generation. “OFI” is a space-themed piece of standard Detroit elements, and includes a gorgeous, bell-laden breakdown not normally associated with Atkins. “Huesca,” on the other hand, sounds like it could be a long-lost Los Hermanos track—lush synths swell behind high-frequency flourishes and D-style skitter. Excellent new work from one of the best.