Four days into our Labels We Love coverage, we’re guessing that plenty of our readers […] 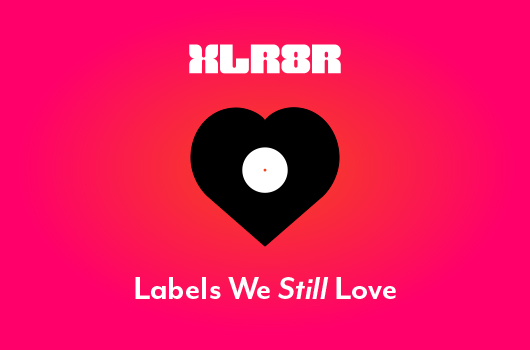 Four days into our Labels We Love coverage, we’re guessing that plenty of our readers […]

Four days into our Labels We Love coverage, we’re guessing that plenty of our readers are thinking, “What about (fill in the name of any label that gets mentioned on XLR8R all the time)?” It’s a natural impulse, and one likely exacerbated by the fact that only a handful of labels have been profiled this week. That said, XLR8R obviously has love for lots of imprints, and although we can’t go deep with them all, we figured that a few of our old favorites still deserved a special shout out. The following six labels have all been around for awhile now; they’ve all appeared on XLR8R dozens of times and will likely continue to do so in the months and years ahead. Still, these imprints aren’t merely resting on their laurels and letting their reputations do the work. Instead, these labels are continuing to push boundaries. More importantly, they’re continuing to release exciting new music, which is why they’ve been selected as Labels We Still Love.

3024
The past few years have seen the horizons of Martyn’s 3024 label broaden well beyond the confines of the Dutch postal code from which it takes its name. Since 2010, the label’s release schedule has read like a painstakingly selective who’s who of producers working within the various offshoots of post-dubstep bass, as Martyn seems to have a knack for signing releases from artists just as they’re on the cusp of a breakthrough; Julio Bashmore’s “Batty Knee Dance,” Mosca’s Wavey EP, and Illum Sphere’s Titan caught each of the British producers right as they broke out of the underground. With “Convextions,” the label played host to Jon Convex’s first solo single away from Instra:mental, and its most recent release, Jacques Greene’s Ready EP, is arguably the most interesting thing the Canadian producer has put out in some time. As 2012 ends, 3024 is reaching its 20th release in strong form, hosting an EP of infectious dancefloor tunes from drum & bass veteran Marcus Intalex under his intriguing techno alias, Trevino. Si Truss

Clone
Simply put, Serge Verschuur’s Clone is an institution. In 2009, the Rotterdam label (which is also a shop) gave its fans a scare when Verschuur announced it was closing. He later added that this just meant restructuring into several style-specific sub-series, giving some order to a company whose widespread interests had become unruly. Three years later, the collective sigh of relief is still being exhaled. Clone has pumped out far more solid releases than can be easily summarized in this space, but the Basement Series and Jack For Daze imprints have been having particularly strong years. On the former, Gesloten Cirkel—one of last year’s breakout artists—delivered an insane remix of Conforce’s “24,” while Dave Huismans’s A Made Up Sound released a disjointedly beautiful EP, Archive II. Jack For Daze struck dancefloor gold with “Bang’t,” by Gerd’s ghetto-house referencing Geeeman project, while Alden Tyrell dropped two exuberant EPs in tandem with Mike Dunn and Verschuur himself. Coupled with the Journey of the Deep Sea Dweller reissues of the legendary Drexciya, and gems by Tom Noble, Morning Factory, and Reggie Blount, Clone remains an shining example for all other labels to follow, simultaneously maximizing both quantity and quality. Steve Kerr

Cómeme
As more producers flock to four-on-the-floor dance music, so too comes stagnancy and creative decline. And while this can be heard in the countless iterations of bland, loop-based tech house and Kerri Chandler-aping ’90s revivalists, one label still promoting the genuinely weird is Cómeme. Started by Matias Aguayo, the imprint has spent the past three years releasing unconventional records that pull from a variety of unusual references. Though now based in Europe, its focus is primarily on releasing material rooted in Latin American cities like Buenos Aires, Santiago de Chile, Xalapa, and Asunción. These places may not have the same connotations as Detroit or Chicago, but the label makes up for it in ingenuity of sound, with a leftfield angle that’s tough-edged and lo-fi—a gritty Latin industrial funk that feels two steps ahead of the present. 2012 has seen Cómeme maintain its edge with releases like Isaac Johan’s noisey Isaac Johan EP, Sano’s tense Disco Noche EP, and label stalwart Daniel Maloso’s LP debut, In and Out. Its consistent aesthetic and uncomprimising attitude is why we loved it in 2009 and still do today. Derek Opperman

R&S/Apollo
Six years on from its resurrection, Belgian-born imprint R&S continues to thrive in its new life as London’s electronic label du jour. Yet despite a string of strong releases throughout 2012—including highlights from Pariah, Lone, and James Blake’s Harmonimix alias—the label is in danger of being overshadowed by its recently rebooted sibling, Apollo. Although its parent label may have emigrated, Apollo remains based in Belgium with R&S founder Renaat Vandepapeliere at the helm. While its original incarnation was known best for ambient releases, its second coming has seen the sub-label embrace an esoteric new roster with an international flavor; Georgia-based producer Gacha blends garage and classic house with a hazy, distanced touch, Submerse presents a take on 2-step infused with sounds of Asian pop, Kasket works jazz and R&B into his unique take on dance music, and Volor Flex filters dubstep through the taught synths of his native Russian beat scene. The label’s latest ties the new crop of Apollo artists back into heart of the R&S universe, with an EP that sees the likes of Synkro, Colonel Red, and Shadow Child & Horx reinterpreting “OFI”—Model 500’s 2010 return to the R&S fold—in eclectic, genre-blurring fashion. Si Truss

Running Back
Since its first release in 2002, German label Running Back has resolutely released according to its owners’ (originally Gerd Janson and Thorsten Scheu, but now just Janson) interests, and the imprint’s refusal to bend to trends has resulted in a tastefully diverse catalog. Janson signed one of the biggest across-the-board hits of last year in Todd Terje’s anthemic Ragysh (an EP which actually contained two across-the-board hits), but he also found space to release an entire album of oddball funk experiments by Maurice Fulton’s Boof project. The contrast between these two records speaks volumes about where Running Back’s priorities lie. This year, Janson released Phillip Lauer’s debut LP of shimmering yacht-house, as well as Matthew Styles’ Aji-No-Moto, another EP with several potential dancefloor smashes. But the label has also been heavy on leftfield material—Redshape’s Square album finds the masked producer as hard-edged and offbeat as ever, while the Hand Made EP contains some of Detroit hero Theo Parrish’s finest work of the year (though his remixes of Helium Robots’ “Jarza” are no slouches either). Top those off with druggy machine grooves by B.D.I. presents Compassion Crew and another EP of rough, grimy cuts from Disco Nihilist, and it’s easy to see why Running Back has become a choice imprint for so many connoisseurs. Steve Kerr

Unknown to the Unknown
In the landscape of carefully marketed and polished-to-death dance music, Unknown to the Unknown sticks out like a glorious, neon-lit middle finger. Run by Hot City‘s DJ Haus, the loosely knit label—which we first profiled in-depth earlier this year—is a beautiful clusterfuck of crazy and off-the-cuff club missiles from the likes of Slackk, 5kinandbone5, Nightwave, Palace, and other like-minded apocalyptic superheroes. Where the genres start and end is anyone’s guess—UTTU has staked out its own strange niche in hyperspace where underground UK bass collides with Detroit and Chicago house and techno, meaning that DJ Stingray and house legend MK rub shoulders with the likes of garage heads Detboi and Dubbel Dutch. Not only is UTTU resuscitating comatose genres—notably breathing fresh air into bassline/4×4 with the help of classic producers DJ Q and Narrows—but the visuals are wild as well: check UTTU’s YouTube channel for seizure-inducing found-footage vids, and rave to the future! Vivian Host