Landscaping, Micheladas, and Bonnie ‘Prince’ Billy: 10 Things You Need to Know About Lawrence 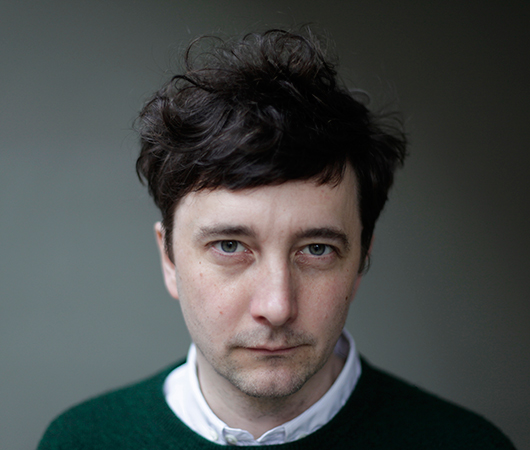 Landscaping, Micheladas, and Bonnie ‘Prince’ Billy: 10 Things You Need to Know About Lawrence

Over the last 12 years, Hamburg, Germany’s Peter M. Kersten has quietly built a cult following with a constant string of house-meets-techno-meets-ambient releases under the Lawrence and Sten guises. Teasing out the strands of low-slung Detroit house (think Theo Parrish and Peacefrog Records) and mixing them with Pop Ambient-style abstraction, Kersten weaves aural tapestries that flit between intense headphone listening and subdued dancefloor escapes—often in the course of the same track. His most recent release as Lawrence, A Day in the Life, is a near-beatless excursion—what Kersten refers to as a “buddy record.” This week, it’s being released on his friend Toshiya Kawasaki’s revered Tokyo imprint Mule Musiq, featuring artwork by another friend, Stefan Marx, who does all of the covers for Kersten’s Smallville label. To mark the occasion—and help educate anyone who’s unaware of Kersten’s many past accomplishments—we prodded the producer/DJ on his professional past, his current obsessions, and the many other projects he has on the go.

Kersten was once a professional landscaper.
There’s a foresty, windswept vibe to a lot of Lawrence’s early records (and their artwork), particularly Lowlights From the Past and Future and Swap—which we ourselves once suggested had to do with Kersten’s former career as a gardener… which wasn’t entirely accurate. For the record, “I actually worked as a landscaper,” he says, “which is a slight difference, as you’re more into growing stone walls than plants. I was pretty good at cutting down trees, too, and have a license to drive all the big machines.”

Kersten just recently started playing in his first band, Sky Walking.
Not content to only record as Lawrence and Sten, Kersten released his first album with Christian Naujoks and Richard Schulenburg as Sky Walking just last month. “It’s improvised music and a lot of fun,” he says. “We’re completely lost in sound. We just released our first album and started touring, which is amazing. I’ve never had a band experience like this before.”

Kersten runs a lot of labels, including Dial, Laid, Smallville, and Sky Walking.
Along with his friends Carsten Jost and Paul Kominek (a.k.a. Turner), Kersten helped to found Dial Records in the trio’s hometown of Hamburg back in 2000. In the years since, the imprint has gone on to release high-profile records from Efdemin, Pantha Du Prince, Roman Flugel, and many more. Laid, the more floor-friendly flipside to Dial, looks after releases from the likes of Rick Wade and Kassem Mosse. Additionally, Kersten founded both the Smallville label and corresponding record store in Hamburg.

He also runs Berlin’s Mathew Gallery.
For a while now, Kersten has split his time between Hamburg and Berlin, keeping residences in both German centers. It was in Berlin that he and friends opened the Mathew Gallery, a space for visual art, which has shown works by all manner of contemporary artists, including Sonic Youth’s Kim Gordon. Of the gallery, which opened three years ago, Kersten says, “It changed my whole life. It’s just great to support wonderful art and amazing artists. And it is the craziest job I’ve ever done.”

A Day in the Life

Marcel Duchamp blew his teenage mind
Visual art has clearly played a big part in Kersten’s career—whether through curating artists for his Mathew Gallery or the artwork for his multitude of labels. But it was a Marcel Duchamp exhibit that he saw as a teenager that really flipped the switch inside his brain. “I can’t even remember where it was, but it was beyond everything I had seen before,” he recalls.

Despite his love of conceptual art, that’s not what his music is about.
There’s no hidden agenda when it comes to Kersten’s releases, and he doesn’t really see a distinct separation between his Lawrence and Sten monikers. “Actually, I don’t really like to talk about my music,” he says. “It doesn’t make so much sense. My records are just about the music. Producing is a very intuitive process, almost like diving into unknown sounds, forming it into something magical… I’m not a conceptual artist.”

Sven Väth is a longtime fan
It may not be obvious to most current Sven Väth fans, but Kersten’s connections with the trance-tech legend go way back—and Väth has been a longtime supporter of Dial and all of Lawrence’s projects. “Sven is a lovely person that supports great music. And he regards house and techno lovers as a big family,” says Kersten.

Kersten and the rest of the Smallville team are not-so-secretly huge fans of Bonnie ‘Prince’ Billy.
On Smallville’s webstore, there is a t-shirt bearing the words “Dawn is mine but I will share it”—lyrics from Bonnie ‘Prince’ Billy’s “At Break of Day.” (It’s also the cover art for Steinhoff & Hammouda’s “Touch” 12″.) Smallville’s in-house cover artist, Stefan Marx, is a big fan of the American indie-folk hero, whose real name is Will Oldham. “Stefan’s practice to convert lyrics or spoken words into art is ingenious,” says Kersten. “I love Bonnie ‘Prince’ Billy, too, and Joya is one of my all-time favorite records. I love to play ‘Antagonism’ as a last track. It sounds amazing on a club PA.”

Kersten’s latest obsession? Mexican micheladas.
The cocktail of beer, lime, hot sauce, chili powder, and Clamato juice is legendary in Mexico. “I had my first one this year, and I could go back to Mexico City right now just to have another one,” he exclaims.