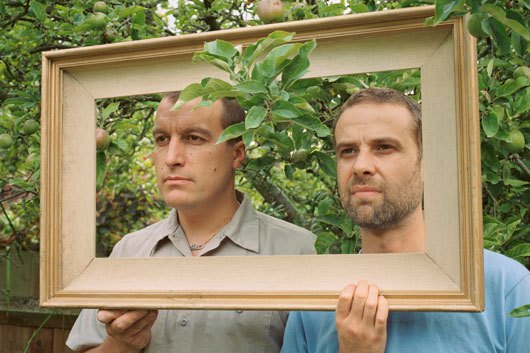 Continuing with our celebratory playlist curation on behalf of social music service Rdio‘s first birthday, we’ve got some track selections from seminal IDM duo Plaid. The Warp-signed outfit is merely days away from dropping its sixth studio LP, entitled Scintilli (pre-order here), but the guys took some time out of their busy schedules to share some tunes they’ve been listening to lately and answer a few questions. You can check out Plaid’s playlist and Q&A below. (You can also stream the music on Rdio, here.)

XLR8R: Tell us a little about your playlist.
Plaid: This playlist is really just what we have been listening to recently, and is in no particular order. We DJ occasionally, and try to mix old and new music together. There is such a fine history of electronic and dance music now.

What are some of your favorites on the playlist?
Blawan’s “Lavender” is great because of the distinctly powerful production and lovely skip in the groove. It is so well mixed. It does all it needs to do. Just Ice’s “Cold Getting Dumb” has so many good memories attached. Mantronix’s roughest stuff, really. Makes us want to uprock, if only we still could…

What has Plaid been up to in the eight years between Spokes and your latest LP, Scintilli?
We have scored two feature films in Japan, Tekkon Kinkreet and Heaven’s Door. We have worked with the South Bank Gamelan, Felix Machines, London Sinfonietta, and Ross Adams. We have also tried to learn a bit more technically and musically.

How’d you guys come up with the idea of releasing the CD of Scintilli as a “Muda na Mono puzzle pack”?
It was to honor the CD, and to provide some physical interaction with the packaging. However, we also recognised that it is ultimately functionless.

What can fans expect from your upcoming live performances?
We are planning to deconstruct and remix the album.