The coveted UK duo detail the gear behind their live show. 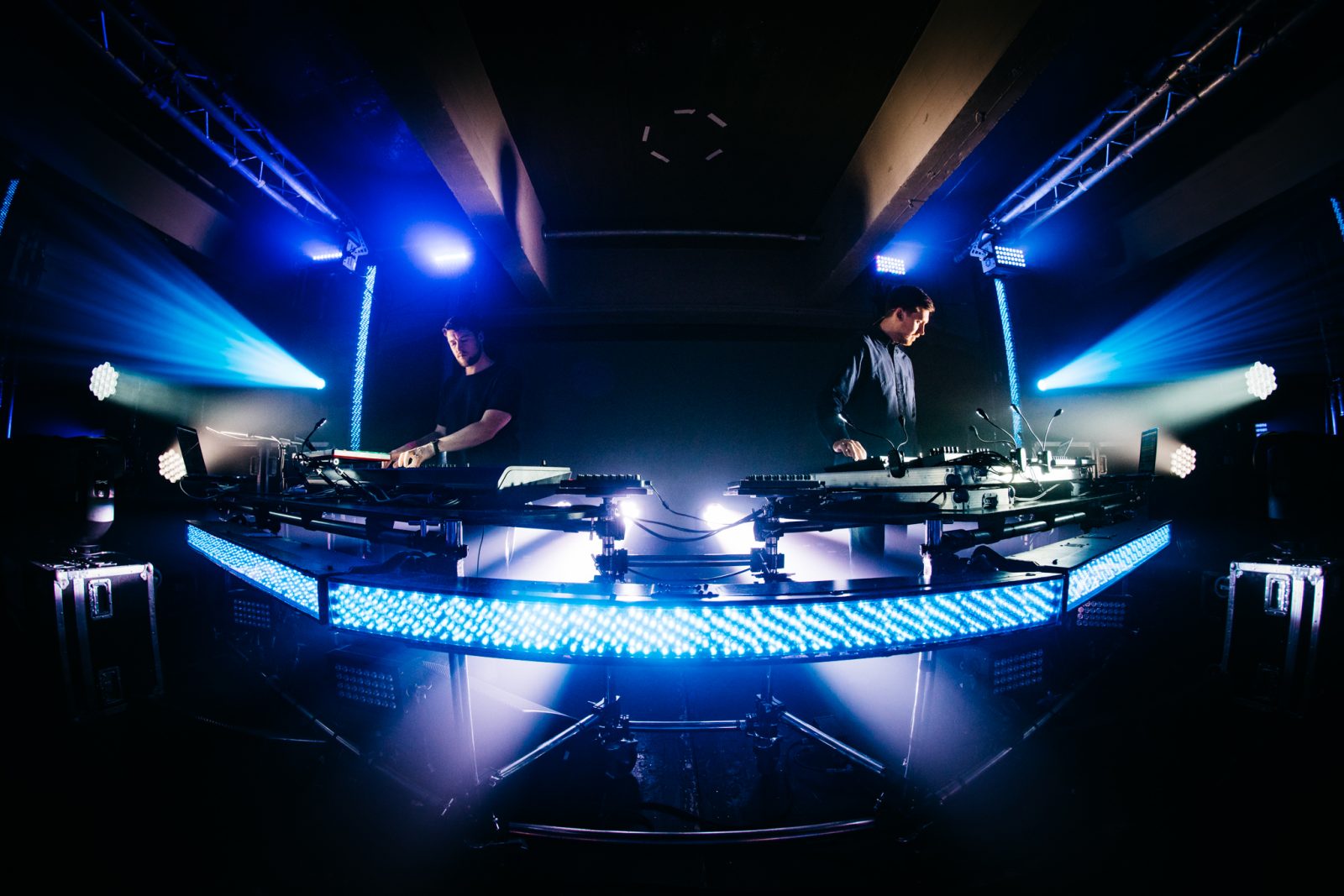 The coveted UK duo detail the gear behind their live show.

Although it wasn’t their first release, 2012’s Flo Jam EP was the record that put Dusky on the map. Across the four tracks on the EP, the duo—made up of Alfie Granger-Howell and Nick Harriman—nodded to ’90s house, garage, techno, and bass music with relaxed confidence. This fusion of sounds and styles would prove to be their selling point for the years to come, carrying them through sold-out gigs in every corner of the globe, an acclaimed BBC Essential Mix, and over 20 more releases on labels such as Aus Music, Naked Naked, Polydor, and their own imprint, 17 Steps, which is where the majority of their recent output has landed.

Back in April of last year, in support of their sophomore album, Outer—which was released on 17 Steps in October and includes collaborations with Gary Numan, Wiley, and Solomon Grey—the world-conquering duo embarked on their latest undertaking, an immersive live show that features new live versions of back catalog releases and broader musical sound worlds—according to the duo, the live show allows them to explore their wider tastes and tracks of their’s that normally wouldn’t fit into their DJ sets.

As we approach the North American debut of Dusky Live at this weekend’s CRSSD Festival in San Diego and Warsaw, New York, we invited the pair to outline the gear behind the show.

This is the hub of the show and acts as a digital mixer to combine and control all the various elements. It combines the sound from the Mainstage and Ableton laptops, along with the Roland Aira gear and Strymon pedals. It has some built in effects which are used at various points too. It additionally acts as a clock for the Roland Aira gear, so it all talks neatly via USB.

The TR-8 provides rhythm elements at various points in the show—mostly for adding extra elements on top of the original stems of our tracks. It’s very sonically flexible and provides lots of classic Roland drum-machine sounds. Though we considered using an original 808 or 909 machine for the show, the digital recreation of these is pretty close to the original, and the ability to connect and clock these to the Roland MX-1 via USB means it is much more reliable than it’s predecessors and very easy to sync up to Ableton.

These effect pedals are very characterful and are used throughout the show to provide both reverbs and delays for the various musical elements. Through routing via Ableton on Nick’s laptop and the Roland MX-1, each stem of audio or piece of hardware can be sent individually to these pedals, providing a great deal of flexibility.

This AKAI MPD232 controller is used by Alfie, alongside a Roland RD800 keyboard to act as a midi controller for Mainstage running on Alfie’s laptop. The faders provide control over various parameters set within Mainstage to accompany the keyboard playing that appears throughout the show—while the pads are used to trigger more percussive sounds such as drum hits and basslines. MPD controllers were chosen because of their great build quality, developed from the iconic MPC range.

Alfie’s keyboard is the fully weighted 88-key RD-800. Although it’s a beast to travel with at over 20 kgs, the feel of the keys is unparalleled—and it was chosen to match the feel of a piano as opposed to a synthesizer. This is used to play various parts in each track, be it piano, keys, or pads. It connects directly with the laptop running Mainstage, as well as a backup laptop that runs in the background. A Radial SW8 auto-switcher is used to automatically switch to both the backup Mainstage laptop and the backup Ableton laptop if one goes down. This system means we have four laptops set-up on stage and definitely adds a level of complexity to the overall set-up—but it’s worth it to have a proverbial safety net. Audio software programs are not always the most stable and they do frequently crash, so it’s better to be safe than sorry.