Twenty-three-year-old London house producer Maya Jane Coles might seem to have appeared out of nowhere, […] 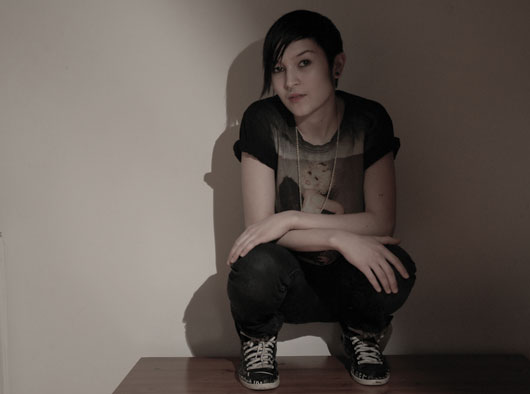 Twenty-three-year-old London house producer Maya Jane Coles might seem to have appeared out of nowhere, […]

Twenty-three-year-old London house producer Maya Jane Coles might seem to have appeared out of nowhere, but it looks like she’s not going anywhere for a while. Her 2010 single, “What They Say” (Real Tone), exploded upon release, topping DJ charts worldwide and attracting critical and public adoration. It was simple, riveting, and classic: an infectious vocal sample riding a descending organ riff padded with snapping drums, it’s the kind of subtle tune that gets stuck in your head for days. “It was definitely a surprise,” Coles says about the traction it received. “I’ve made music that’s a lot more personal and special to me, but as an artist you can’t really control the success of your tracks, unfortunately!”

The track’s basic construction and trilling organ marry a classicist ideal to a modern UK house sound preoccupied with techno’s clean lines. However, Coles claims she’s “not looking specifically to make retro sounds,” but you can’t help but notice the richness of the sounds and their chunky drum beats. Her influences—Radio Slave, John Tejada, and Steve Bug—are discernible in her penchant for subtly powerful drum programming, brilliant chord progressions, and smooth, accessible textures. Her refreshing simplicity is the earned product of eight years of practice, and her releases so far showcase her diverse, confident take on melodic house.

Coles’ mature sense of refinement extends itself to her other endeavors—she’s not just a house producer. She’s also one half of live bass-music duo She Is Danger, a collaboration with singer Lena Cullen that Coles calls “completely free thinking.” She says the fruitful partnership has resulted in “loads of live shows and an album in progress,” but even more promising is her Nocturnal Sunshine alias, which emerged last year with a much-lauded release on Lick My Deck. Under that moniker she makes reflective, subtle dubstep, influenced by her sharpened house sound—”All the [types of] music I make kind of bounce off each other,” she explains—and retaining her knack for unforgettable vocal hooks. Nocturnal Sunshine earned support from scene stalwarts like Scuba and Skream (“I’ve always been heavily influenced by dub,” she admits), and Coles promises that “there will definitely be some more in 2011.”

As for other future plans? An album, of course. “My album will be the release that fully represents me the best so far… Not following any specific genre, it’s just electronic music the way I want to make it,” she says proudly. “It will feature tracks with my vocals, some instrumentals, and some really cool guest vocalists, which I’m super-excited about.” She’s playing it careful right now, so there’s no release date planned for the album, but with a string of recent and future releases on Dogmatik, Real Tone, Hypercolour, and now Mobilee, we’ve got plenty to tide us over.

“Beat Faster” is out now on Mobilee.