Military Juntas, Ice Cream, and (Not) Smoking: 10 Things You Need to Know About Matias Aguayo 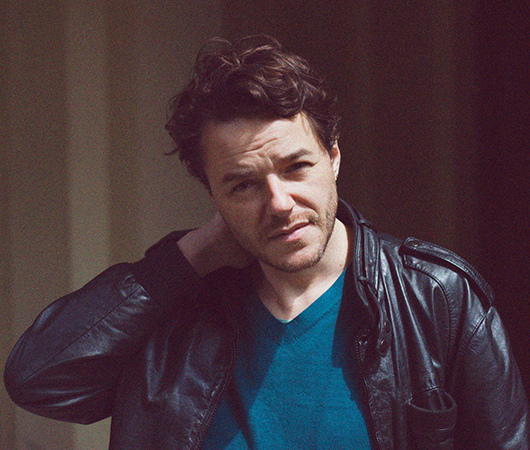 Military Juntas, Ice Cream, and (Not) Smoking: 10 Things You Need to Know About Matias Aguayo

Matias Aguayo‘s music has always seemed like something of a strange fit for Cologne’s Kompakt label. While Kompakt has, for the last 20 years, been a standard-bearer for the more subdued, deconstructed strains of techno and house, Aguayo takes an all-encompassing approach to his worldly, pop-inflected sound. That sound is equally informed by his German upbringing, his Latin American roots, and a sense for unusual time signatures (at least in the realm of dance music), but what primarily sets the Berlin-based Aguayo apart from his Kompakt brethren is his voice, which he not only uses for singing, but also for constructing basslines and rhythmic elements.

On his latest EP for the label, Legende, he steps even farther afield, singing for the first time in German, and in the character of a vampire retreating from the sun. Aguayo’s records—whether on his own, or in collaboration with any number of artists (Rebolledo, Battles, and Michael Mayer among them)—reflect his rich history and experience, so we set out to learn more about what makes him such an intriguing figure in dance music.

Aguayo’s parents were exiled from Chile when he was three.
Aguayo was born in Santiago, Chile, under the military dictatorship of General Augusto Pinochet. His parents were politically active during that time, and because of their leftist interests, they were forced to leave the country. The first nation to accept their application for political asylum was Germany, and so Aguayo spent most of his youth growing up in Cologne. It could’ve just as easily been Canada or France, he says, as both countries also granted the family asylum.

Aguayo speaks five languages, and, as of making Legende, sings in three.
Having grown up in Chile and Germany, Aguayo naturally speaks both Spanish and German. Along the way, he also picked up English and a bit of Italian, as well as French, after having lived for some time in Paris. However, Legende marks the first time he’s actually sung in German, which he does partly on the melancholic “Run Away from the Sun.” “I always wanted to do something in German,” he says, “but all my attempts failed somehow because it always felt, like, not so natural. There are many special cases [where it works], like Kraftwerk or DAF—it’s a very particular way of singing that somehow fits this language, especially in electronic [music].”

You’ve probably never heard of Aguayo’s first musical influences.
He cites Chilean artists like the folky Victor Jara and prog band Los Jaivas as some of the first sounds that informed his artistic worldview, courtesy of his parents’ listening habits. Of Los Jaivas, Aguayo says, “That was the first time I remember seeing electric guitars and amps and synthesizers, because they played Moogs and stuff like that.” Jara helped influence his sense of rhythm. “When I listen back to Victor Jara, there is often a 6/8 rhythm, which I like to use a lot,” he explains.

Aguayo considers his voice to be his primary instrument.
Ever since he was a teenager, making music on a four-track, Aguayo has been singing on his recordings, even his earliest work for Kompakt. “I didn’t have a lot of instruments or musical equipment, so I used [my voice] for making noise and sounds,” he says. “That’s had a lot of continuity in my life.” A quick listen to “El Sucu Tucu,” from last year’s The Visitor, handily proves his point.

Before he was a solo artist, Aguayo was one half of early Kompakt duo Closer Musik.
Alongside producer Dirk Leyer, Aguayo’s Closer Musik project helped to widen Kompakt’s appeal, pushing the label into the poppier realms that it would continue to experiment with in the years to follow. Though the pair was only active from 2000 to 2003, Closer Musik’s influence on Kompakt, via its acoustic and vocal pop elements, is strongly felt. The label credits the duo with making “arguably the most imaginative electronic-pop music in Kompakt’s history.”

The artwork for Closer Musik’s “One Two Three (No Gravity)” actually came before the song.
Inspired by their friend Jana Klar’s illustration of a simple astronaut waving, Aguayo and Leyers wrote the track “One Two Three (No Gravity),” which became their first release as Closer Musik. It was also the first time a Kompakt release featured a graphic that wasn’t a series of dots. “They’ve always given me extreme musical freedom,” he says of the label.

Aguayo seems to really like ice cream.
Not only does Aguayo guest on Battles’ epic track “Ice Cream,” but he’s also featured in the video for Rebolledo’s “Pitaya Frenesí” eating an ice cream cone—his favorite video he’s ever participated in. “It was done very spontaneously and very quick,” he says, “without any budget. Actually, we wanted to do a different video, but the person we wanted to shoot with didn’t show up, so we bought this ice cream, and it looked a bit like a microphone.” The rest is history. (Side note: The name of Aguayo’s own label, Cómeme, translates to “eat me.”)

Aguayo’s first release was as part of the short-lived Zimt project with Michael Mayer.
Back in 1997, before Kompakt was properly a label, Aguayo and Mayer produced music as Zimt, and had one release on Ladomat. “U.O.A.A.” is essentially the blueprint for Aguayo’s vocal-centric dance music he’s become known for. He tipped us to this “funny old-school video on YouTube” below.

Aguayo has had a lifelong love for the theater.
As a teenager, Aguayo acted in and directed plays for local theater groups, and occasionally acted professionally along with doing director-assistant work. “At some point, it looked very much like I was going in that direction,” he recalls. “But parallel to that, I was always doing music. Without any purpose of professionalizing it, [music] became more and more important in my life. The theater thing vanished somehow, but it didn’t vanish completely because I still feel a lot of continuity in the sense of having this moment with the audience.”

For the record, no, Matias Aguayo does not smoke.
Legende‘s vampiric turn, “Run Away from the Sun,” isn’t the first time Aguayo has played a character in his songs. On his track “I Don’t Smoke,” from the 2009 EP of the same name, he reenacts a conversation between his friend Rebolledo and another tour mate, in which the latter asks ad nauseum, “Rebolledo, do you have a cigarette?” The response, “No, I don’t smoke,” becomes the song’s refrain. Like Rebolledo, Aguayo also doesn’t smoke.