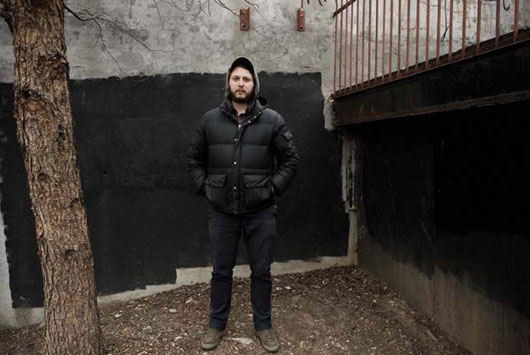 Come with Daniel Lopatin to a time when this world’s musical seers were mad proto-hackers splicing synthesizers together to create a sonic depiction of a strange, ineffable future, where ordinary man could plumb the depths of his own mind or the endless vistas of space, aided by little more than analog tone generators. As Oneohtrix Point Never, Lopatin stitches the barest essentials—synthetic drones and arpeggiators—into compositions both eerie and beautiful. With Rifts, a double-disc compiling a trio of independently released LPs that loosely form a conceptual cycle (plus more standalone tracks), the Brooklyn-based Lopatin stands on the shoulders of Jean-Michel Jarre and Brian Eno, while creating shorter, fully formed “pop” tunes that gaze just as far back to those ambient pioneers’ experiments with hot circuits in university labs from Moscow to New York.

While Lopatin may lean most heavily on his Roland Juno-60 for its thick, sweet, nostalgic yet-futuristic sound, he’s not averse to digital editing, but avoids simply slapping together “spacy” tracks and calling it an astronaut’s day. “One of the common misconceptions about Rifts is that it’s about an astronaut ‘lost in space,'” he cautions. “This isn’t true. I’m working on a sci-fi novel called Rifts, and it operates more on the John Updike level of the astronaut as a civil worker living a life unfulfilled.”

With that explanation, the drifting, overlapping melodies on “Zones Without People” suddenly evoke Bowman’s hypertravel at the end of Kubrick’s 2001: epic, hazy, druglike journeys to strange and powerful ends. “A Pact Between Strangers” works a sweet melody spiraling inward on itself against humming, almost subliminal bass keys, compressing and expanding time like Vangelis’ hypnotic film scores.

With six years’ of work on Rifts now complete, plans for worldlier directions are taking shape: adding drum machines to the synth mix, a “poppier” project called KGB Man who raps over chopped-and-screwed versions of Oneohtrix-like soundscapes, and re-entry into the atmosphere for Oneohtrix: “The next record, which I’m doing for Mego, is something else altogether—a return to a state of earthly desires set against a rainforest backdrop. So perhaps it’s moving more into the world of Gabriel Garcia Marquez.”

Regardless how close Lopatin gets back to the present day, expect him to take inspiration from places only a scientist (or psychiatrist) might think to look. “I watched a line of people waiting to use a Coinstar Machine, and I got this beautiful melody stuck in my head that I pursued when I got home,” he explains. “And a few nights ago I dreamed that I was a civil engineer in a post-war Eastern European country and the villagers were making demands of me to shift around certain territorial demarcation zones so as to accommodate their families. The subconscious has a way of telling you what you need to be doing.”