This week, a ton of great music appeared on the internet as streaming audio and […] 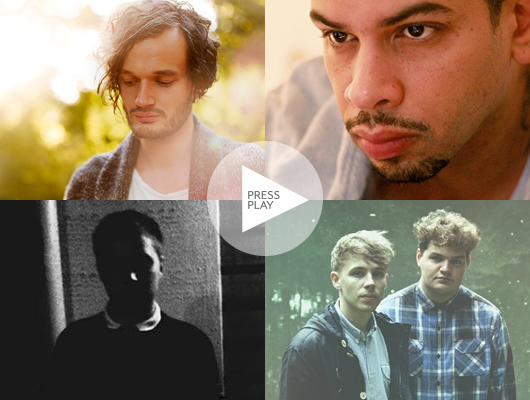 This week, a ton of great music appeared on the internet as streaming audio and […]

This week, a ton of great music appeared on the internet as streaming audio and video—more so than usual, it seems. We’re not exaggerating: We’ve got album streams, track premieres, one-of-a-kind mixes, high-profile remixes, and more from artists like D?m-Funk, Apparat, Teengirl Fantasy, Gerry Read, MK, Star Slinger, Cid Rim, !!!, Ghostpoet, Toro Y Moi, and Bondax, among others. Indulge yourself in all of the sights and sounds of this week’s edition of Press Play after the jump.

The remixes just keep on coming with Star Slinger’s take on the latest single from burgeoning UK duo Bondax, “Gold.”

Here’s a live rendition of “End” from Teengirl Fantasy’s 2012 album Tracer, recorded during a performance at the Club2Club festival in Trevino.

The latest tune to leak from the forthcoming fifth LP by !!!, THR!!!ER, is the groove-heavy “Slyd.”

Our second premiere today is of The Sonic Aesthetic’s “Dark of the Moon,” from the anonymous outfit’s upcoming Tales From the Nocturn for International Feel.

This new Ghostpoet track “MSI MUSMID” is our first taste of the Some Say I So I Say Light LP, which will arrive on May 6 via Pias.

Vin Sol’s “Edges of a Vortex” arrives as this YouTube video before it’s officially released via prolific partystarting outpost Unknown to the Unknown.

San Francisco’s Avalon Emerson continues to ramp up her catalog of downloadable house james with the ebullient and funky “Caroline.”