We’re not going to try too hard to sell you this edition of Press Play; […] 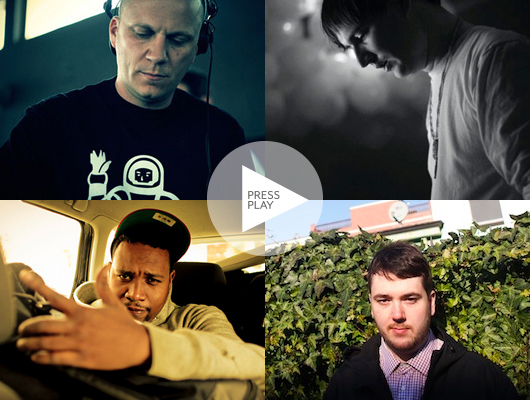 We’re not going to try too hard to sell you this edition of Press Play; […]

We’re not going to try too hard to sell you this edition of Press Play; the names behind the audio and video in the players embeded after the jump can speak for themselves. So, if you’re interested in what’s available to stream and download from Boddika, DJ Q, Thefft, Machinedrum, Mano Le Tough, Phaseone, Matmos, Artifact, DJ Rashad, and others, we suggest you get to pressing those play buttons.

Check out this interview with Nonplus boss Boddika, during which he talks about the label’s plans and the possibility of future production collaborations.

The ever-prolific Machinedrum gave the internet quite a gift, offering a ton of his remixes from over the years to stream and download for absolutely free.

While we continue to wait for DJ Rashad’s new EP to drop on March 18 via Hyperdub, you can preview snippets of Rollin’ now.

This airy and emotive production is “Hunter,” one of 11 tracks set to drop on March 7 as the new LP from up-and-comer Phaseone.

In an unexpected turn of events, Unknown to the Unknown has posted an actual music video—strange as it may be—to its YouTube account. The fun-loving clip previews a bouncy garage jam called “Say to You,” which will be released on Monday from bassline mainstay DJ Q operating under the alias Classified.

Here’s a stream of Seb Wildblood’s new EP for MadTech, including two original productions and remixes from fresh talents Artifact and Thefft.

Mano Le Tough continues to tease his forthcoming album, Changing Days, with another shuffling house number, “A Thing from Above.”

Following the duo’s In the Studio feature from earlier this week, Matmos unveiled a remix of “Aetheric Vehicle”—lifted from the brand-new The Marriage of True Minds LP—by Drew Daniel’s Soft Pink Truth project.

Check out our premiere of a forthcoming EP on the way from Hypercolour early next month, three tracks of touching deep house from 18-year-old newcomer J.Wiltshire.

Irish newcomer The Cyclist continues to preview his upcoming album for Leaving Records and Stones Throw by sharing its motorik title track, “Bones in Motion.”

You should check out Co La’s latest track, “Melter’s Delight,” before it’s released as part of his Moody Coup LP for Software on May 7.

After he dropped his Daul Kim EP via Push & Run, St. Louis producer Parisian issued this 45-minute mix for The 405, featuring tunes from the likes of Objekt, Fatima Al Qadiri, Nosaj Thing, and the mixer himself.