We’ve got quite the selection of sights and sounds in today’s Press Play feature, including […] 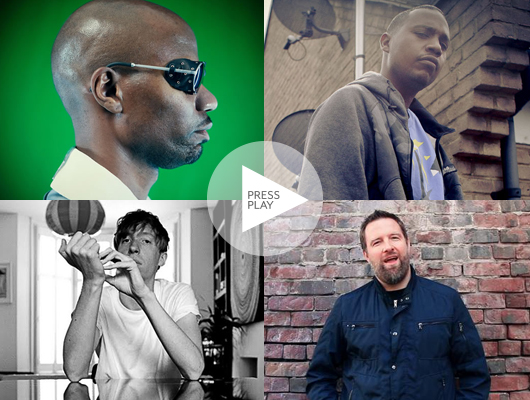 We’ve got quite the selection of sights and sounds in today’s Press Play feature, including […]

We’ve got quite the selection of sights and sounds in today’s Press Play feature, including DJ sets, record premieres, fresh remixes, intriguing videos, brand-new original productions, and more from the likes of Green Velvet, Jacques Renault, Samo Sound Boy, DJ Rashad, Claude VonStroke, MANIK, Nathan Fake, Daniel Avery, Fort Romeau, Odd Nosdam, and Total Freedom, among others. The whole lot of interesting and high-quality pieces is available to experience by simply clicking on of a handful of buttons, after the jump.

Ahead of his forthcoming Double Cup LP for Hyperdub, footwork stalwart DJ Rashad dropped a full stream of frenetic album cut “Every Day of My Life.”

Daniel Avery’s “All I Need” is the latest acid-laced dancefloor jam to leak from his debut LP for Phantasy, Drone Logic.

Claude VonStroke is previewing clips of every song from his forthcoming Urban Animal LP for Dirtybird before it drops at the end of this month.

To announce his next EP for Body High, LA DJ/producer Samo Sound Boy unveiled a stream of the synth-laden “Your Love.”

Clark’s two-disc remix compilation is out this coming Monday, but before then, the veteran Warp-signed producer shared a pair of cuts from its tracklist: his remix of Nathan Fake’s “Fentiger” (above) and Nathan Fake’s remix of his “Growl’s Garden” single (below).

Before it drops next month via Josh Wink’s Ovum label, the House Cut 1 EP by NYC DJ/producer MANIK can now be heard in its entirety.

Fort Romeau’s Stay True EP is set to appear via Ghostly next Monday, but before then, we’re treated to a full stream of one of its bouncing, disco-informed house cuts.

LA artist and Fade to Mind co-owner Total Freedom dropped a solid mix for Dummy this week, which includes music from the likes of Fatima Al Qadiri & Visionist, Kingdom, Dvoli S’vere, Ciara, Nguzunguzu, and Future Brown, among many others.

Here’s a lengthy clip of the gauzy, percolating track that dropped this week from London up-and-comer Eliphino and oft-reliable record hub Hypercolour.

The latest mix to appear from Adam Marshall—the New Kanada boss, Graze affiliate, and DJ/producer in his own right—is a sizable podcast for Ilian Tape, featuring music from Pangaea, Surgeon, Basic Soul Unit, SCB, the mixmaster himself, and more.

For the third installment of its four-part Detroit Tech Now video series, Thump talks to Mark Flash and Jon Dixon of Underground Resistance, as well as other local DJ/producers, about what it means to be a Detroit artist and how the city influences their music.