As it is known to do, the internet filled up with a plentiful array of […] 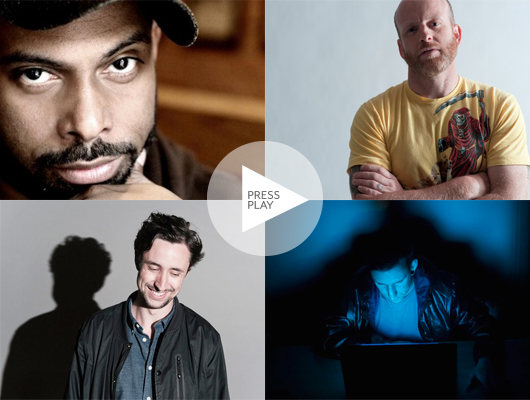 As it is known to do, the internet filled up with a plentiful array of […]

As it is known to do, the internet filled up with a plentiful array of streams and downloads over the course of this week, offering new music around almost every corner. And while we did our best to present the most pressing of new tunes on a daily basis, a handful are bound to slip by, which is why we gather the remaining pieces of noteworthy audio here on Press Play. This particular offering of streams and downloads covers everything from soulful house to dreamy beats and a whole lot in between, including tracks from Juan Maclean, RxGibbs, and Buraka Som Sistema, remixes from Girl Unit and How to Dress Well, and a pair of mixes from Theo Parrish and Kyle Hall B2B Funkineven—all of which can be found/heard below.

DFA mainstay Juan Maclean will drop his 19th effort for the label early next month. The driving, spacey “You Are My Destiny”—which features Maclean’s long-running vocal collaborator Nancy Whang—will serve as the a-side, with a remix from Nic Fanciulli on the flip.

RxGibbs shared another dreamy cut from his forthcoming LP for Cascine, Contact, which is set to drop early next month.

Spanish producer/vocalist Bflecha dropped a new video for “B33,” a vocal-led cut set to appear on her debut full-length, which will see a release later this year via the Arkestra imprint. The “B33” single drops sooner though, and will see a release on March 26.

The Enchufada label’s Upper Cuts series has been doling out some impressive free tunes during the past few months, the latest being “Zouk Flute” from Portuguese outfit Buraka Som Sistema. The party-starting Portuguese outfit has been experimenting with slower tempos as of late, and this track is a prime example of what the group is calling Zouk bass.

Para One’s silky, Cam’Ron-featuring “Every Little Thing” has received a rework from Night Slugs luminary Girl Unit as part of the Every Little Thing remix EP, which is forthcoming on the Marble label.

Another live edit from Simian Mobile Disco found its way into the world this week; the glistening “Wooden” can be streamed or downloaded for free via the player above.

This ghostly, slightly overdriven remix of Polly Scattered’s “Wanderlust” from lo-fi R&B maven Tom Krell (a.k.a. How To Dress Well) appeared online, spreading the word for the outfit’s LP, which is due in July on Mute.

Belgian DJ/production outfit GoldFFinch recently turned in a mix in anticipation of Dirtybird Players, an upcoming compilation for the Claude VonStroke-helmed Dirtybird imprint which features a new production from the pair.

Hip-hop-producer-turned-house-head Mr. Beatnik has shared a visually entrancing video for the intricate “Savannah,” which also happens to be the title cut from his forthcoming EP, out next month via the Don’t Be Afraid label.

Naulot is a young producer from Lyon, France who will soon be releasing the Leave EP via the Bebup label. In the meantime, he’s unveiled this dramatic clip for “Gedon”; directed by Aurel Rotival, the piece is packed with hooded figures and stark, vaguely medieval imagery that nicely complements the song’s chunky techno rhythms.

Kompakt’s latest signee, Coma, has shared another single from its forthcoming LP, this time offering a stream of the heavenly, melodically rich “My Orbit.”