The theme for this week’s Press Play is without a doubt “exclusive premiere,” because we […] 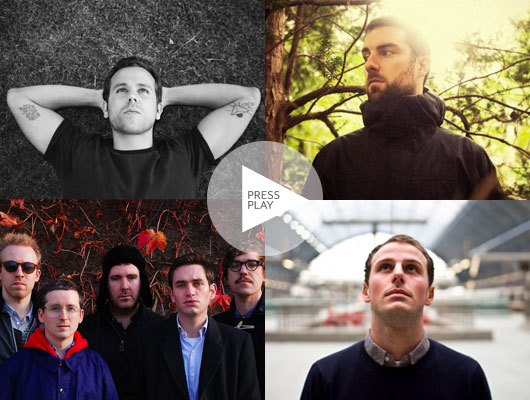 The theme for this week’s Press Play is without a doubt “exclusive premiere,” because we […]

The theme for this week’s Press Play is without a doubt “exclusive premiere,” because we sure do have a lot of them for you today. Complete with loads of original music, engrossing imagery, and top-notch remixes from the likes of M83, Hot Chip, Skream, MikeQ, Distal, Midland, Scuba, Nils Frahm, fLako, and more, this smattering of sights and sounds is one you do not want to skip.

This magically cinematic piece for “Wait,” a cut from 2011’s phenomenal Hurry Up, We’re Dreaming double-LP, arrived this week as the third installment of M83’s music video trilogy, which previously included amazing clips for “Midnight City” and “Reunion.”

Though we’d already heard a preview of Scuba’s new “Hardbody” single, the Berlin-based Hotflush boss dropped an official “visual stream” of the tune this week before it’s released on December 10.

We’re premiering a couple of remixes of Southampton DJ/producer James Zabiela’s “Healing” today, one of which arrives courtesy of UK outfit Hot Chip…

…and the other which was executed by Midland. Look for the full remix EP to drop next week as the first release arriving from Zabiela’s own Born Electric label.

Dubstep mainstay Skream shared a stream of his new single, including a track with pop starlette Kelis, before its release on December 21.

Today, XLR8R is also premiering so-called “Boss of the South” Distal’s forthcoming EP for Trouble & Bass, the four-track Vampire Lightning, which arrives complete with a remix from ballroom maestro MikeQ on December 18.

Up-and-comer fLako dropped a mix for Inverted Audio this week, full of fresh cuts and exculsive tunes from the likes of Soosh, Jameszoo, and Brokenchord.

Here’s a remix from Brooklyn trio Lemonade for Young Dreams’ “Fog of War,” which is out now alongside versions from Korallreven and Baio.

Check out the two-track 12″ on the way from James Priestley & Marco Antonio and UK label secretsundaze, which also features a remix from Marcus Intalex’s Trevino moniker.