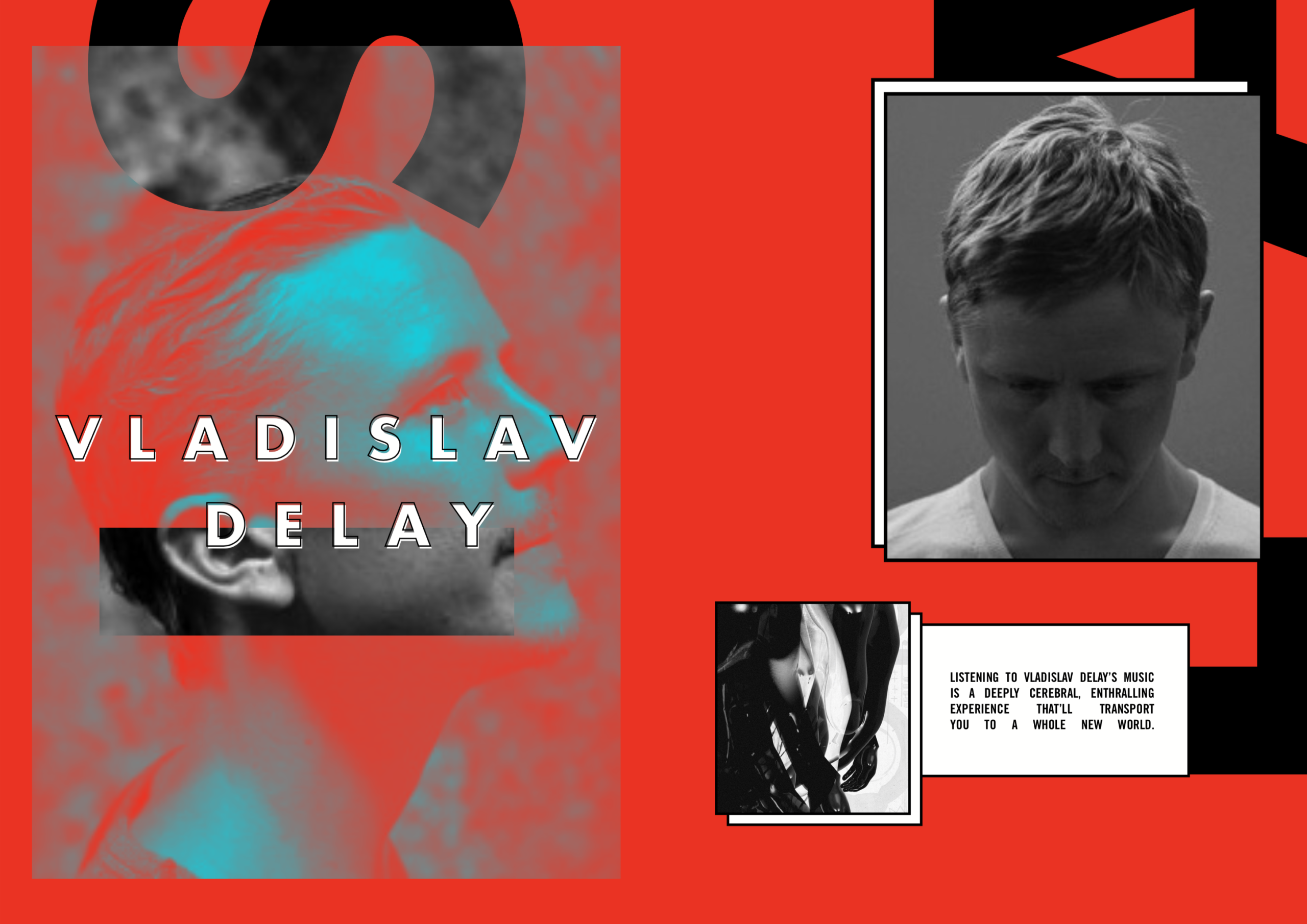 It’s been a long time since Sasu Ripatti last appeared. Born in 1976 in Oulu, Finland, the experimental composer and producer has marked himself as one of electronic music’s most elusive characters. He first appeared in 1999, releasing The Kind Of Blue EP via his own Huume Recordings, and made his name at the turn of the millenium by releasing four albums in the same year: two as Vladislav Delay (Entain; Multila), the others as Luomo (Vocalcity), and Uusitalo (Vapaa Muurari Live.)

His forays into electronic music’s abstract depths continued for much of that decade. He relocated to Berlin, where he remained until 2008, and shared album after album, exploring microhouse, noise, and ambient, often with a deconstructionist element and broken, washed-out beats. Multila—released on Basic Channel’s Chain Reaction and reissued in 2014 by Huume—converted him into one of the scene’s reluctant superstars: the likes of Massive Attack and Scissor Sisters sought his services, and Ripatti agreed, delivering dancefloor works, albeit with an enduring desire to be alone to continue his quest to uncover sounds and rhythms not yet heard. Then, after appearances on Raster Noton, delivering two albums, he put out his first ambient album in over a decade, namely 2014’s Visa, which he marked with an extremely rare interview as part of our Ask the Experts series, where he gave detailed responses about his live setup and production processes. Then he went silent, and he’s been that way ever since.

Though much less in-your-face, Ripatti’s is considered one of the greats of the electronic music genre. “As close you get to a genius in modern electronica,” reads one Discogs user; “Outstanding technical skills and emotional depth on every single release,” reads another. There’s been some concern of recent given that there’s been no releases and all his online communication stopped—and so we’re proud to have welcomed him back with a new release, his first in nearly five years. “Rakkine,” released as part of this month’s XLR8Rplus package alongside works from Convextion and DVS1, is the first glimpse of Ripatti’s latest studio material, recorded over the last two weeks in his home studio among a bunch of other musical experiments.

To accompany the track, which is available to download here for one month only, we caught up with Ripatti to learn more about it and what’s kept him busy for the past five years.

When and where was the track produced, and what’s the idea behind it?

I do not really cling to a romantic notion of certain inspiration birthing a particular piece of music. It just doesn’t happen to me. It’s just about interest or urge to explore and create, and I deal in a somewhat experimental language of music. It allows me to feel and say something I don’t have to explain to myself or need to deal with otherwise. It’s certainly beyond words or at least my level of intellect. Inspiration at large comes from all around, life itself I guess.

I like that this track is still a work in progress. And that at some point in a time later on, if I finish this piece and release it elsewhere, I can look back to this early version and see the changes, hopefully for better. But often the early takes and demos carry more weight so it’s nice to have it printed now. I’m drawn to the certain rawness and roughness in it, and how that’s balanced with more calming elements.

“…I’m very scared and freaked out of becoming that typical career artist who puts out records and tracks on autopilot just because you can.”

It’s been nearly five years since your last release. Why the break from music production?

Well, I decided to take a break from music, sold most of my studio equipment, and lived off that while focusing on various personal matters, as well as doing music as only an experiment, research, study—as opposed to career and work, and such. I took time to evaluate things about craft and creativity and also got back to playing drums which I have enjoyed hugely. I did also write a little music to moving picture which was a learning experience.

I think I’m very scared and freaked out of becoming that typical career artist who puts out records and tracks on autopilot just because you can and maybe have found your niche, and you just keep milking it until the end while likely losing any creativity or development along the way. I’m overprotective in a sense, towards creativity and music I care about.

I’d love to be able to make a living from music and have a peace of mind about it, you know not care about it so much, but any time I seem to have achieved or established anything musically or there’s been some success I seem to self-destruct. Luckily at least I have learned to avoid harming myself so nowadays I only ruin my work, career, etc.

How is Finland at this time of year, and what led you to move back there after your time in Berlin?

It’s been now 10 years that I’m living in Finland again. A big reason for the move was that I wanted my daughter to grow up in nature, and also learn Finnish language. An equally big reason was that I really had gotten fed up with Berlin and wanted to move away. I think I had gotten a bit homesick as well so it was nice to come back here. But it’s not so much Finland, but more the nature. Though it’s rare to find that in today’s world, especially if you want to raise a family and somehow participate in the system.

What has inspired you to come back to music production now?

I recently had an urge to explore more electronic music production again so I’m back at it in a way. Although, I have none of the gear left from when I used to produce music in the past so it’s new and exciting and also a bit frustrating and a challenging process.

I’m quite in the beginning and not in a hurry so I’m just developing things. Mainly throwing things out as I don’t find them interesting or original enough. But this track you released is from that development, but it’s also work in progress, as it’s being titled ”early version.” I’m quite sure I will make a new album eventually. And I also am quite sure this track will sound different in it, if it’s included.

I also went to Kingston, Jamaica, recently and did a studio recording session with Sly Dunbar and Robbie Shakespeare, better known as Sly and Robbie. I’m producing an experimental drum & bass album from that session which is rather exciting.

“…even if I tried to control myself, I’m still very curious about stuff I don’t know.”

Your sound has always shifted around, from microhouse, to noise, and ambient. What do you think is the common element in it all?

I really don’t know. I guess I’m the common element behind it all, and I also try to push things away from the norm and established forms so in that sense another common element is (I hope) that I don’t repeat myself too much and look for new possibilities and ideas.

In the past, I think one reason for trying out all the different music styles, if you will, was that I came from outside electronic music and got just naively fascinated by different ideas musically and had to try doing them myself. And I guess it’s still the same process; even if I tried to control myself, I’m still very curious about stuff I don’t know.

This article was originally printed in the zine that accompanies each XLR8Rplus package.