XLR8R talks to the author of Making Music: A Book of Creative Strategies 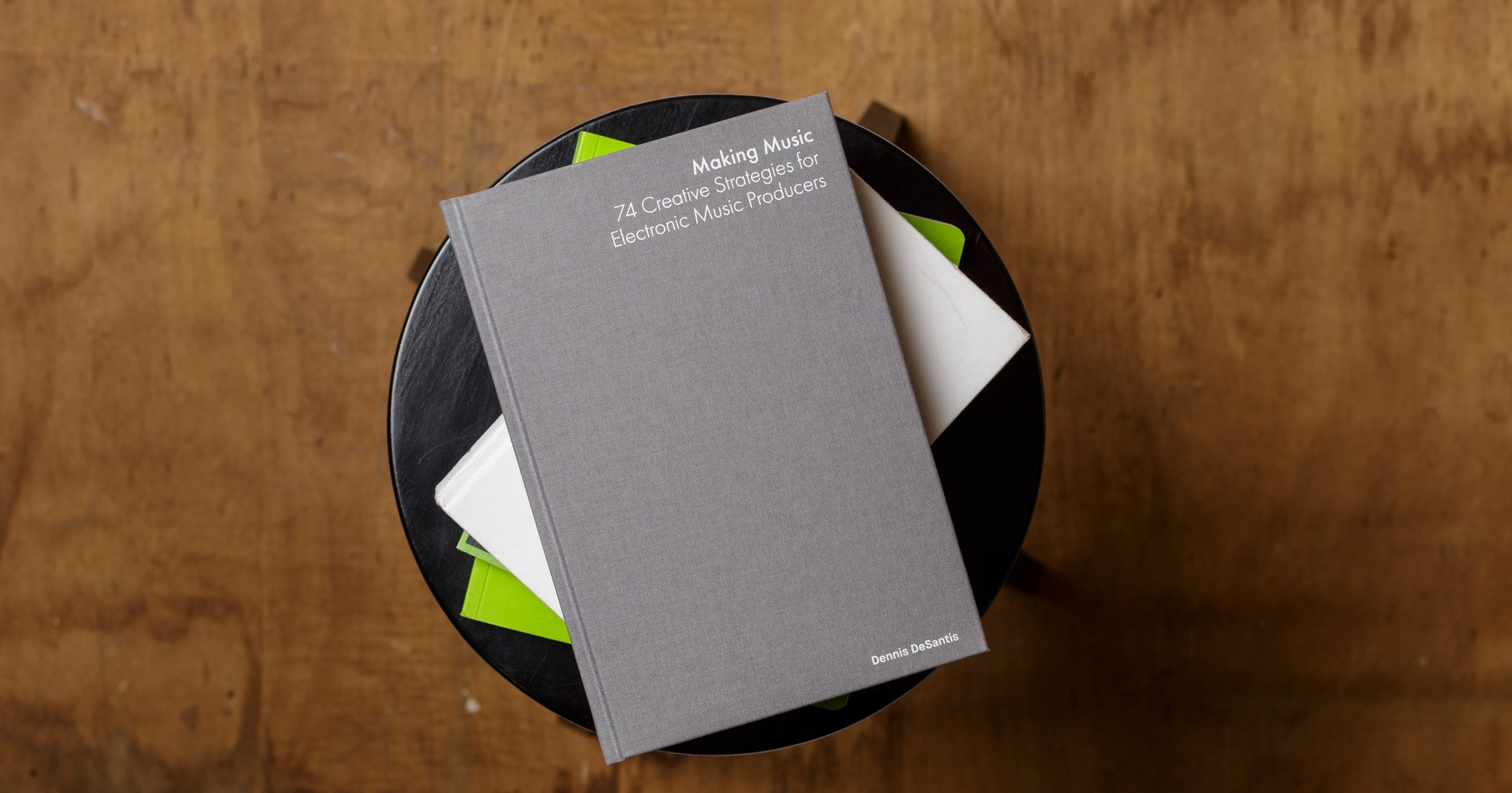 XLR8R talks to the author of Making Music: A Book of Creative Strategies

Dennis DeSantis is a composer, sound designer and percussionist based in New York City. His background in music is deep: He received a Doctor of Musical Arts degree in composition from the Eastman School of Music, and also holds degrees from Yale and Western Michigan University. And his day job is writing the technical documentation for Ableton’s products, including the sprawling, ever-expanding beast that is Ableton Live.

DeSantis’ new book, Making Music: A Book of Creative Strategies, is published by Ableton but it’s not Ableton-specific. Instead, the beautiful hardback tome is a DAW-agnostic tool, aimed at music producers looking for help beyond the technical variety; sections have names like “Programming Beats 1: On Looseness” and “Dramatic Arc”. We spoke to Dennis about how he compiled and organized his techniques to keep the creative juices flowing.

How did this book originally come together?
I’ve been thinking about doing a book in this direction for a long time. This was based on seeing lots of artists and musicians struggle with the same kinds of problems, regardless of what their skill level was. And these problems had nothing to do with technology—they really had to do with getting over creative blocks, or being musical, or taking a small pile of ideas and turning them into a finished song. When I started looking around to see who had addressed this, I found more and more tutorials about sidechain compression.

Why did you decide to have Ableton publish the book, as opposed to a traditional music book publisher?
I’d originally planned to do it as my own recreational project, on my own time, and shop it around to the kinds of publishers that deal with music tech stuff in general. I mentioned it one day to our CEO, Gerhard Behles, and he was like, “Well, why don’t we publish it?” I thought that was kinda crazy at first—what business do we have going into the publishing business? But the more I talked to him and thought about it, the more I realized that it totally made sense. Our company goal is to help people become better musicians, and one way that we’ve been able to do that is by inventing technology products, but another way is through education—trying to help people become better musicians. It sold out in two minutes, which was crazy—so now we have to print more. Good problem to have.

What kind of research did you do for the project?
I had a few casual conversations with a few artists—mostly my friends and some who are classical composers, because that’s the world I came from—just to ask them questions in general about where they get stuck and how they get out of it. And through talking to these people, I started to develop the idea to organize it into three big sections: Problems of Beginning, Problems of Progressing, and Problems of Finishing. But the rest of it is mostly out of my head—it’s the things that I do myself. I think if I were to do another volume, I’d want to get more people’s opinions.

There are two big threads of the type of stuff in here: there’s the chapters that have to do with psychological and philosophical approaches to music-making, and then the ones that are sort of raw music theory. With those, the idea was to distill what I learned from classical education down to the absolute bare minimum that you’d need to make sense of these concepts, without 800 years of music history and examples from Mozart. What do you need to know how harmony works? When I learned harmony, it was part of a very structured musical process that made the topic seem really big, and I think it’s actually not that big.

From your vantage point at Ableton, roughly what percentage of the electronic music producers you encounter come from a classically-trained background?
It’s not very common that I meet people who went through a university curriculum studying classical composition or something. That seems to be the minority. There are a lot of people out there who took piano lessons as a kid, and try to bring some of that to what they do as an electronic musician. There are probably more people—especially with the explosion in the last few years of electronic producers in America—coming at this for the first time. This is their first exposure to musicianship at all, and in the 70s they would have bought a guitar, and now they’re buying Ableton Live…or pirating it. This is their first attempt at musical expression in any way, and they have a huge mountain to climb because they have the technical hurdles to get over, as well as the musical ones.

I see a lot of comments on YouTube videos or Internet forums where people really just appear to be completely lost. They feel helpless, like they’re looking into this void, and some of the hope between this and what I do on the technical side, is to kind of demystify this process a little bit.