The venerable ambient-house pioneer reteams with Thomas Fehlmann on the new 'Moonbuilding 2703 AD.' 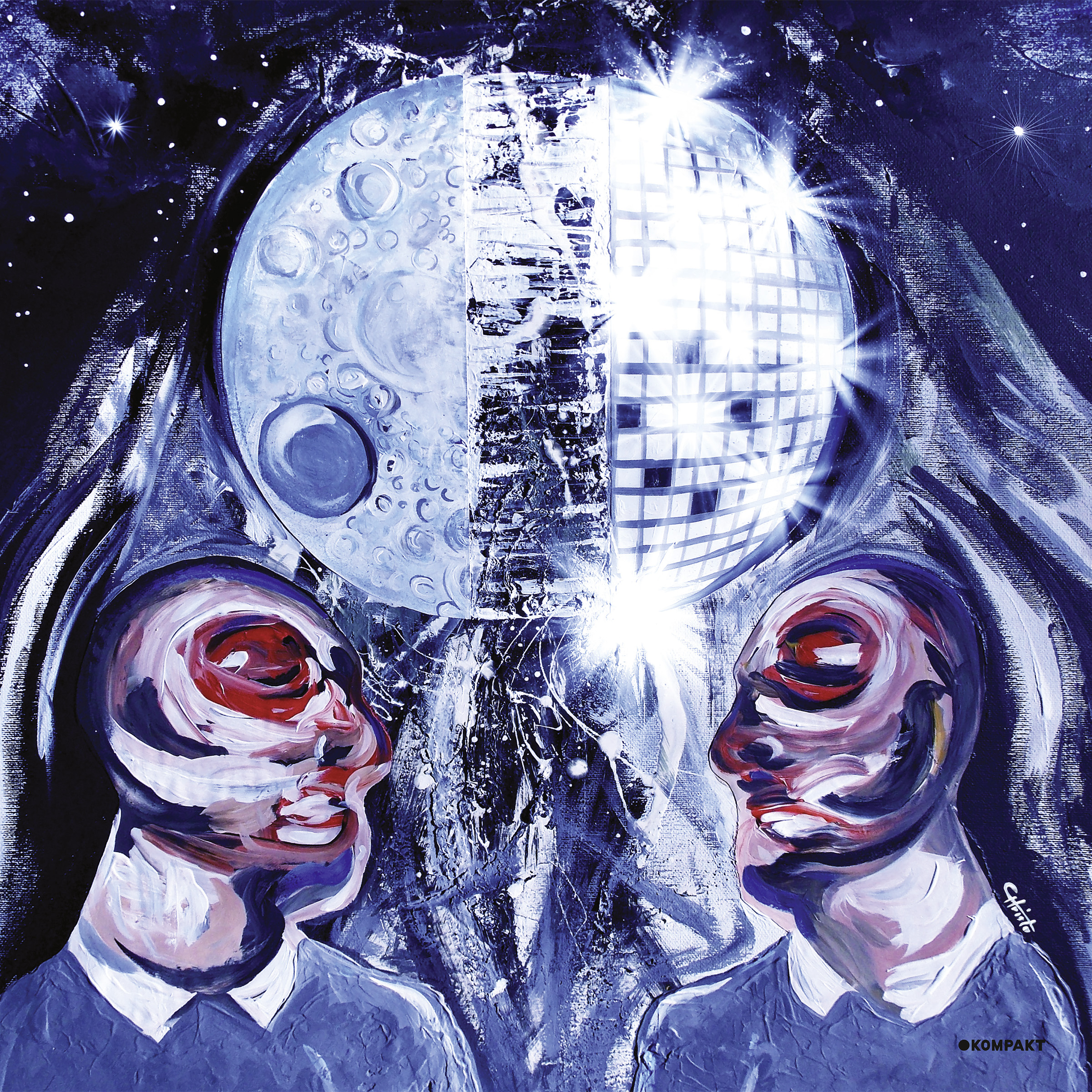 The venerable ambient-house pioneer reteams with Thomas Fehlmann on the new 'Moonbuilding 2703 AD.'

It’s always a bit dicey to describe an artist or act as “unique”—anything that we can think of has been thought of before, probably many times over. But for more than a quarter of the century, there probably hasn’t been much to compare to the Orb, , the groundbreaking combo that’s been making dubbed out, rubbery, sample-happy, goofily trippy ambient dance music since the late ’80s. The Orb’s history is far too byzantine to recount in its entirety, but in simplified form, its goes something like this: Alex Paterson, a roadie for Killing Joke during the mid-’80s, first recorded as the Orb with Jimmy Cauty (from Killing Joke side project Brilliant and the Dada dance-music duo the KLF) and a slew of like-minded collaborators, including the prog-rock guitarist Steve Hillage, maverick bassist Jah Wobble and Killing Joke member/future superproducer Youth. The result: a slew of singular, iconic tracks that includes “A Huge Ever Growing Pulsating Brain That Rules From The Centre of the Ultraworld,” “Little Fluffy Clouds,” and “Blue Room.”

The others eventually went their separate paths, but Paterson held on to the Orb name and continued his collaborative ways, first working with Fehlmann (the electronic-music experimentalist who was in the avant-garde dance act Palais Schaumburg, among many, many other claims to fame) in the early ’90s. The two have worked together, on and off, ever since, notably as full coproduction partners on 2005’s Okie Dokie It’s The Orb On Kompakt. (Talk about your literal album titles.…) In the ensuing years, Paterson has collaborated with dub pioneer Lee “Scratch” Perry and Pink Floyd’s David Gilmour—but now, Paterson and Fehlmann are at the controls once again on the new Moonbuilding 2703 AD, coming out on Kompakt on June 22. In typical Orb style (if there is such a thing), it’s another sprawling, cosmic and utterly appealing work, with four long tracks—three of them cracking the 14-minute mark—featuring names like “God’s Mirroball” and “Moon Scapes 2073 BC.” XLR8R caught up with Paterson as he and Fehlmann prepared for an extensive series of live dates, which sees the pair bringing their audiovisual extravaganza to the the Nevada desert’s Further Future festival on May 1, and Lyon, France’s Nuits Sonores gathering on May 16.

I was just relistening to my old copy of U.F.Orb, and it struck me how much of the DNA of the Orb’s early work runs through the new material, even though over two decades have passed since that record’s release.
I don’t know if I would put U.F.Orb into the same category as Moonbuilding, though I do think that’s a nice viewpoint that you’re looking from. Neither Thomas nor I had really intended on looking at our old material when we were putting this together. But we actually have been doing that over the past three years, playing a lot of old material to celebrate the 25th anniversary of the Orb. We would play the entire U.F.Orb album or the entire Adventures Beyond The Ultraworldat various venues around the U.K., and found that we had a good time doing that kind of set.

The subject matter, 5000 years of moon history, seems to cover an immense amount of time, too.
5000 years and then some! [laughs] It’s a concept album, in the sense that U.F.Orb is a concept album, or at least packaged in that kind of way. But if anything, the sheer length of the mashed-up ideas that went into this album would be more consistent with a release like “Blue Room,” which we released as a 40-minute single.

Besides your long-form pieces like “Blue Room,” you have experimented, at least around the edges, with pop music as well.
We’ve tried to interpret what pop is meant to be through the Orb. It’s very difficult, that one—pop music as it is, in it’s clichéd form, isn’t really for the Orb. But we do try.

And not to keep referencing the past, but sometimes you end up with pop gems like “Little Fluffy Clouds.”
That was an interesting one. We were forced to do many, many versions of “Little Fluffy Clouds”—which we refused to do for any major label. But, of course, that’s what we ended up doing, trying to find that pop formula. “Blue Room,” of course, didn’t fit that formula at all—but people went out and bought that record anyway, simply because they enjoyed it. The labels didn’t really understand that. We weren’t playing the same game that the majors were playing. We’ve always had our own fans, who seem to like the way we do things.

I certainly don’t think anybody has ever accused you of selling out to the industry or chasing pop stardom.
No, you’re probably right about that. [laughs] But I think I’ve earned some respect, and that’s enough. I’m happy with what I’ve done, and what the Orb has done, and what’s been achieved while staying true to what we are.

Part of what you are seems to include an affinity for sprawling psychedelia. I think that’s what I was referring to when I mentioned the Orb’s DNA earlier.
Well, all we can do is what we do, pretty much what it says on the tin. We can’t really pretend to do anything different, like whatever cool fad there is to be in. We’re way past that now. The whole idea was that we always want to do things that don’t sound like anyone else.

We have a unique approach to reaching our goal, which has nothing to do with sitting around with synthesizers.

I’d say you succeeded in that effort.
It’s always been that way, too. We didn’t want to sound like Underworld or Leftfield or the Prodigy. That’s not our ethos. And we’ll carry on doing this—perhaps through some even more extreme pieces of music, as we progress further along.

You’ve been working with Thomas Fehlmann, on and off, for many years now. Why do you think you two mesh so well together?

It’s because we both understand what we want to get out of music, and we understand how to achieve that. We have a unique approach to reaching our goal, which has nothing to do with sitting around with synthesizers. And therefore, every track might be surreally different from the last one—we don’t even save any sounds from whatever the last tune we made was, apart from maybe the bass end.

So I can assume there are no Orb sample packs out there for budding producers.
Sorry, there are not! We just start over all the time—like, “oh, no, it’s not hi-hat time again!” Every track is an adventure.

The deluxe-vinyl version of the release includes a J Dilla tribute track called “Dilla’s Moon Quake.” I wouldn’t have guessed you guys to be J Dilla fans—but after I thought about it for a bit, it made sense.
Yes, we have been fans. For me, it was Madlib that got me into J Dilla—I can remember listening to Madlib and scratching my head, going “Didn’t I use those samples myself?” Which I actually had. Progressively, I began to realize that we were trying out the same ideas, just coming at it from different directions. We were really making house music out of hip-hop beats on the first album, straight up. And Madlib was making hip-hop tunes out of…10cc! [laughs] That is the ultimate, really. And, of course, I love the work that J Dilla did with Slum Village and Common and the rest. Amazing work. Anyway, we were approached by J Dilla’s estate, and they gave us some cleared beats that had never been used before.

Nice!
Well, let’s say “hardly been used before.” [laughs] But we’re happy to have had a place to make use of them.

You have a pretty hefty tour schedule coming up. After doing this for so long, and being in a position where you could kind of rest on your laurels, why take on what I assume is a massive undertaking?
Well, there’s an energy thing that just comes along when you do something like this, I suppose. There should be, anyway!

Do you ever play any of your classic tunes in a live setting?
Occasionally. On our last gigs, we were playing “Towers of Dub,” for instance. “Fluffy,” we kind of play around with in a weird way—there’s “Golden Cloud,” that kind-of-version that we did with Lee “Scratch” Perry, with him giving it a large amount of “the skies are blue in Jamaica” stuff. But no, we don’t really do a greatest-hits show.

What are the odds?
Yeah! How do you like me now? [laughs] Things get weird all the time.