Real Talk: Anenon on Live Performance, Authenticity, and Being an Experimental Artist in an Increasingly Techno World 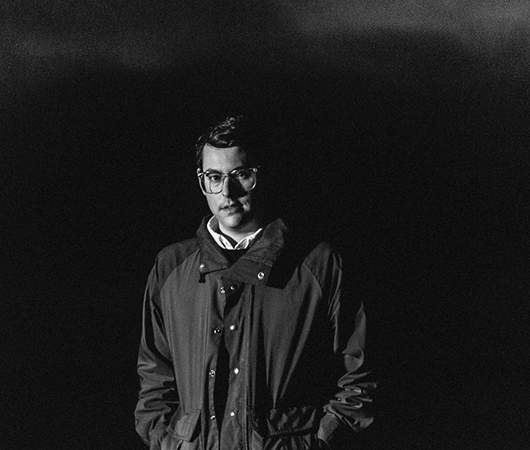 Real Talk: Anenon on Live Performance, Authenticity, and Being an Experimental Artist in an Increasingly Techno World

‘Real Talk’ is a series of artist-penned essays that appears on XLR8R from time to time, and our latest installment features LA producer Anenon (a.k.a. Brian Allen Simon). A few days after the release of his second LP, ‘Sagrada,’ via his own Non Projects label, Simon has put together some thoughts regarding the importance of performing live, and touches upon the increasing difficulty of securing solid shows.

There is not much else in this world like taking part in a truly great live music performance. Playing an amazing set and feeling the energy of the room cannot be paralleled by any other experience—it’s a true natural high that doesn’t need to be aided by anything other than good sound and an unspoken connection between audience and performer. During all of my best shows, there has been a sort of mutual and reciprocal trust that formed from the first note played. The audience accepted that they were along for the ride and I felt the power to take them wherever the sound took me. There was no doubt on either side. Nowadays, these experiences are beginning to feel few and far between.

In the the current musical climate, and as an electronic musician who doesn’t make straight-up club music, it is becoming harder and harder for me to find the ideal gig. I am very set on finding my own voice and not worrying about fitting into any particular scene. Creating works that fit snugly into the zeitgeist of today is pretty much of no concern. While I hold on to the idea that it is nearly impossible for inventiveness to exist in a vacuum, maintaining and evolving a singular approach to music and sound is my top priority. Playing live in proper situations helps me achieve this. While some may view this as a certain stubbornness, I simply see it as a respect for the masters of music who have come before me. I make electronic music, but I follow in the lineage of jazz musicians who studied the masters before going on to create their own musical worlds.

Techno and club music is big business right now. It’s completely fashionable and many are jumping in. Many artists working within that framework are making truly inspiring work that I pay attention to, and I think that more people getting involved with music and the arts can be a great thing, but a lot of it tends to feel short-sighted to me. In booking and in music media, there seems to be more emphasis on any given current party scene rather than a focus on music that has some sort of emotional core. Don’t get me wrong; I like a good party with great music, but a lot of what I hear live and listen to on the internet feels simply like variations of techno and house templates to me—bland iterations without any real voice behind them. It’s ironic, because all of the masters of techno and club music that we collectively look up to completely transcend genre boundaries. We listen to them because they have their own voice and they lead the way, consistently taking risks. Whether or not they align with some consensus of what they’re supposed to sound like is never even taken into consideration on their parts.

The way I view techno and house is almost like the way that I view Indian classical music. I took some lessons in tabla (traditional Indian hand percussion) while in college, yet I have a hard time even sampling a tabla sound in my music. The tradition is so strong that it feels like a violation to not be 100% all in, completely committed. Berlin and Detroit techno have a certain lineage that makes it hard for me to imagine creating that music without completely immersing myself in it. The internet provides convenient glimpses into the culture, but we can’t kid ourselves into thinking that brushing up on our techno history on YouTube and SoundCloud is coming anywhere close to experiencing it firsthand. Strands of LA beat music find their way into my music frequently because that’s what’s been around me on a consistent basis for years. I’m an LA native who has frequented Low End Theory and performed at it a number of times, and I also interned for Low End founder Daddy Kev before the party even existed. LA beat music has always been about freedom and it’s completely in my blood at this point. I feel a connectedness to it, but I also feel the ability to stray and do my own thing whilst keeping it as just a reference point.

I really don’t want this to sound like some tired and jaded diatribe, because it’s not. I’m so completely obsessed with music and its wondrous possibilities and could not imagine my life without it. I’ve been highly fortunate to have taken part in some amazing shows across the globe since I began releasing music publicly in 2010. I’ve toured Japan with Matthewdavid, opened for Morton Subotnick in Madrid, and I shared bills with Julia Holter and Oval last year. I also played an amazing gig with a free-jazz quartet as openers in a picturesque Toronto church earlier this year. As well as being completely different life-changing experiences and artistic milestones in my career, these are all examples of shows and tours put together that I think successfully highlighted the contrast between the artists involved. Matthew and I both reside in Los Angeles and are both on some level associated with the LA beat scene, but our music sounds nothing alike. What we do have in common is a certain spirit towards creativity and pushing boundaries, and the organizers of that tour understood that. It wasn’t about cashing in on some current trend. It is also completely worth noting that many of these live opportunities for me were aided by extremely passionate promoters seemingly unphased by music business realities, going all out to make these shows happen. I understand the risks of shows potentially not turning out as planned, especially when travel and big budgets are involved. Sometimes it seems selfish to want more and more opportunities to do this, but to be frank, the music that I am making cannot grow without chances for proper live performance. Playing live informs my studio work and vice versa. To have a consistent dialogue between the two sides of my work is necessary and helps me grow faster, developing the music in new and uncharted ways, always expanding and always advancing. All I need is a venue.