The Romanian DJ-producer explores how social media has broken the dance music ecosystem. 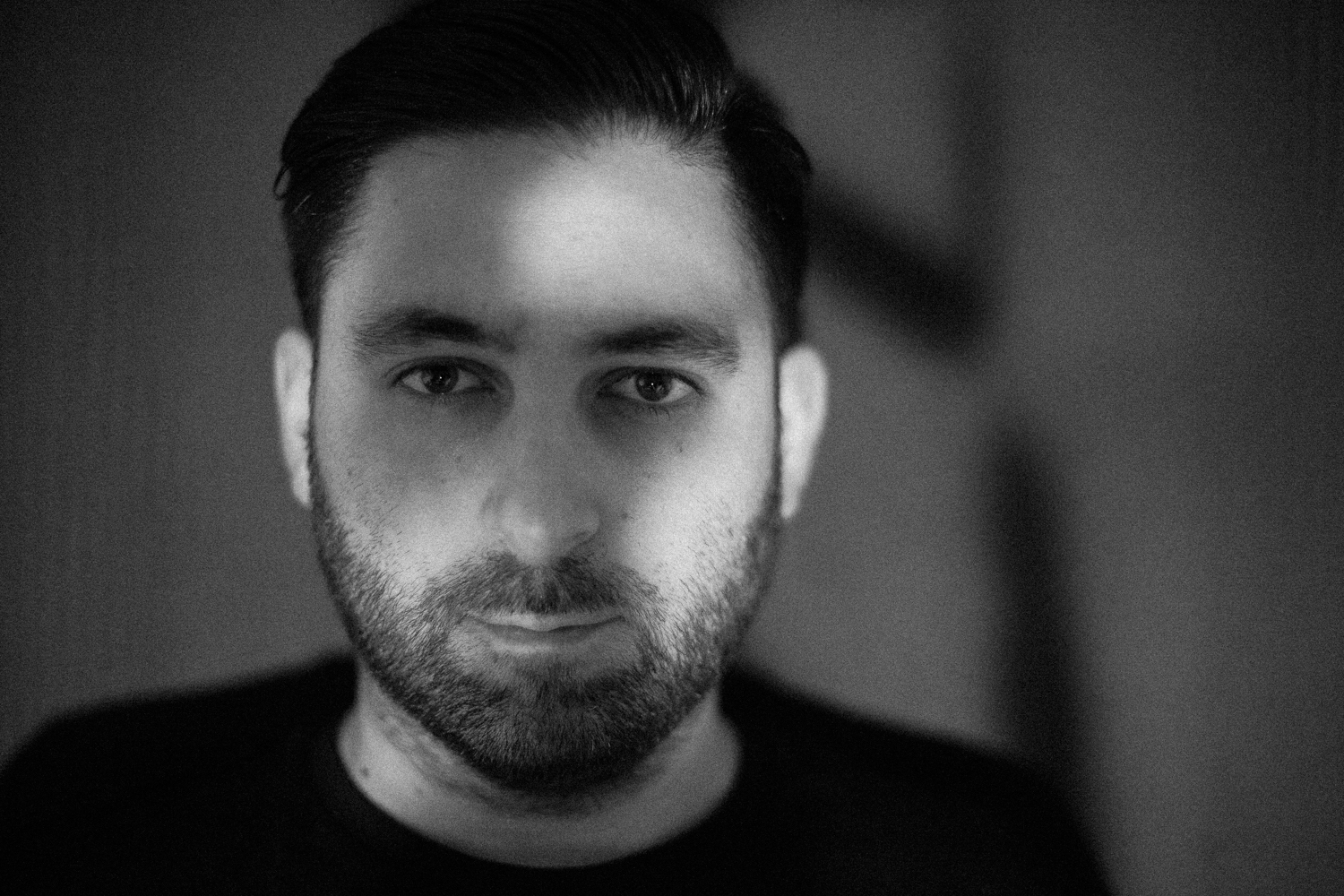 The Romanian DJ-producer explores how social media has broken the dance music ecosystem.

Our Real Talk series returns, this time with Cosmin TRG, formerly known as TRG, and now one of dance music’s ubiquitous figures. Throughout a career spanning almost a decade, the Berlin-based Romanian producer has released music with Hessle Audio, Hemlock, Running Back, Rush Hour, and 50Weapons, building a diverse and iconoclastic catalog in the process.

Taking cues from ’90s era leftfield electronics, warehouse techno, the pioneers of early lab recordings, and minimal film scores, Cosmin TRG has created his own brand of modern, textural sonics in a contemporary context. His flair for abstract, low-end drum section methodology and a natural propensity for sculpting arresting soundscapes have earned him a solid reputation with audiences, peers, and critics worldwide.

After a flurry of releases, including two full-length albums (Simulat;2011, Gordian; 2013), Cosmin TRG recently returned with a new two-track EP on Sportiv, his first release of 2017. Though impossible to pin down, there’s a distinguished and distinguishable sonic personality about all to that which bares Cosmin’s name, from his earlier work to his more techno releases of more recent years. But that’s what makes him the essential electronic talent that he is.

For this month’s Real Talk, he offered to explore how social media has broken the dance music ecosystem.

“Ugh, not the fucking Novotel,” I winced, muffling my disgruntled moan with my memory foam flight pillow. Air meets the eyes and feels like sandpaper, muscles ache like having just gone through the trials for a Japanese TV show, thoughts racing at Warp 10. An excruciating 50-minute flight from Berlin to Amsterdam can do that to a man.

Well now, the paragraph above is all tongue in cheek, but could easily describe the agony (or perception of it) of touring DJs. Recent events have highlighted the plight of event promoters who need to cater to artists’ requests or put up with their respective borderline psychotic management. As the harrowing affair was exposed on social media, details of the experience went viral in meme form. The artist’s lodging requirements became the object of online derision, the mobs drew blood, and privileges were checked. The trivial issue of riders surfaced again in the public eye, but wasn’t it just the tip of the iceberg? Haven’t we constructed a glamorous image of a scene, only to scoff at its inanities when they’re fed back to us?

“The role of social media has completely and unequivocally changed the dynamics of dance music, how it’s made, who it’s made for and how it’s consumed.”

The role of social media is sort of the industry’s secret of Polichinelle. It has completely and unequivocally changed the dynamics of dance music, how it’s made, who it’s made for and how it’s consumed. The “scene” is a construct, and it operates with myths, which it would rather see unchallenged because its very identity is at stake. There are many things people who work in the industry will not address, for fear the sheen would quickly wear off. However, there is an urgent need for transparency and myth-busting so we can clean out tired stereotypes.

Social media has undoubtedly had immensely positive effects on dance music. The ability to connect like-minded individuals and present them with cutting-edge music instantaneously is one of the biggest gains of our times. Geographically isolated scenes have flourished and the benefits of instant cultural communication are undeniable.

At the same time though, we are witnessing a shift in how the message is delivered. Facebook, Twitter, and Instagram have taken over traditional media as visual-based channels. How do you communicate new music, for instance, over media that’s focused on the visual and not so much on the audible?

Attention has shifted from the actual music to its visual signifiers. Crates of vinyl, rows of modular knobs and blinking lights, dusty MPCs have become the norm in the visual communication of electronic music, that caters to a form of rather passé fetishism. This, in turn, has a collateral effect on artists who don’t adhere to this visual code. Having a strong catalog is no longer sufficient; one has to master the several media platforms and produce relevant, engaging content for as many users as possible. Disgusting marketing speak, right? And yet it has come to this. The quest for likes, followers, validation is a reality in dance music that won’t go away too soon.

Here’s the deal: social networks have gone from the faceless, stateless, trans-geographic utopias of IRC, forums, and mailing lists to the carefully curated personal branding islands of sexless narcissism of Facebook and Instagram. As a social ecosystem, dance music relies heavily on communication and community; it relies on social media. But their premises do not coincide.

For dance music, art is its main product. In social media, you are the product. As such, platforms will treat artists like businesses, and not like generators of content, taste-makers or opinion leaders. For instance, through its algorithms, Faceboook has made it impossible for artists to share their music, by severely limiting the visibility of relevant posts and favoring memes, selfies, and sponsored content. Whenever you see that an artist has a sponsored account, you assume there’s some kind of corporate interest behind, when in fact it might just be that artist’s only way to make sure someone sees their posts.

Whenever I share a music video or a release that I like, Facebook offers to “boost” it for me, for X amount of money, so it reaches a certain audience. Even then, the algorithms are not transparent and you end up engaging with an army of bots that are totally removed from your real community. Some will argue that as an artist that gets paid, you’re sort of a business, so you should sort of pay for using a service. But last I checked, Facebook’s mission was to “Give people the power to build community and bring the world closer together.” There’s nothing there about making you pay for it.

Indeed, the issue of music promotion on Facebook might seem frivolous compared to how insidious the whole platform really is. Instead of merely empowering its users to have a voice, Facebook tracks their online behavior, mimics social patterns and then plies them with advertising. It essentially sells you, or a version of you, back to you.

This brings me to the critical topic of how we broke the dance music ecosystem. Music is no longer enough; we need narratives. We need online personas, we need visual aids to navigate an increasingly crammed pool of artists vying for attention. And the attention span is increasingly smaller. Technology has democratized access to music production and consumption. On the other hand, social platforms have infantilized the process and how it’s presented to the world. It’s left specialist press outlets hanging by a thread.

Look, taking selfies with your modular setup is the new taking press pics with your silver Sony headphones. Most DJs look goofy, uncomfortable, sullen or distraught in official photos because there’s only a number of things you can do with your hands. There’s only so much food on a plate that you can take pictures of and boast on Instagram.

The circuit by which release news makes it onto specialist online media outlets is in itself gradually unsustainable. In his The Ransom Note piece, Dan Cole explains the plight of contemporary music journalism: “In today’s age, I now know very few full-time paid music journalists, and out of that, a very small percentage make their living without having to supplement their income through erroneous tasks such as marketing, bar-work, or even PR. (By the way, if you are one of those operating within the duality of PR and journalism, itself being a huge conflict of interest, you are a betrayal to the cause).”

In the midst of a growing demand for a democratized scene, social media and press outlets have helped to create a dance music aristocracy. Its select few members are mentioned incessantly, as they rake in the clicks of their pious fans. Their mundane activities are turned into news-worthy material. A twitter statement on the enduring vinyl versus mp3 dispute will be blown to epic proportions. Their culinary/ lifestyle/ sartorial preferences will be paraded over several “socials,” in a thinly veiled attempt at creating shareable content.

In turn, the obsessive focus on the same 100-something household “brand” names gives the general public the impression that there is an elite group, a Super League; outside this bunch, the other artists seem like hobbyists who should really try a little bit more. One look at festival lineups and club nights will reveal a somewhat homogenous booking policy.

Again, the divide between public discourse and market reality couldn’t be deeper: as audiences and taste-makers clamor for diversity and change, bookers have to work within the confines of economic reality. Often, it becomes a game of one-upmanship where clubs compete against each other by stacking up lineups with more royalty than a Berghain anniversary for a 300 capacity venue. A delectable experience for the audience I’m sure, but one that upsets the natural dynamics of a scene and is ultimately confusing.

There is probably no quick fix to the status quo. By the looks of it, many things we hate about our scene are only going to get worse. But I think it’s absolutely essential that we acknowledge the immense progress that has been achieved in recent years and start a conversation. In a world that’s rapidly changing, and not necessarily for the better, it’s now more important than ever to send a clear, strong message of positivity, inclusivity, equality, and community that has been the pillar of dance music for decades.