Rod Modell explains how the harsh nature of modern techno could be damaging our nervous systems. 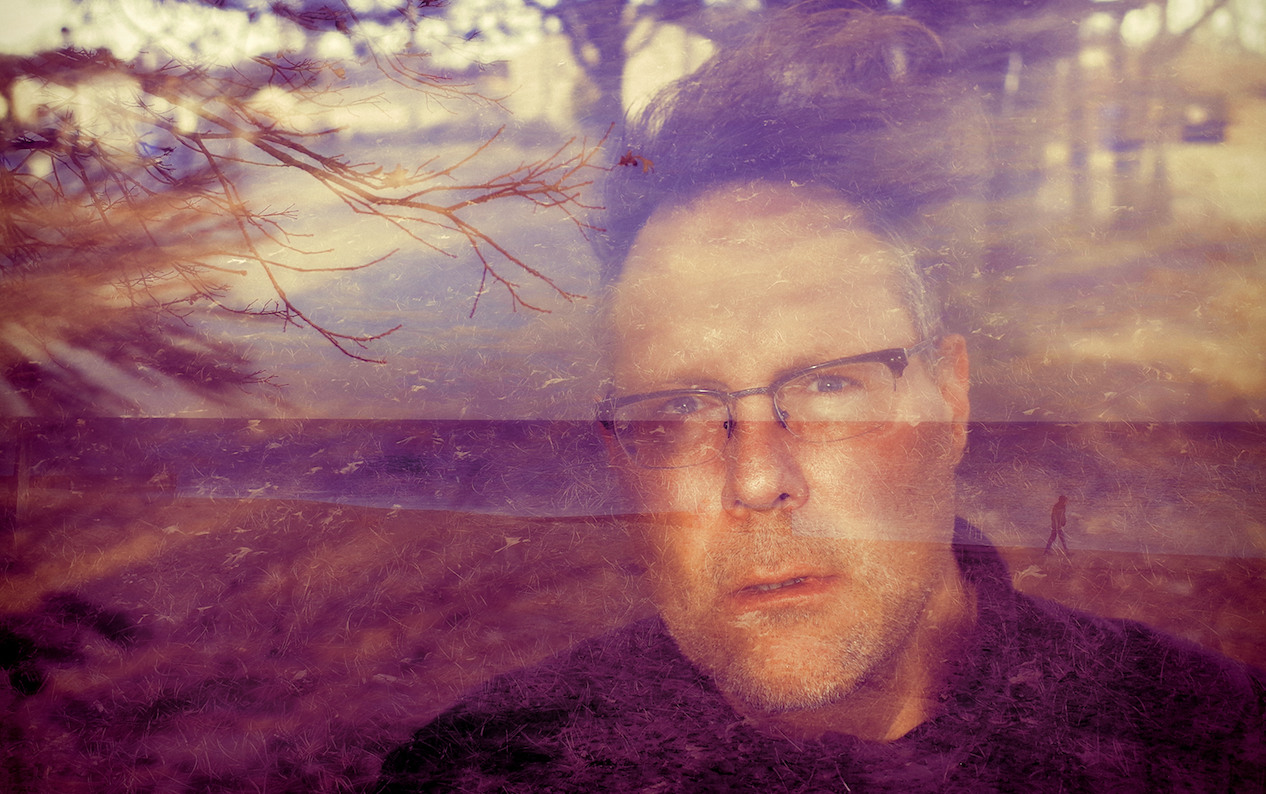 Rod Modell explains how the harsh nature of modern techno could be damaging our nervous systems.

Up next in our Real Talk series is Rod Modell (a.k.a. DeepChord), a dub techno luminary and sound-designer with 25 years involvement in electronic music and over 50 releases under various aliases and styles. He’s featured a lot on the XLR8R pages over recent months, with an Influences podcast and a number of release reviews, but this submission is sure to incite some discussion.

Just several months ago, XLR8R reached out to Rod see if he’d be open to a feature and/or a mix based on his latest LP, Auratones. Needless to say, a lengthy email exchange began that covered various different topics, including the modern state of music journalism, Andy Warhol, and the inherent lack of diversity or imagination in interview questioning. Buried within one of Rod’s replies, a detour if you like, was a fairly detailed passage seemingly suggesting that recent techno music is “irresponsibly” made and that it may be “destroying nervous” systems through its harshness. “The beauty in techno is gone,” he explained, adding that his most recent sound collages are inspired “more by Andy Warhol’s artwork, or William Burroughs‘ cut-ups more than any music.” Naturally intrigued to know more, XLR8R asked him to elaborate as part of our Real Talk series. This is what he had to say.

In the 1990’s, I began collaborating with Michael Mantra. Mike was an extremely gifted musician who lived in California and specialized in brain-hemisphere synchronization music. He understood how to effectively incorporate binaural beats within music to induce positive states of consciousness. We were label mates on Kim Cascone’s Silent Records label.

Working with Mike taught me lessons that I regard as some of the most important things I’ve learned about making music, and still practice today. Mike taught me about the world of “soft noise.” He taught me about the responsibility of making sounds that don’t disrupt the subtle energy fields (“chakras”) of the human physiology and to use sound as a gradient for creating positive states of mind and improving the lives of others.

“Music can miraculously heal conditions that modern medical science can’t. But music can also negatively affect one’s well being if the sounds are used carelessly.”

When I first started working with Mike on projects, it was difficult. I would contribute sonically, and often Mike would let me know that my parts weren’t “soft” enough. He classified sounds into two main categories: “soft noise” and “harsh noise.” Often, the sounds that I was using back then were a little too harsh for Mike. I accepted his (constructive) criticism and continued working diligently on the collaborations, making adjustments to the sound as Mike suggested. At the end of the project(s), I felt that I learned more than I could have from any music university. Mike taught me that music was more than merely sounds arranged in scale. He taught me that these were energy fields that interact with the vibratory fields of human beings, and can positively (or adversely) affect people. Music can miraculously heal conditions that modern medical science can’t. But music can also negatively affect one’s well being if the sounds are used carelessly. Sadly, Mike passed away in 2014. It was a tremendous personal loss for me… and for the world. I am deeply thankful for the privilege that I had to be a student of his. He professed a Zen-Buddhist approach to sound-design with a higher purpose—sound that wasn’t merely for entertainment, but for human transformation and healing.

“When you combine harsh noise and one of these monster sound-systems, there is serious potential for damage and physiological unbalance.”

In the past decade, I’ve experienced some commercial success with my music and had the opportunity to play in clubs around the world. In these travels, I’ve heard many things that make me think about Mike’s teachings. I think that techno is getting harder and harsher in recent years. I was watching a certain artist perform recently in Berlin and honestly had to leave after about five minutes into the set. It actually felt like I was sustaining nervous-system damage. It was brutal. After this experience, I started contemplating what the artist’s responsibility is in all of this (if any). When we perform, we are hurling sonic projectiles at people. The sound-systems installed in these clubs today are getting more and more massive and powerful. When you combine harsh noise and one of these monster sound-systems, there is serious potential for damage and physiological unbalance.

I came into the “techno world” during the early 1990’s in Detroit. The music was soft and round back then. There were lush strings, melodies, layers of exotic percussion, and references to jazz and soul music. Over the years, the sound keeps getting more and more scaled back, and it seems that today, many tracks are just skeletons of the deep warm sounds of early Detroit classics.

And to be honest… I AM a fan of reduction, but I think it’s more important to pay attention to the “harshness-factor” in this reduced sound. When you have so much negative space in a track, what’s there is 10 times more important. In many ways, I think the music being created today is a response to the huge sound systems popular in clubs lately. Artists are creating food for massive Funktion One and Void Acoustic systems. It seems to me that these systems are amazing at reproducing hard transients, and maybe less good at reproducing layered textures with slower transients. Whatever the reason, the sound is getting harder and more physical, so perhaps more care is necessary in selecting sounds used in the music.

To be clear, I am not suggesting that music be made in any particular way over another way. I’m merely suggesting my observations and offering food for thought. Maybe softening things a little could make it more cerebral? Giving more attention to the way sound affects the mind instead of just thinking about the feet could be good.

Enveloping a dancefloor in a strange mystical ambient fog floating above the kicks and bass, blurring the edges a little, and making the sound fuzzier could be a good thing. I think there is an increased popularity in ambient music these days. It seems ambient had it’s heyday back in the mid-1990s, and then became progressively less popular. Maybe this recent resurgence in ambient popularity is a reaction to the harshness experienced on the dancefloor? Maybe we’re craving something to counterbalance this aggressiveness?

“… this subtle beauty seems to have been replaced by pummeling, bludgeoning intensity.”

Some new dance music is more aggressive than the hardest Japanese noise music or heavy metal. Back in the early ’90s, techno presented a science fiction aesthetic. It was futuristic art. Music to be played inside the Niterói Contemporary Art Museum, or a planetarium before the show started. It was subtle, inducing visions of celestial bodies and outer space. I vividly recall the intergalactic artwork by Rufus on Transmat in the ‘1990s. Rufus’ artwork was the visual accompaniment of this futuristic sound. But this subtle beauty seems to have been replaced by pummeling, bludgeoning intensity.

Sometimes this can work for the short term. It induces excitement when you walk into a dark, foggy club. My concern is the long-term effects this can have on the nervous system. The cumulative effect… considering Mike’s teachings mentioned above. And also, once again I want to reiterate, I’m not going so far as to make any conclusion about what is better or worse, but to provide food for thought. Maybe it’s worth experimenting with softer forms of dance music. I am seeing some artists who once were only known for their hard aesthetic, branching out into more exotic forms of electronic music. Anthony Child’s Electronic Recordings From Maui Jungle Vol 1&2 come to mind.

Also worth touching upon is timelessness and disposable nature of modern techno tracks, and the possibility of there being some correlation to the “softness of the sound” influencing this. I’ve noticed many of the hardest techno tracks seem to be released, peak-out, then dwindle into obscurity all within in a short period of five or six months. The music is seemingly becoming more disposable. There aren’t as many timeless classics being introduced today.

“I wonder if the harder-edge of current tracks contributes to a shorter lifecycle of the music.”

Stuff like Aril Brikha’s “Departure in Time,” Moritz von Oswald and Mark Ernestus’ “Round One – Round Five,” “Lifestyles Of The Laptop Cafe” by The Other People Place, or “Soundtrack [313]” by The Detroit Escalator Company. These records were milestones for me. Like the classic ambient releases on Apollo (sublabel of R&S Records in Belgium), and Kompakt. When I bought these records 15-20 years ago, I was amazed when I first played them, and they didn’t leave the turntable for months. I wonder if the harder-edge of current tracks contributes to a shorter lifecycle of the music. Much of today’s dance music is only applicable to the dancefloor, rather than something one would listen to in a quiet living room while having a cup of coffee. It seems that with some of the old techno classics, they were just as enjoyable in your car, driving around Detroit on a cool autumn day, as they were in the club. Music that has a meaning outside of the club-setting may better transcend into the realm of “timeless music.” Softening up the sound a little could give a dual functionality to modern tracks.

I think in many ways, hard rhythm and bass provide the propulsion of a track, but the subtle ambient details stimulate the mind. Many artists are only concerned with the propulsion element today, but the awesome beauty of a track lies in the quiet details. The majesty of a track lives in the soft, out-of-focus bits that you didn’t realize you’ve heard until they’re gone. The sounds of the peripheral. These are the sounds that take the mind on a journey and provide balance. These are the transformative sounds.