Real Talk: Locked Groove on Electronic Music in the Mainstream and Why It’s Not Necessarily a Bad Thing 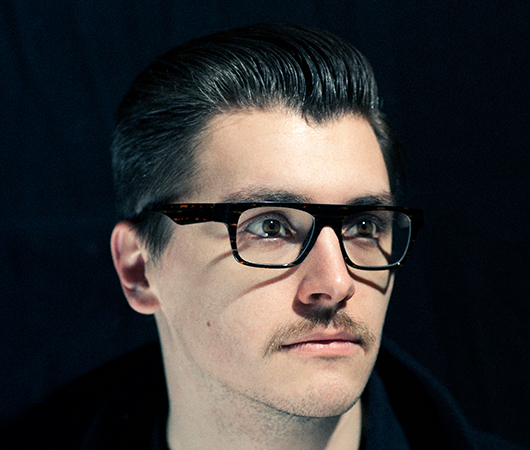 Real Talk: Locked Groove on Electronic Music in the Mainstream and Why It’s Not Necessarily a Bad Thing

‘Real Talk’ is a series of artist-penned essays that appears on XLR8R from time to time, and our latest installment features Locked Groove (a.k.a. Tim Van de Meutter), who recently released the ‘Thesseus’ EP, his debut outing for Permanent Vacation. Like many of us, the Belgian-born, Berlin-based artist has noticed the rising tide of electronic music in mainstream culture—and the subsequent backlash from fans who predate the EDM era—and wanted to take the opportunity to talk about how pop crossover and increased exposure doesn’t have to be a bad thing.

To start off, I’d like to say that everything in this little piece is just my own opinion. I realize there’s no real right or wrong on this topic. Everyone has a different take on this and that’s how it should be. Music has or should have the power to stimulate discussion and force people to interact with each other, be it in a constructive or destructive way. Again, this is how I see it.

The Here and Now

Recent years have seen a significant increase of electronic music acts in the mainstream, acts that were generally unknown before, but suddenly became appealing to a wider audience. Some will say they sold out, but did they? And is it such a bad thing that electronic music is suddenly a lot more present in the everyday musical landscape?

At least not from my point of view. The only thing I see is a lot of chin stroking and self-righteous keyboard warriors. Just because an act that was relatively unknown before found a way to make their product more interesting, it’s not as though they suddenly turned into the musical equivalent of the Antichrist.

Obviously, there will always be exceptions to the rule. A lot of people are in this for the money, but the same can be said about any art form or job. Ultimately, it boils down to what you want from it as a person, from a creator’s perspective. If that something is making a lot of money over a short period of time, then so be it.

Of course, there are people who will misinterpret the previous statements. I’m not a lobbyist for the massive machine they call EDM. There’s a lot of bad music on the market, made solely for monetary gain. And this is not only the case in mainstream music.

In a time where everything is instantly available through a multitude of platforms, there is no real underground. There’s good music and bad music, and that’s how it always was in my opinion. Again, this is open for interpretation.

What frustrates me the most is that “pop” or “mainstream” has such a negative meaning these days. Let’s go back a couple of decades.

Prince was and is a full-on mainstream act. It’s pop, but I don’t think I’ve ever met someone who refused to listen to Prince because it was too ‘mainstream.’ Yet this is exactly the mindset a lot of people seem to be in now with the current wave of pop music. The minute there’s a housey beat injected into a pop track, there’s generally an internet wave of hate that follows it.

The ability to place music in perspective and take it for what it is seems to have been lost along the way. Let’s fast forward again to the here and now. Let’s take an act like Disclosure.

Disclosure is an electronic pop act in its purest form. The pair has undergone a transformation from a house duo to an act with significant mainstream appeal. Is that a bad thing? Again, I don’t think so. It’s pop music, a product, intended for an audience ranging from your seven-year-old niece to your grandmother. And that’s a beautiful thing, I think. These guys have taken electronic elements and skillfully managed to inject it with pop sensibility.

I can already hear some hearts breaking while I’m sitting here typing this. Music, a product?

Yes, music is a product in a lot of ways. It’s the product of an industry where a lot of money changes hands, so at the end of the day, it has to have a certain market value. That doesn’t mean you can’t put a lot of love, passion, and hard work in your craft. But it still is a product. This is, of course, only one side of the story. Music is also an artform, something that can be free of any restrictions. Money being one of those restrictions.

Still, why is it even a bad thing to like a pop song? Why should we even have this discussion?

Everyone should decide for themselves what they like. Even if that means listening to gabber at 120 dB every day from nine to five, so be it. It’s your call. Trying to force something on people that isn’t their thing is a battle lost, before it’s even begun.

Music is and will always be a personal thing, just like food or art. It’s something you like or don’t. Judging people for the music they like is like judging someone because they don’t like broccoli. These daytime-radio pop tracks may not be to our liking, but maybe, just maybe, if we can get 1% of the people listening to them to become genuinely interested in electronic music and its culture, then that would be something to celebrate.