Real Talk: Romans on the Importance of Techno in the Face of Fascism

Gunnar Haslam and Johannes Auvinen (a.k.a. Tin Man) reflect on techno's role in the fight against fascism. 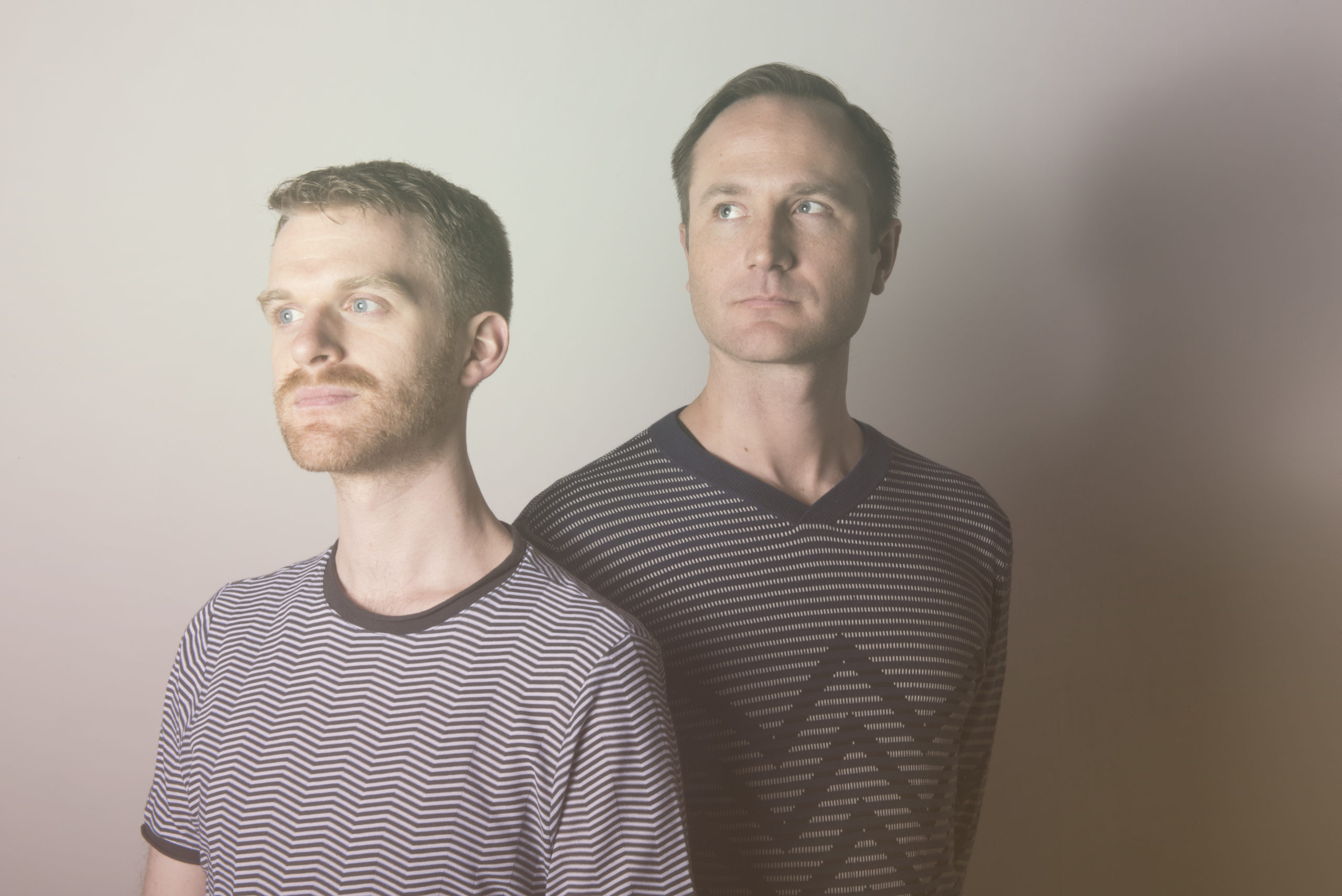 Real Talk: Romans on the Importance of Techno in the Face of Fascism

Gunnar Haslam and Johannes Auvinen (a.k.a. Tin Man) reflect on techno's role in the fight against fascism.

The latest in our series of artist-penned essays comes from Romans, the collaborative project of New York techno producer Gunnar Haslam and Vienna-based acid evangelist Johannes Auvinen (a.k.a. Tin Man). Its roots date back to 2014 when they released Romans 1 on Global A Records; and, since they, they debuted on The Bunker New York in 2015 before returning to the label earlier this year with the first Romans album, titled Valere Aude. The project, both explain, is a “third entity,” a joint endeavor that must be considered separate to their respective successes as solo artists—of which there is a considerable amount upon which to reflect.

Last week, however, Haslam and Auvinen downed their studio tools and picked up their pens to write what is a profound and powerful essay reflecting on the events of the past 12 months and elaborating upon techno’s role in the fight against fascism. In the interests of honesty, we didn’t wish to run it so soon after our previous addition to our Real Talk series—but following the catastrophe of the past week during which Donald Trump has gone to work on undermining both human rights and his nation’s constitution, we could wait no longer.

2016 was a pretty rotten year, culminating in the election of Donald Trump as President of the United States. And while his win may have been a shock to many, it seems in retrospect the only logical outcome of a pervasive rise of far-right nationalism in all corners of the globe. Luckily, Tin Man, my partner in Romans, and his adopted home of Austria were able to stave off this epidemic with their rejection of Norbert Hofer and his Nazi-founded Freedom Party, but the infiltration of the far-right into governments around the world is not abating anytime soon.

While 2016 was bad, things have already gotten appreciably worse and will continue to do so. It is important that we—those of us who listen to techno and experimental electronic music, who like to go out at night and hear loud sounds—should digest these recent events and figure out a way forward, especially since the more underground aspects of techno will surely be made into targets. Just playing defense and figuring out how to keep clubbing in an extremely conservative environment will not cut it; techno and its community will need to actively change things. Because fascism thrives off of complacency: it infects a system by reducing the opposition’s ability to propose anything different.

Nightlife and non-mainstream subcultures are often the first targets in a far-right government. We have been here before, but on a smaller scale: New York, 1994. Rudy Giuliani was elected mayor in the face of a New York that for decades had been torn apart by heroin and crack, white flight, predatory banking, and housing industries, and the sustained disappearance of jobs in any sector other than finance. His answer was not to address any of those issues, but to instead attack the marginalized communities that had been suffering—the homeless, the poor, and the kinds of people who went to clubs. His dismantling of the New York club scene as part of this “crackdown,” alongside the many other ways his broken-windows philosophy took action, led many to call him a fascist. His supporters concede that point but would say he was the “fascist the city needed.”

Giuliani’s win in 1994 can be, in part, attributed to a string of center-left mayors who put up little resistance to the increasing austerity imposed on the city by the banks. Adam Curtis, in his 2016 documentary “Hypernormalization,” argues that one reason the left has been continuously on the defensive for the past 30-plus years has been because it offers no vision for a different future, just minor tweaks to the system we already have.

Neoliberalism, the unshackled free-market capitalist worldview, swallowed up Western democracies as the Cold War was ending. It delegated power to the market and financial institutions while taking power away from the government, and promoted capitalism as the only feasible structure for society. It removed the ability to imagine any society other than a capitalist one; and events like the 2008 financial crisis, rather than shake up the system, saw capitalism entrench itself even deeper (tragically, Mark Fisher, whose k-punk blog and book “Capitalist Realism” discussed this so well, died a few weeks ago). So while capitalism and small tweaks to it became the only valid political ideas, the government’s role was reduced from that of creating a better world to one of simply preventing a bad one. The messages conveyed by politicians were changed from “Here is how we will make things better” to “Here are all the ways that it could be worse.”

Psychologists might call this a shift in regulatory focus. Decisions can be viewed through the lens of either promotion or prevention: a promotion-orientation focuses on making something better, while prevention focuses on avoiding a negative outcome. Neoliberalism encourages viewing the world through a lens of prevention in order to maintain its own stability and routinely places societal focus on disasters to avoid (terrorism, economic crises) instead of areas to improve, breeding the complacency it needs to sustain itself. Worse, it has profound implications on the emotional makeup of a populace. A positive outcome with a promotion focus results in euphoria while a negative one results in depression. With prevention, this spectrum switches, with negative outcomes breeding anxiety while positive ones result in a sense of relaxation. With a prevention focus, potent emotions with powerful artistic merits (euphoria, depression) are traded for ones that never really fuel creativity (relaxation, anxiety).

Liberalism has infiltrated techno, and dance music as a whole, over the past years. Social liberalism, the idea of a more inclusive community and dancefloor, is a good and noble endeavor, and the fight to make dance music more socially liberal must not end. Yet at the same time, economic liberalism, or neoliberalism, continues to consume the world of techno. It puts profit before community in the form of increasingly expensive clubs and events co-branded with international corporations. It presents music through the lens of social media pages hungry for clicks and likes, used to build the brands of DJs, promoters, clubs, and media outlets alike, all seemingly indifferent to the actual content of the music underpinning the whole system. That capitalism is such a rampant part of dance music is no surprise, but it is directly opposed to those inclusive, socially liberal goals, as capitalism only further gentrifies the community through escalating cover charges and record prices. By encouraging everyone to participate, while simultaneously raising the cost of entry, capitalism reduces dance music into a subculture of contradiction, making the whole thing seem meaningless. Further, the fact that these two ideologies of social and economic liberalism formed the platform of the the Democratic Party in the US and many center-left parties worldwide underlines why the left continues to lose globally.

In the world of dance music, neoliberalism breeds an unhealthy sense of competition, with all players viewing their surroundings and their communities through the lens of a zero-sum game. Artists see attention and clicks given to any other artist as a threat; promoters see other parties as a threat; websites and social media channels see eyeballs pointed away from their online spaces as a threat—reinforcing a prevention focus. The neoliberal focus on the individual has resulted in parties where the audience’s gaze is pointed at the DJ rather than the community—where partygoers feel like observers and consumers rather than participants. Media continues to push the narrative of the artist as a solitary genius rather than a reflection of their surroundings, influences, and forebearers.

What techno needs is what leftist movements across the world need, and which, ironically, goes all the way back to techno’s foundation: a vision of the future. Techno began with the sci-fi futuristic ideas of Jeff Mills, and needs to look again to the future if it has a hope of remaining anything other than an entertainment industry. Techno needs to reassert itself as something with substance. It needs to look past its immediate goals of having a good night out and look outside itself with the conviction that it really can change things, requiring a switch of regulatory focus from prevention to promotion. In our current environment that switchover is hard (and with Trump in the White House it will almost certainly get harder) but without it we cannot even begin to envision what a better future might look like.

This means dropping the obsessive focus on ourselves, our new podcasts, our social media feeds; shifting focus away from the individual and seeing each member as part of a larger, shared vision. It means DJs confronting painful truths (the environmental disaster of flying in a plane every weekend, for example), and striving for a more honest relationship with their audience. It means trying to adjust the profit motive so that one’s music and gigs are accessible to everyone regardless of circumstances or income, while simultaneously asserting that a musician’s work has real monetary value and should be compensated.

None of these dilemmas have easy solutions, and I won’t pretend to have any answers, but as a community, not as isolated individuals, we can begin to imagine a better way. Through solidarity along class, gender, racial, religious, and all other lines typically used to divide us, techno can promote itself as an agent of change rather than stasis. By meeting up with each other in the real world (i.e. offline), talking, and organizing, we can begin to reassert techno’s meaning, and imagine a different world through techno. Armed with a vision of the future, techno can lead to real political change, and it has to. Because the far-right has already played its hand and won, and it is betting on our complacency.

Social tensions resulting from a growing gap between the middle classes’ expectations and reality are largely to blame for the current political situation. The middle class expects unending abundance and an ever growing economy. Historically, when these expectations are not met, the disaffected flock to fascist and revolutionary politics. The financial crisis of 2008 has brought us the current political circumstance and I do expect that we will see revolutionary violence if the economy does not improve. It looks now as though we are racing towards the edge of a cliff.

I feel optimistic about my colleague’s suggestions. I feel the best course of action for the underground is to double down on its power to invent the present and a future.

Agents of the underground can work through a symbolic expression of unity that is not connected to existing figureheads or even protest movements. We do not need to always meet our adversary head on. Collective actions will be essentially good without an expressed reactionary agenda, but rather a celebratory creative spirit of possible worlds.

There will be changes that will need to be reckoned with. Justice and liberty will be trampled in the indifferent halls of a fascist state. We will need to double down on our support for human dignity and all those that will be attacked by those bigots that seize control. Under fascism, we will also need to defend the laws of ethics. Because the fascists will try to redefine those laws, we will need to be vigilant in restating the rules and expand our definition of ethics to include all which is good for society in a broader sense.