The Canadian powerhouse gives insight into the inner workings of his studio and the essential pieces of gear that lend to his ever evolving sound. 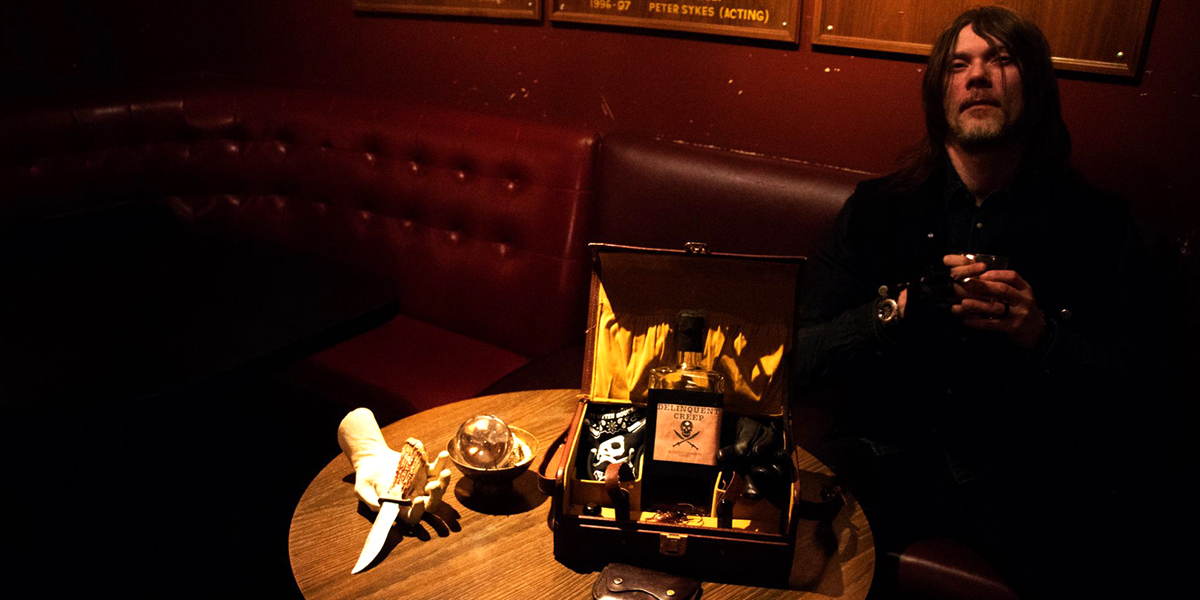 The Canadian powerhouse gives insight into the inner workings of his studio and the essential pieces of gear that lend to his ever evolving sound.

With the rate at which the electronic music scene and its genre offshoots morph and change, it’s easy to overlook those artists that were there at the beginning pushing the scene the forward in interesting ways. Of course, some of these pioneering artists drift away and become less relevant, while others simply hang up the turntables altogether, but there are a handful of DJs and producers that have unwaveringly stayed ahead of the game, churning out tracks that even the brightest of young producers would be envious of. Canadian artist Jay Tripwire undoubtedly sits in the latter category.

Since his first forays on the scene in the early ‘90s, Jay has released well over 300 vinyl records and countless digital projects on labels such as Superfreq, Nordic Trax, Bass Culture Records, Nervous Records, and Natural Rhythm, as well as DJing in every corner of the globe with an operating soundsystem. Although he considers himself a DJ first and foremost, Jay’s production savvy, output, and ability to stay one step ahead of the game is staggering. Alongside Mr. C, he’s is credited as being one of the first proponents of tech house, but his sound reaches well beyond the confines of any one genre; as long as there is groove involved, you can be assured Jay will provide his idiosyncratic take on it.

With such a deep background and obvious breadth of knowledge, XLR8R enlisted Jay to provide insight into the inner workings of his studio and the essential pieces of gear that lend to his ever evolving sound.

Right off the bat, I tune everything to 432, including the master tune in Logic.

I have a fast workflow in the studio—I don’t dwell on things for very long and I like the raw original feel that creating a good groove puts forth. I feel that without that groove a track lacks the fundamentals needed for a dancefloor.

I start with the drums then move into the bassline and then onto things like pads or chords patterns, with voices and effects at the end to finish it off. I start with my main groove and then add to it until it feels solid. I will then copy it out to say bar 209, and then subtract a mix in and mix out. Once I have the rough sketch, I start resampling some of the existing layers and adding them as accents. Sometimes I will reverse the audio or just add a bunch of varied 100%-wet versions in there. This adds little textures and these can wander in and out and pan as they go—which brings me to Automation. I do all the automation as I’m listening to it so I don’t get bored. I only want good intentions to go into this so that is what will come out of it.

This is a very versatile synth. I use it for weird, arpeggiated patterns, basslines, and spacious sounding chords and pads. You can literally run anything thru the synth’s filter and it sounds out of this world. For some odd reason, I can’t get the midi to play back, so I have to do everything live and record it in, which means there is a very live aspect in my tracks when I use the Moog. I often record at least two or three layers from this into Logic.

I don’t care what all the purist haters say, I like this thing a lot. As someone who has owned a TB-303, this update is a lot of fun and would be a solid piece of gear if I were to ever do a live set. The thing about a 303 is it is as good as the person who programs it. Now I’m not an Adonis on the 303, but I’ve proven I can hold my own in making sweet basslines on this mother. One of my tricks is to do a bass version of the 303 as the bassline, with a low-note sine tone underneath to enhance the BOOM; then I record a second high-note version of that acid line as a top trippy layer. To enhance the “walk,” I often choose offset lengths, such as five or nine steps, so it always seems to be walking around the track. Drench it in some very wet delay or spacious reverb and you have people’s faces melting off.

I don’t use this as anything other than a sine tone. If you open it up, it plays a tone. Go down the scale and it’s a punishing sub-bass—just tweak the ADSR a bit and add a tiny amount of analog distortion and you’re all fucking set to punish soundsystems! I used to use a THX81Z for this but it died.

A Microphone and Stuff Laying Around

Stuck on a track? Drum pattern just doesn’t mesh? Need some weird chant or voices talking about deformed bass monsters from the outer realm? Then do it yourself. I’ve recorded a pen tapping and used it like claves; made shakers out of kinder surprise egg toy holders filled with various grains; recorded actual drums; and bit hard into celery or a crisp apple for a clap. It’s unlimited what you can do with DIY shit. A DAW is basically a giant E6400 (for you young people that was a dope sampler back in the day), so treat it as such.

Growing up in the ’70s, I have an obsession with robot voices. This is another new piece of gear that would be super dope in a live show as well as in the studio. I have these nostalgic memories as a kid of vocoder pads and strings, and they are part of the original template for a lot of my favorite proto-house/techno records from the ’80s.